Finish 6-4 behind leadership of eight seniors

The Beacon High School girls’ swim team capped a strong season Wednesday (Oct. 18) at home with a 113-63 loss to visiting Nyack. The Bulldogs had won six matches in a row before dropping their last three to finish 6-4. 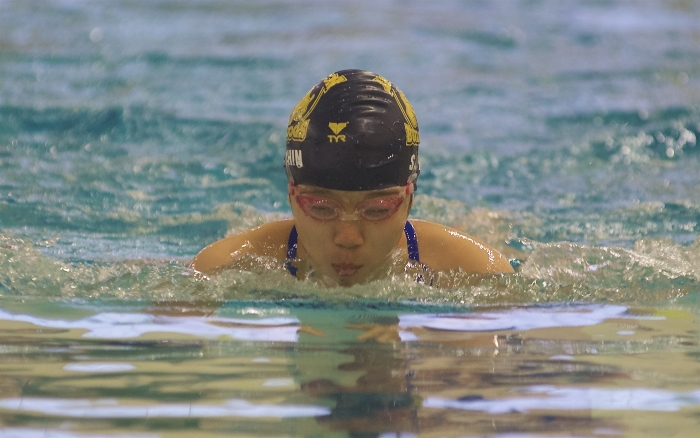 “Thandiwe and Natalie have both done exceptionally well for us all season long,” said Coach Larry Collins. “Jessica, a captain, has done well leading the team and has been consistent in the breaststroke.” 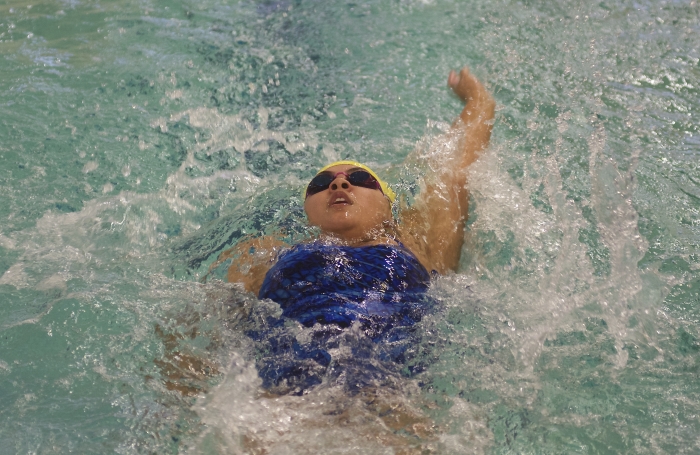 “Our seniors average five-and-a-half years on the team,” Collins said. “All eight have done such a tremendous job for us. Who will follow behind them?”

Beacon will compete Saturday (Oct. 20) as one of 11 teams at the conference championships, held in its own pool. Winners advance to the Section 1 championships scheduled for Oct. 30 in New City. 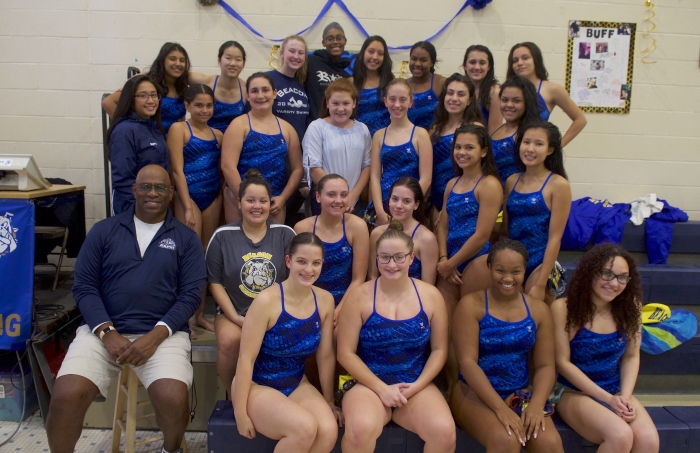 Collins said Ruffy in the 100-yard breaststroke and Knox in the 50-yard and 100-yard freestyle have a good chance to advance, as both have had times that were within the top four best in the conference this season. The team also is strong in the 200-yard freestyle relay, with the third best time. “It’s been a great season for the whole team,” Collins said. “They’ve been very competitive.”