If there are subversive aunties and nursemaids, the children are saner than the adults, magical oversized food appears and there are lots of weird and scary bits, it must be a theatrical adaptation of a Roald Dahl book.

If there’s singing and dancing, it must be a musical adaptation of one.

James and the Giant Peach, presented by the Youth Players at the Philipstown Depot Theatre, will be performed over two weekends starting Nov. 2 on Fridays at 7 p.m.; Saturdays at 4:30 and 7 p.m.; and Sundays at 3 p.m. Tickets are $12 at brownpapertickets.com. It is directed by Christine Bokhour, with musical direction by Paul Heckert of music and lyrics by Benj Pasek and Justin Paul, the pair behind Dear Evan Hansen.

The Current visited the theater on Garrison’s Landing during a rehearsal and found many of the young hams had plenty to say about their characters. 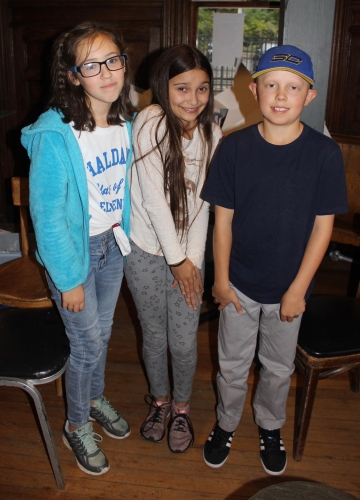 Which one of you is the most interesting insect?

Jasmine Wallis: I am! I’m used as bait, and I have to sing an 11-page song.
Ember Mahoney: I’m a good insect. I’m kind of motherly and protective of James.
Jake Powers: The grasshopper is one of the best insects. He is calm, so being the actor of him is a lot of acting for me.

Is this show funny or scary, or what?

Jasmine: It’s a good amount of scary. It’s emotional, too.
Jake: It’s intense.
Jasmine: The audience is going to be on the edge of their seats.
Jake: The dialogue is not a ‘Oh, hi Bob’ sort of thing. If you get bored, there’s always a song around the corner. 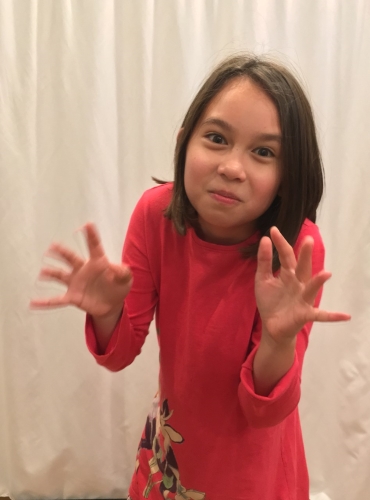 Were you excited to be cast as the narrator?

Sofia Kelly: I was, because I have to act kooky and creepy. I’m going to freak you out! 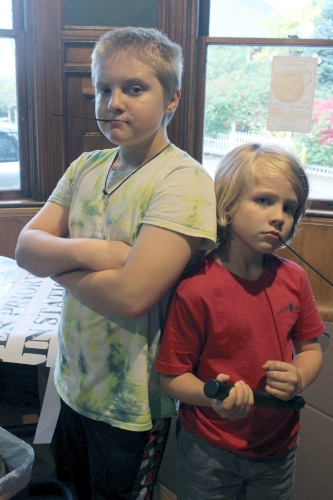 Are you good policemen, or not so good?

Lucky Bell: We get to yell at people for doing stuff. Also, I was in Spamalot.
Ivan Siciliano: We bribe people, so we’re not so good.
Lucky: They deserve our yelling, because they steal everyone’s stuff. 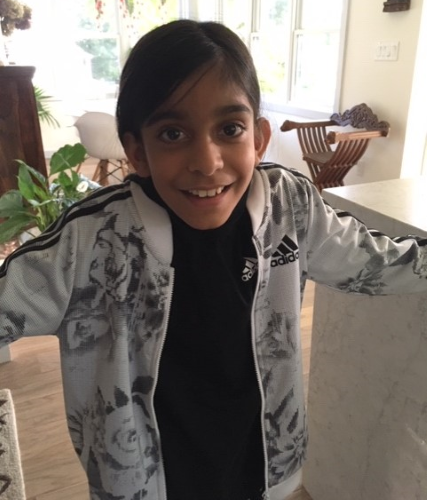 What has playing James taught you about life?

Zohra Kapoor: I learned that you always have to go with the flow because chances are things will turn out good. 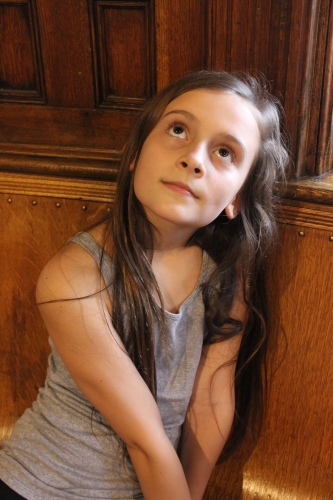 You play eight roles? How do you keep track of things?
Gigi Horton: Entering and exiting is the hardest. Sometimes I rely on the piano, at points in the music. 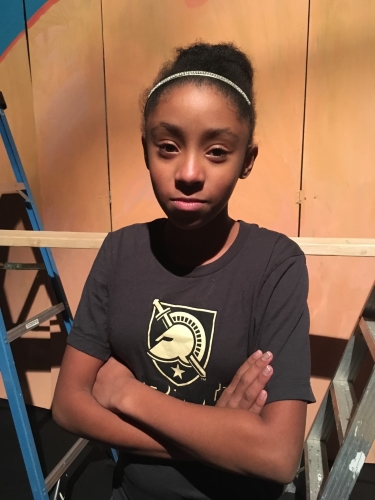 What’s your favorite of the parts you play?
Makaiya Johnson: The matron nurse. I’m evil and I get to lay down the law and yell. This show is a fantasy and it’s mysterious. It leaves you wondering what’s going to happen next. 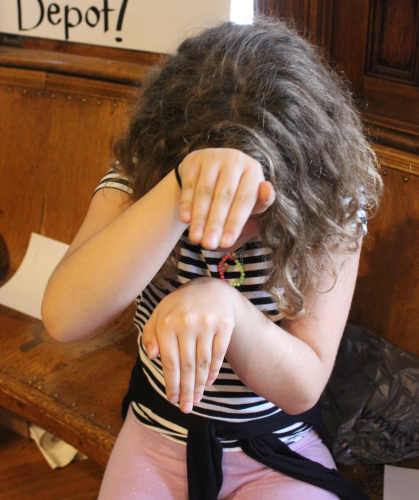 What’s it like having your mom as the director?
Phoebe Bokhour: It’s the third time she’s directed me. I have gotten used to it, but whenever my mom sends out emails to the cast and parents she doesn’t put me on the list. So, last year there were some things I didn’t know about.
How do you like playing a rhino?
Good. We’re made of folded pieces of paper. We kind of eat James’ parents, but there are no moving mouths.
So, you’re not vegan?
We’re definitely not vegan. 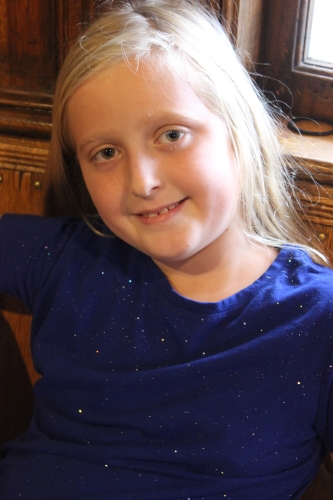 How many parts are you playing, and what’s your favorite, and why?
Maggie Hall: Actually, I have no idea how many parts I’m playing. My favorite is Violet Funkschmeller.
Could you spell that?
Um, I’m not sure. She’s a singing vagrant. She’s a poor lady who needs money. I like her name. 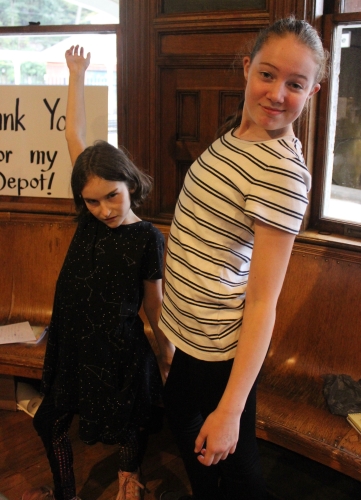 You two are the aunties, Spiker and Sponge. Are you evil or misunderstood?
Helen Hutchison: We’re actually evil.
Elaine Llewelyn: I am more evil than you.
Helen: That’s true. I don’t know what’s happening at the time.
What’s your favorite line in the show?
Elaine: “I’m a friend to money, pigeon-brain.”
Helen: “And bring me some nuts — I’m nibbly.”