Beacon officials will hold a ribbon-cutting at 1 p.m. on Sunday, Dec. 2, to open three segments of the Fishkill Creek Greenway and Heritage Trail, starting behind the 1 East Main development.

The new segments continue along Churchill Street and Creek Drive and will mark about the halfway point of completion of the city-sponsored greenway project, which since 2005 has quietly worked its way from the Metro-North station toward Beacon’s east side. When complete, it will run for 4.7 miles, much of it along Fishkill Creek.

“The concept from the beginning was a continuous trail, basically from the train station to the town of Fishkill,” said Thomas Wright, who has chaired Beacon’s greenway committee since 2016. “But more than just the length and continuity of it, it was the location. It was critical for us to have it as close as possible to the creek because it’s a major component of the landscape and history of Beacon.

“It’s also a component that a lot of people didn’t have much access to. We felt like it was important to get people as close as possible to the creek itself, hence the name.” 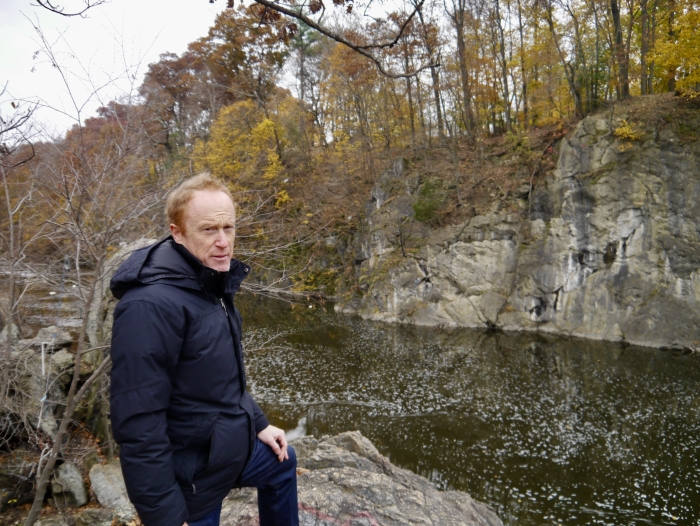 Thomas Wright along the trail (Photo by J. Simms)

The paths opening this weekend are marked by a stone dust surface about 8 feet wide. They cross sidewalks and parking lots but just as quickly return creekside to the rushing waters that sustained the city a century ago.

The trail project was born out of Beacon Deserves Better, a grassroots citizen group that opposed a transit-oriented development proposal in the early 2000s near the train station. Since then, the greenway has become part of the city’s long-term planning — so much so that the City Council in 2014 amended the zoning code to require developments along the creek to allow greenway access. In some cases, city inspectors have waited for the trail to be accessible before issuing certificates of occupancy for creekside developments.

“I believe the greenway trail has a little bit for everyone ultimately, with the balance of the environment and wildlife,” said Rodney Weber, who owns the Churchill Street and Creek Drive apartment complexes. “This is a great opportunity for Beacon to further its sophistication as a forward-thinking, responsible community.”

A third Weber project, at the city’s adjacent former Department of Public Works site, will also include greenway access. 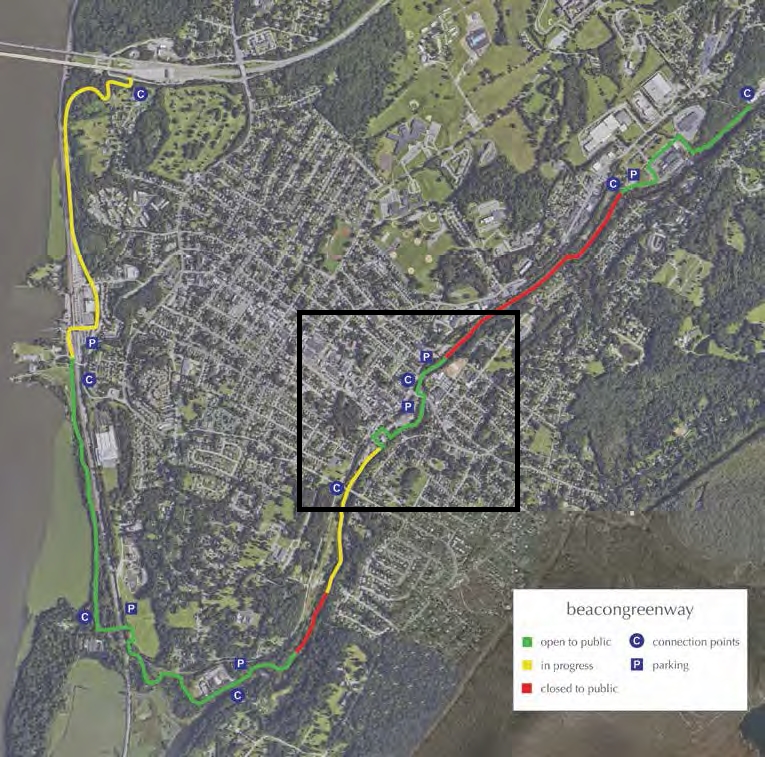 The new segments are within the boxed area, in green.

For Wright, who moved to Beacon in 2005 with his wife, Meredith Heuer, the greenway initiative was a natural fit after landing here.

“It’s easy to get involved in Beacon,” Wright said. “[Former greenway committee chair] Jim Korn proved as much with his earlier advocacy for a trail at what became Roundhouse Park. This is clearly a community where you can show up and have a say.”

In time, the Fishkill Creek Greenway and Heritage Trail will become part of a network of hiking and walking trails in and around Beacon. Scenic Hudson is heading the effort to create the 7-mile Fjord Trail linking Cold Spring and Beacon, while just north of that trailhead, Beacon officials are planning another path toward the Fishkill line on the city’s west side.

The Metropolitan Transportation Authority-owned rail bed along Fishkill Creek has been discussed as being included as part of the statewide Empire State Trail, as well. 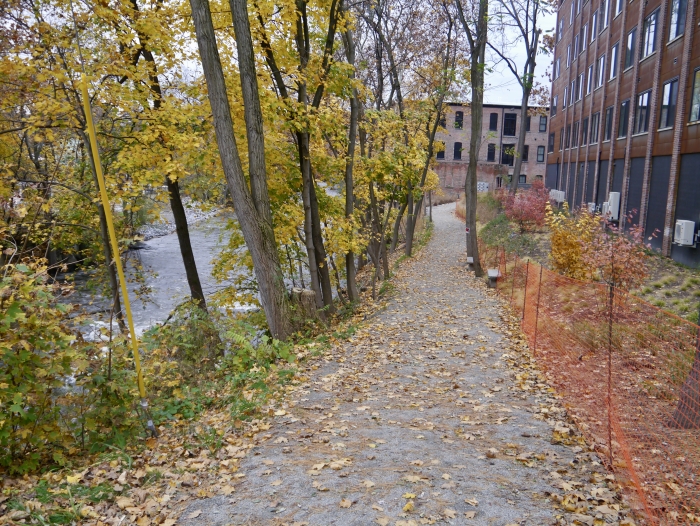 The increased walkability and access to the natural world seems to suit Beacon residents, who in a 2016 planning session for the update to the city’s comprehensive plan named greenways and linkages to other trails as their second-highest municipal goal, behind discouraging development that destroys natural features.

The Beacon greenway currently ends at the Rocky Glen gorge, high above the creek. The path there continues along narrow and steep terrain that’s much more like a primitive trail deep in the forest than the municipal walkways opening this weekend.

“Those other paths are a little more urban,” Wright said. “But the consistent theme is the proximity to the creek. As long as we have that, we have something that’s really valuable and, I think, a huge asset to the city.”