Two members of Philipstown’s Boy Scout Troop 437, Randall Chiera and Ethan Gunther, both seniors at Haldane High School, are poised to reach the highest rank, Eagle Scout. Their final projects are complete, and soon each will face a board of review — four or five people from the community, none of whom knows the candidate, firing questions.

“My project was to create a drop box for old flags” outside the Masonic Lodge in Nelsonville, says Chiera, 16, who joined the Scouts in the fifth grade. “It is for people who have tattered and old flags to easily drop them off for the Scout troop to retire. I decided on this after being asked many times by people how to go about retiring flags. I feel it is important that these symbols of our nation get the respect they are owed, and a proper retirement after a long life of service is part of that respect.” 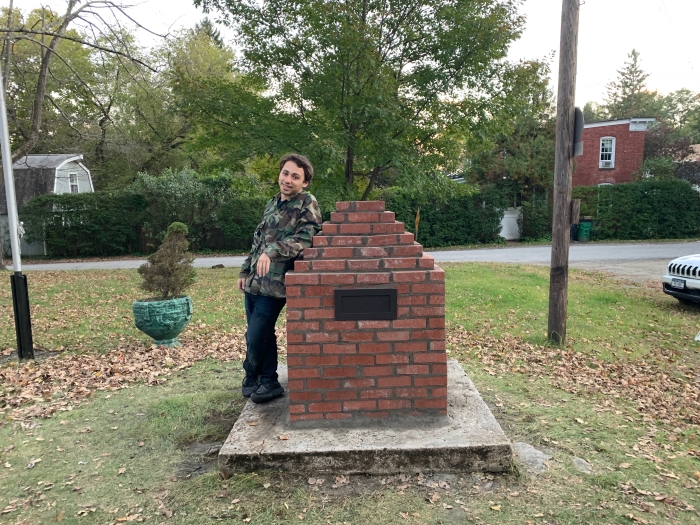 Within two weeks of installation, three flags had been deposited, he says, and on Veterans’ Day, the Scouts held a ceremony to retire a flag they had replaced during a hike on the Trail of the Fallen at Popolopen Torne, near Fort Montgomery.

Chiera has been accepted into Utica College and Penn State to study cybersecurity but hopes to attend the U.S. Air Force Academy.

For his project, Gunther, 17, built a picnic bench at the Tots Park in Cold Spring designed to accomodate physically disabled visitors. “I knew I wanted to do something that had a very clear function, that anyone could enjoy and easily use,” he says. “I also knew that the Tots Park had no good place for families to gather. While digging the holes for the table legs, I found an old foundation, presumably from the old Haldane school.

“I’m a perfectionist and I can’t stand to see something I made not turn out exactly like I wanted it to,” says Gunther, who plans to pursue a career in architecture. “I was thrilled to see that it came out better than I expected.”

Gunther says he joined the Scouts when he was about 6, and there were times after he got older when he wanted to leave because of the work involved. But his father, Gary, who has been scoutmaster of the Philipstown Cub Scout pack since 2009, encouraged him to continue. “I always wanted to be an Eagle Scout,” Gunther says. “I wanted to be a part of that elite group.”

The Boy Scouts have two programs: Cub Scouts for grades kindergarten through five, and Boy Scouts for the sixth through 12th grades. There are seven Boy Scout ranks: Scout, Tenderfoot, Second Class, First Class, Star, Life and Eagle, each of which has specific requirements outlined in the Boy Scout Handbook.

For example, three of the requirements to reach Second Class involve overnight camping, including skills such as building a fire, planning and cooking a hot breakfast or lunch, using a compass and map together on a 5-mile hike, demonstrating first-aid techniques and explaining Leave No Trace principles. 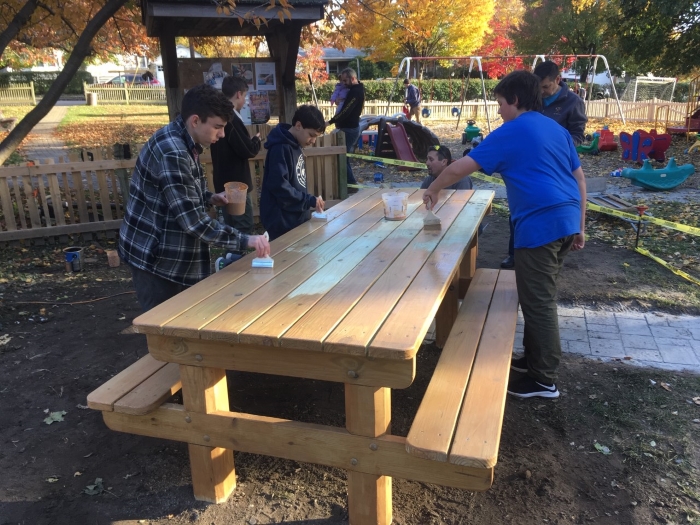 At First Class, the Scout begins earning merit badges, explains Erik Noormae, an Eagle Scout who is a parent and adult leader with the Philipstown Scouts. A Scout needs to earn 21 merit badges to reach Eagle Scout, and there are about 140 in all, from beekeeping to weather, graphic arts to crime prevention and kayaking.

Pursuing the Eagle Scout rank is a big decision, Noormae says. “There’s a maturity level needed to plan, execute and complete the project. The Scout typically comes up with the idea himself. It must be something helpful to the community. He writes a detailed proposal, then determines whom to contact to get permissions and all the other components of bringing the concept to fruition. He also needs to fundraise. There is no supervisor — the candidate runs the project. The purpose of it is to lead.”

The goal of Scouting is to develop leadership skills, he says. “The scoutmaster is there mainly to prevent anarchy! The boys lead. For example, when planning an overnight hike, they learn about first-aid requirements and assemble the kit. They devise a menu. The boys learn to resolve conflicts. They build an appreciation of nature and the outdoors, becoming stewards of the environment.”