Each year Manitoga, the home and garden in Garrison that belonged to designer Russel Wright, invites an artist to create works inspired by its space. 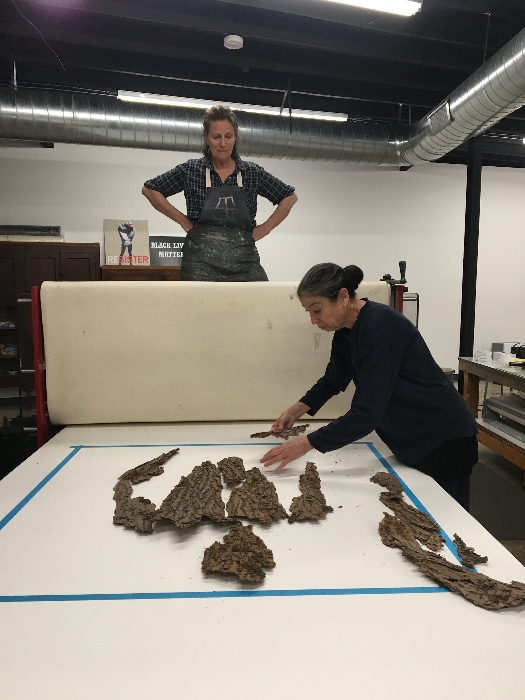 This year Michele Oka Doner, a sculptor, became the program’s sixth participant. Her contribution, Close Your Physical Eye, consists of two installations, the first a series of six monoprints, each representing gods and goddesses of the natural world, created from bark gathered from the forest floor at the 75-acre site. (Unfortunately, there was plenty to choose from, as the hemlocks have been stricken with woolly adelgid.)

She made the prints on handmade paper, also derived from bark, from Wildwood Press. These “forest ancestors”  were framed in linen and hung in the west gallery of the Wright house.

“Are they sentinels protecting Manitoga, our place of great spirit, or seers portending an uncertain future?” asks Allison Cross, Manitoga’s director. She leans toward the former, citing Doner’s “great belief in humanity and its steady march toward enlightenment. Her figures are looming and dark, but I see them as hopeful, a rebirth, from the organic materials.”

The second installation is “Burning Star,” a darkened bronze sculpture made from an ancient oak trunk discovered in Manitoga’s woodlands, then cast at the Tallix Foundry in Rock Tavern. It resides in the fireplace in the living room, which Wright always considered “the burning heart of the house,” Cross says. There are 16 points of candle light on the sculpture, which Doner says represent “the rituals of daily life. I made a ceremony of lighting fire in the hearth, serving a meal.” (She is working on a companion piece.) 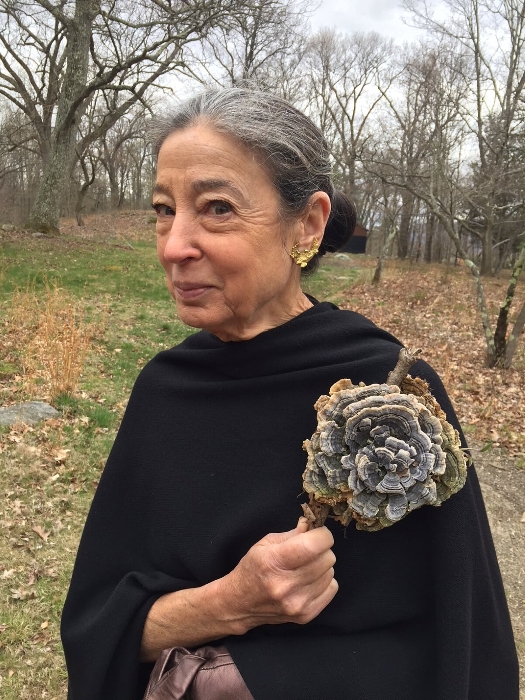 Doner, who is in her 70s, grew up in Miami and attended the University of Michigan. The art department there was part of the School of Architecture, which she believes has influenced her work. After graduation, she remained in Ann Arbor, running a studio, then moved to Detroit and, in 1981, to New York. (She has a studio in SoHo.) She visited Manitoga before it opened to the public in 2004 because she had friends who were tenants in the Wright house.

During the 1980s and 1990s, Doner designed a number of large-scale public art installations, including “Radiant Site,” a mile-long tile wall at the Herald Square subway station in New York City, and “A Walk in the Beach,” a 2.5-mile concourse at the Miami International Airport made of dark terrazzo inlaid with bronze and mother-of-pearl.

Over the past decade, Cross says, Doner has become interested in fire. “The fire can take many forms: the firing of clay, working with her hands, fire as part of the process of casting her works,” Cross says. “Russel Wright was also inspired by fire; he lit his candelabra every night, seasonally. 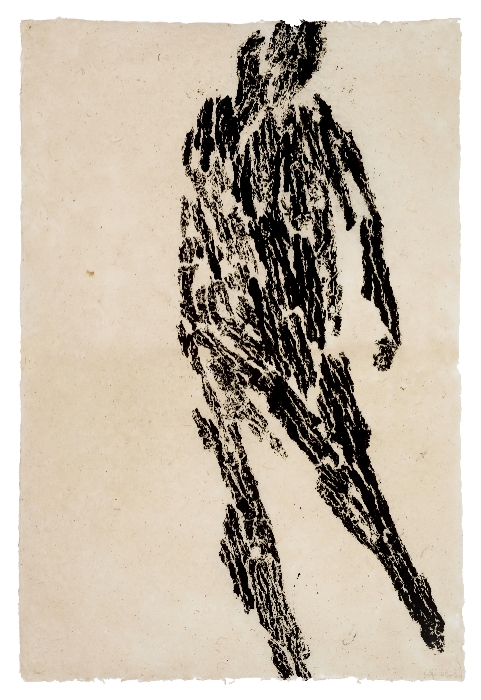 “She talks about work as an evolution, exploration, continuum,” says Cross of the artist, who is also in the midst of a five-year residency at the New York Botanical Garden. “Russel Wright felt the same about process and evolving, about design, ritual. He made a life here that was ritualistic. There are so many connections: grounding in plant life and nature, the idea of regeneration and connection.

“She has a belief that we are in a cycle of which this is just one chapter, and that’s the way it was before our time, how it is now, and that this cycle will continue. Her work delves deep.”

The installation will be on view in tours that begin today (May 10), as well as during programs and events. It runs through Nov. 11, the close of the season. An opening reception for members is scheduled for June 8.