The Beacon City Council will hold an informational session at 7 p.m. on Monday, May 20, to discuss the city’s first-ever revision of the dense zoning tables that dictate how parcels can be used.

Originally drafted more than 40 years ago, the tables live in the Building Department and outline the uses allowed in each of the city’s zoning districts, along with the dimensions — such as setbacks from the boundaries of the parcel and the height of buildings — that property owners must conform to.

But after four decades of urban renewal, the city’s deterioration in the 1980s and early 1990s, and Beacon’s recent growth spurt, the tables are filled with so many amendments and footnotes that city officials say they’re challenging to decipher.

“If city staff has a hard time with this, how can we expect the public to understand it?” asked City Administrator Anthony Ruggiero. 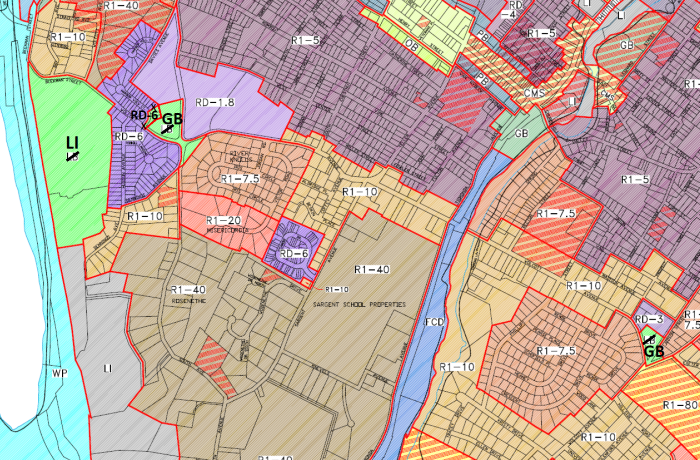 That was the impetus nearly a year ago for the council to assign a consultant, John Clarke, to wade through the tables and create a more manageable document. In some cases Clarke went line-by-line through decades of zoning code and changes. His streamlined guidelines are nearly complete, and the public will be asked to look them over on Monday. (The effort complements the ongoing review by the City Council that could lead to changes in city zoning; Clarke’s work condenses and collects the current guidelines in one place.)

The session will function much like a public hearing, with residents given the chance to ask questions about the changes. A formal hearing will follow at a later date before the council votes on the amendments.

Most prominent in the changes is the elimination of several nearly duplicate zoning districts. The antiquated “parking business” district, for example, which flanks Main Street and is left over from a 1970s plan to create a pedestrian mall, would be combined with the “office business” district.

Together they would form a new “transitional” district that allows more contemporary uses such as artists’ studios, fitness centers or day care centers on either side of Main, along with housing. The current zoning, for the most part, allows only parking lots or residential buildings in the parking business zone.

The new documents also eliminate long-extinct uses such as a skiing facility that, under the present zoning, would still be allowed on Mount Beacon.

Want to open a gas station or a car wash in Beacon?  The new setup would reduce multiple 11-by-17 sheets to two pages of simple X/Y graphs to make it easy for building permit applicants to determine which zoning districts allow which uses. (Hint: Those uses will be consolidated into two lines in the proposed table. They would be allowed by special permit in the general business and light industrial districts.)