Dutchess Tourism, Inc. announced the winners of its 2019 Awards of Distinction on May 7 at the FDR Presidential Library & Museum in Hyde Park. 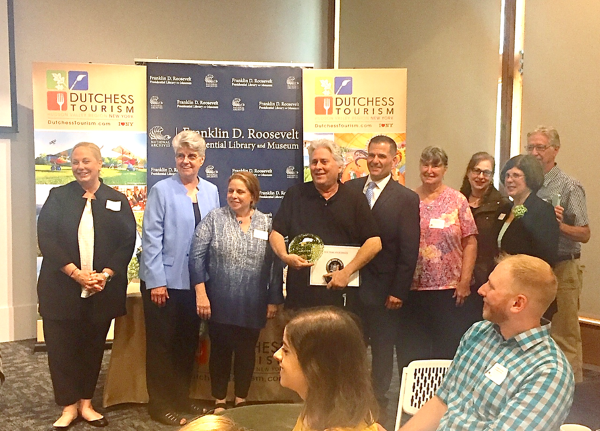 Three finalists were named in seven categories, and the winners were presented with awards made by Hudson Beach Glass in Beacon. Fishkill Farms received the Dutchess County Executive’s Award for Overall Distinction, and BeaconArts was a finalist for the Arts Award of Distinction. The Bannerman Castle Trust won the History Award; the Beacon Historical Society was among the finalists.