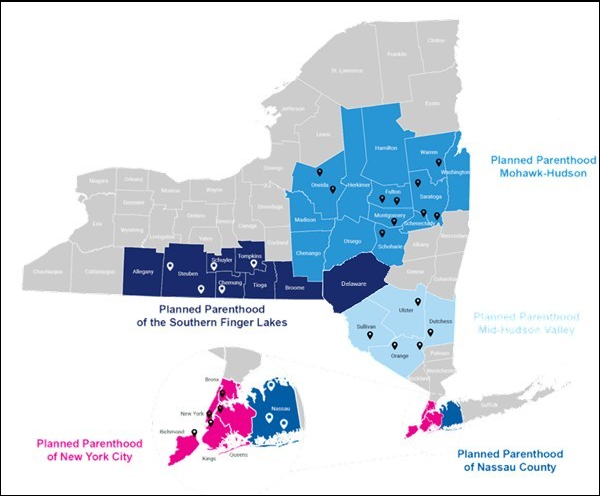 The regional Planned Parenthood organizations that will merge.

Laura McQuade, the president and CEO of the New York City chapter, will lead the consolidated entity. According to the organization, the merger will help standardize operations and medical records, increase bargaining power with insurance companies and streamline administration and specialized services.