Post-season play came to a quick end on May 23 for the Haldane High School baseball squad when the No. 4 seed Blue Devils lost the second of two games in their best-of-three semifinal series against No. 1 Tuckahoe.

Haldane (4-13) opened the Section 1, Class C tournament with a 4-0 loss at Tuckahoe on May 20. Sophomore Dan Santos took the loss, allowing three runs on three hits in five innings, with seven strikeouts and two walks. Adam Hotaling came on in relief and gave up one run on two hits.

At the plate, Santos had a triple, but the Blue Devils never got their offense in gear. 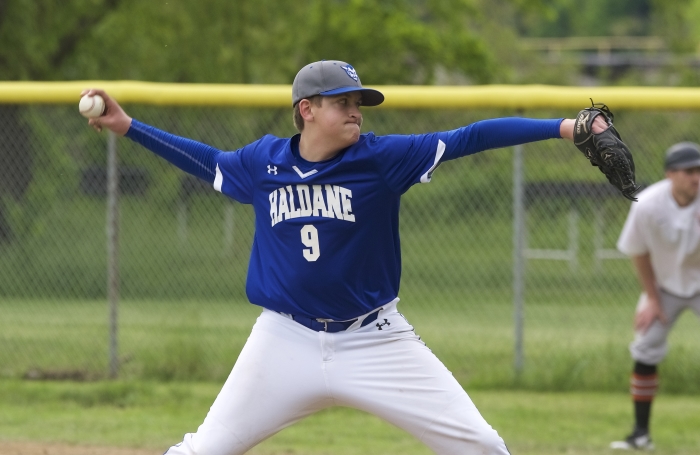 “We had a great [defensive] game, with no errors, and Dan pitched great,” Manager Simon Dudar said. “And Santos gave us a leadoff triple, but we couldn’t get him in. That’s been the story of our year. We scatter our hits, and can’t get the runners in. We had opportunities in the seventh, but again we couldn’t get anything going.

“Their pitcher was decent, but we couldn’t get the ball to fall,” Dudar added. “We had a good game all-around. Santos was our MVP; I couldn’t ask for more from a sophomore. Hotaling and Alden [Dobosz] played nice defense.”

Tuckahoe (18-4) completed the two-game sweep on May 23 at Haldane, rolling to a 10–0 victory in five innings. Dobosz took the loss, giving up seven runs in three innings. Hotaling pitched the final three and allowed three runs. 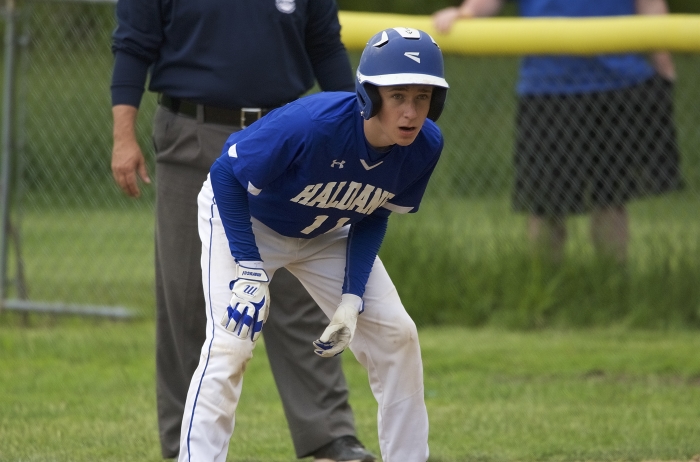 John Bradley watches for signs from the third-base coach. (Photo by S. Pearlman)

“We couldn’t shut them down, and they got a better offensive effort,” Dudar said. “We did hit the ball, but we hit into three double-plays, rally killers.”

Dudar called the 2019 season a rebuilding year. He indicated that next year may be one as well, as the team will lose six seniors, and five starters, to graduation, including second baseman Matt Mikalsen, who was named to the All-County team.

However, Dudar said, “we have some good players coming up, and young players returning. In Class C, the goal is always to win a title [because there are only four teams in the section]. We’ll try to do that again next year.”