A typical artist résumé will include a list of exhibitions — mostly group shows and, less frequently, one-person shows.

It’s uncommon to see two-person shows. But a new gallery called Parts & Labor Beacon plans to specialize in such pairings.

The gallery, which opens on Tuesday, June 4, is the brainchild of Nicelle Beauchene, a Cold Spring resident who owns the Nicelle Beauchene Gallery on the Lower East Side, and Franklin Parrasch, who operates the Franklin Parrasch Gallery on the Upper East Side and is a co-founder of the Parrasch Heijnen Gallery in Los Angeles. Beauchene’s husband, Kent Henricksen, a sculptor and painter who runs the Cold Spring Ceramic Co., is also a co-owner. 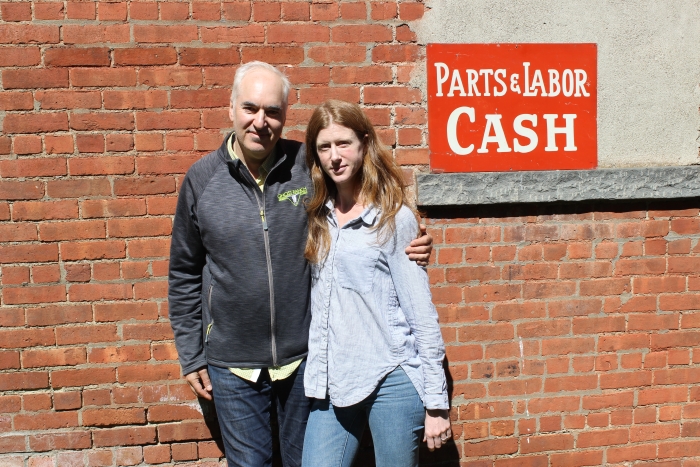 Nicelle Beauchene and Franklin Parrasch (Photo by A. Rooney)

Combining representatives from each group will allow older artists the opportunity “to have their work re-contextualized in more contemporary conversations, whereas the contemporary artists get this great historical context added to their work,” Beauchene explains. Parrasch adds: “In some cases, showing them [older artists] this way can point out their relevance to a contemporary movement.” The dialogue that ensues can “explain connections not always apparent,” he says.

Of their joint venture, Beauchene says: “Franklin and I have been friends for 10 years and we’ve been throwing ideas around together. I moved to Cold Spring, very spontaneously, three-and-a-half years ago, and of course have been looking at Beacon. With Parts & Labor, we want to build conversations. Plus, we’re both extending our client bases.” 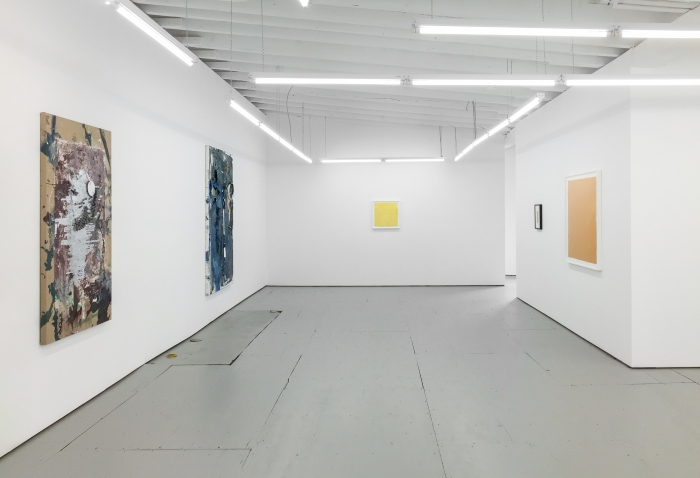 “This gallery has a lot to do with collaboration,” adds Parrasch. “Our artists are carefully chosen, and then we involve them in the collaboration.” In some cases, one artist will be chosen and suggest the other. For instance, in Parts & Labor Beacon’s first exhibit — the partners plan to have five or six a year — the contemporary artist, Rosy Keyser, suggested her mentor from Cornell University, Eleanore Mikus, who died in 2017.

“Their work is very different, so it might not have been an obvious choice, but once you learn the background, it becomes clearer,” Beauchene explains. The Brooklyn-based Keyser will show paintings from her ongoing series, The Hell Bitch, which will be paired with works by Mikus made between 1968 and 2010.

The following show, which will feature Davina Semo and Deborah Remington and is scheduled to open on July 13, “has a lot to do with mechanicals and the notion of something being kinetic,” says Beauchene. “Davina does a series of perforated bronze bells that hang from the ceiling. She uses industrial material and surfaces, while Deborah’s hard-edge paintings have mechanical underpinnings. You might not put the two together, but they make sense.”

Parrasch, who attended Bard, Hampshire College and the Rhode Island School of Design, opened his first gallery in 1986 in Washington, D.C. after responding to a real-estate listing in The Washington Post that offered free gallery space in exchange for managing the building. Beauchene attended the University of Colorado and, after a stint in San Francisco, worked at a gallery in New York City before opening her own in 2008.

They hope the community engages with them but are also aware, Beauchene says, that “most of our constituents are in the city. We know our customer base, but it would be great to build it here, too.”

Beauchene heard about the space from her friend Kirsten Deirup, a co-founder of Mother Gallery, which is Parts & Labor’s downstairs neighbor.

“This immediately felt right,” Beauchene said of the space, which has high ceilings and is located on North Avenue — a hop, skip and jump from the west end of Main Street.

It is no coincidence that Dia:Beacon and the Metro-North station are within walking distance. “We have nods to programs at Dia, and we’re also tied in to how Beacon is growing,” says Beauchene. Adds Parrasch: “Now it’s a circuit. Between Dia, us, Magazzino [in Philipstown] and The Ice House [in Garrison], it’s a full day.”

Parts & Labor Beacon is located at 1154 North Ave. The entrance is at the rear of the building. Parking is available on Main Street or at the municipal lot across Route 9D. Gallery hours are Saturday and Sunday from noon to 6 p.m. or by appointment. See partsandlaborbeacon.com or call 917-664-8861.