It takes a village to protect the places you love

It was the Monday after a beautiful spring weekend in the Hudson Valley when I spoke with Don Cohen about what he did the day before at Minnewaska State Park.

Cohen wasn’t there to hike. He and a group of friends are volunteers known as the Hudson Nor’Westers Trail Crew that takes on projects for the New York-New Jersey Trail Conference at Minnewaska, Schunnemunk Mountain, Storm King and Black Rock Forest.

This past weekend they finished an assignment at Rainbow Falls and will be back at the park over the next few Sundays building bog bridges at the Blueberry Run trail. 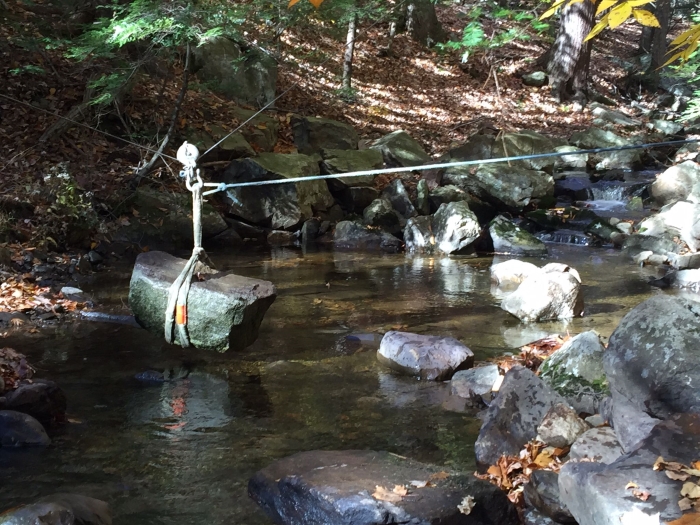 The six to eight regulars might see one or dozens of additional volunteers on any given weekend. Cohen noted that for “I Love My Park Day” in early May, the crew had 30 helpers.

A lifelong hiker, Cohen got involved three years ago as he was approaching retirement. “You’re out in the mountains, working on the trails, you’re with a group of like-minded people,” he said. “Everyone gets along well.”

Volunteer crews are called in by “trail maintainers” whenever a project requires expertise and/or more than two hands. Cohen is himself a maintainer on the Gertrude’s Nose trail at Minnewaska and a two-mile section of a trail in the Neversink Gorge Unique Area in the southern Catskills. “The trail goes down into the gorge,” he says. “There are great waterfalls and great fishing.” 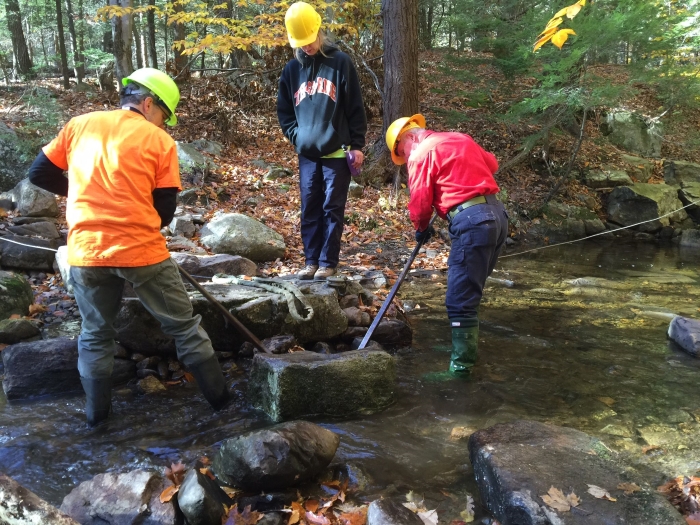 The Neversink came up in conversation again a few days later with Nick Dedring, who lives in Beacon. Dedring grew up fishing in the Catskills and was taught the angler’s responsibilities. “You take care of your water,” he said. “It’s not your personal water, but you have a personal attachment. I still feel that way about the Neversink, the Delaware and the Beaverkill.”

When Dedring got in touch with the Trail Conference to ask about volunteering as a trail maintainer, he was told there was a position waiting within a mile of his house. Dedring is responsible for the Pocket Road trail up Mount Beacon, through Hemlock Gorge and to Dozer Junction (and, no, he doesn’t know how that abandoned bulldozer got up there). 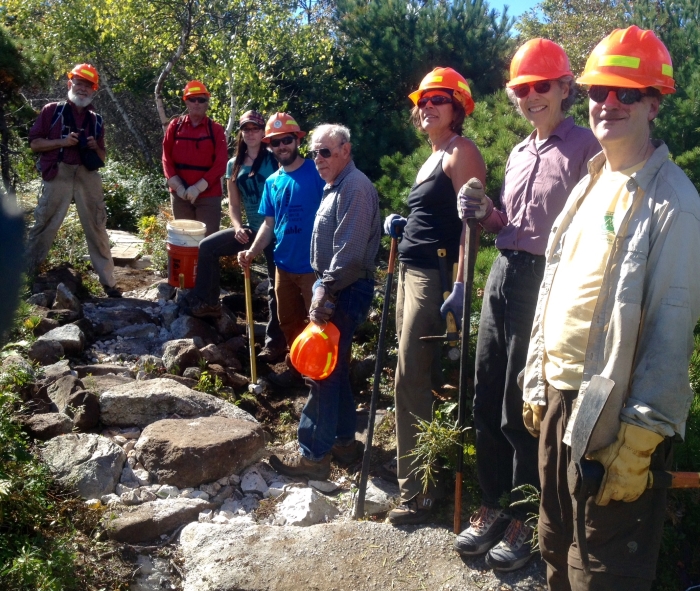 “For me, this was a way to show my daughter what it means to be engaged with your own woods,” he said. “Going up there with friends and family, or even by myself, is a quiet pleasure.” Dedring also maintains the 12-mile Indian Pass Trail in the Adirondacks through the Adirondack Mountain Club.

The Trail Conference asks that maintainers visit their trails at least twice a year to perform basic maintenance such as clearing overgrowth and to note any problems that would require a visit by a crew. 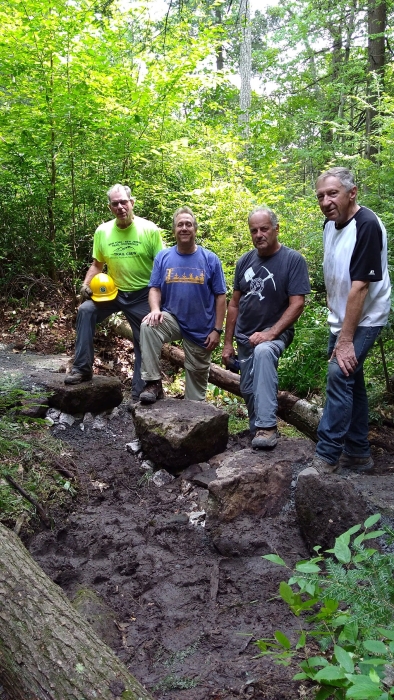 There are a few tasks maintainers aren’t allowed to do, such as anything involving a chainsaw unless they’ve received training. Large rocks can’t be moved. Bridges, such as the bog bridges that Cohen is building with the Nor’Westers, are intended to protect fragile wetland areas more than to keep hikers’ boots dry, so you can’t throw a plank down over every puddle you see. And there is such a thing as too many trail markers.

“You can find places where someone has come through and added additional markers because they’re trying to be helpful, but it just makes things confusing,” said Dedring.

Maintainers and crew workers strive to find a balance between protecting the trail and the environment without altering it too much. Dedring noted that Guy and Laura Waterman wrestle with this issue in their books Wilderness Ethics and The Green Guide to Low-Impact Hiking and Camping.

“Everyone complains about places that are too crowded,” such as Breakneck Ridge, said Dedring. “But if you go two miles down the road, there will be a trail that no one’s parked at. And if you want privacy, you have to make choices that put you in places where other people haven’t chosen to be, that are equally beautiful and wonderful. And then you have to take care of them.”

And as Cohen told me, that’s easy to do: Log on to nynjtc.org, click on “Take Action,” and look for opportunities in the places you love. “People don’t need any training,” he said. “All they need is a good pair of shoes and work gloves and we will teach them anything they need to know. We can use all the help we can get.”