Kurt Fox, who for the past 40 years has operated Fox Studios in Philipstown, is putting the finishing touches on the shoulder mount of a 13-point, white-tailed buck as he recalls how he got into taxidermy.

He was 11. An avid fisherman and hunter, he began mounting his trophies, mostly birds, after taking a mail-order course. “I had a knack for it and people started bringing me stuff,” he says. 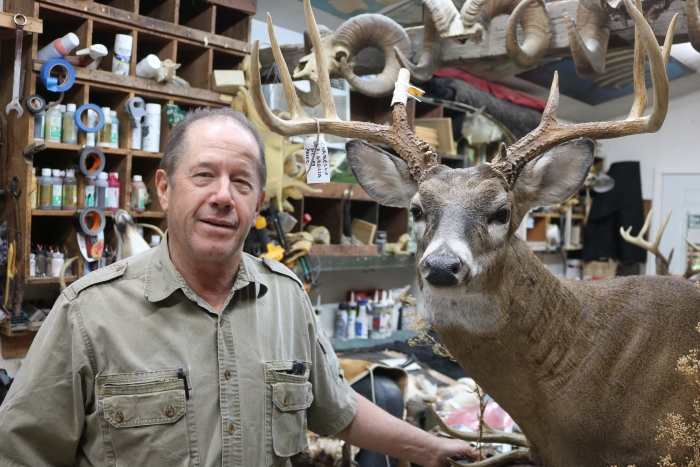 The hobby grew into a business when, in 1979, he opened his studio on Route 9 near Philipstown Square. Today, his showroom resembles a natural-history museum, with specimens that range from a mountain lion and coyote to a black bear, zebra and red fox.

A trophy deer, usually a shoulder mount, is the most frequent request by hunters. “After that it’s birds — ducks, geese, pheasants and grouse,” he says. Fish mounts are less common than in the past. 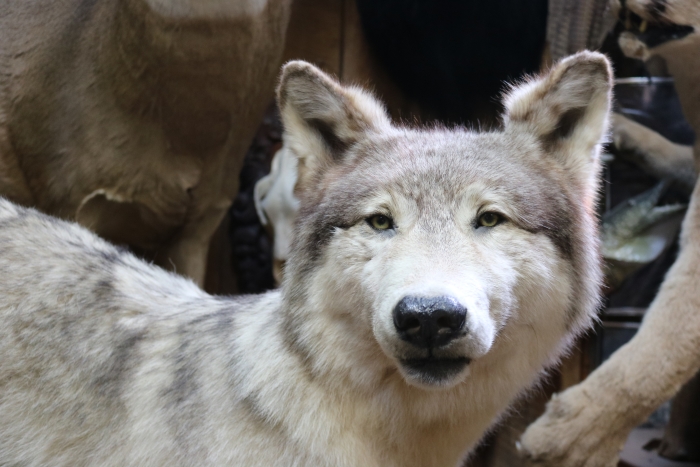 Over the decades, taxidermy, which is regulated by the U.S. Fish and Wildlife Service to prevent the mounting of illegal kills, has become more sophisticated, he says. Advances in airbrushing have improved detailed coloring, especially for fish. The quality of the frames used to replicate a specimen’s shape have also improved, as have the realism of glass eyes.

Kurt Fox, himself a long-time hunter, says he’s seen a decline in the sport in the Northeast in his 40 years in business. “The kids are not involved with the outdoors,” he says. “I’m sorry to see it.”

He also has observed changes in local wildlife populations. “Thirty years ago, there were no coyotes or wild turkeys here,” he says. “The turkeys filtered in first; the coyotes needed food” and followed. The influx of turkeys also led to a dramatic increase in bobcats and black bears, according to Fox.

“I don’t care what anybody says; the deer herd is way down,” Fox says, blaming the coyotes and bears. “A bear can eat a fawn a day.”

Fox also rents out specimens to crime shows such as Blue Bloods and Law and Order: SVU. “The hunter is always the bad guy!” he says. Museums use the mounts for displays and fashion photographers call when they need “an outdoorsy set with a mountain lion or bear.”

The strangest request he’s received? Inexplicably, he’s had three recent requests for a cow’s head, including from (spoiler alert!) the producers of a forthcoming Sopranos movie. 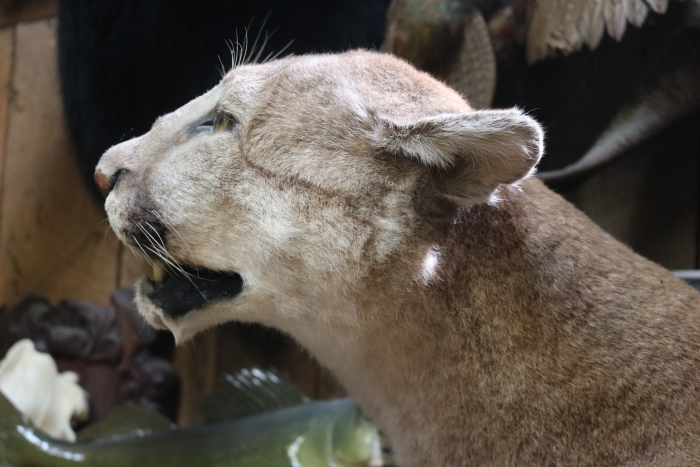 Fox declines requests to mount an expired family pet; he advises those callers to get a new dog or cat. He’s also been asked to tan remnants of a pet for a pillow. “I’ve heard it all,” he said.

Then there are the big-game hunters. Fox has preserved elephant heads, cape buffalo and leopards. He says he enjoys working on big cats. “You can put such good expressions on them.” One of his more complicated mounts was a full-mane African lion, running, with its mouth open.