Joyce Anderson, 84, of Chapel Hill, North Carolina, and a former counselor in Beacon schools, died July 30, 2019, at her home.

She was born in Zanesville, Ohio, on March 25, 1935, and raised by her mother, Gladys Jones Folden, and her grandparents, David and Mabel Jones. She began dating her future husband, Jim Anderson, during her sophomore year in high school. They were married on June 6, 1956, the day after Jim graduated from West Point.

That began Joyce’s 41-year adventure as a military spouse. After Airborne and Ranger School in Fort Benning, Georgia, she and Jim started their married lives together living in an apartment above a bakery in Neiderweisel, Germany. West Point became the final stop in Joyce’s career as a military spouse when they returned there in 1973, where Jim led the physical education department until 1997. When he retired, they moved to Chapel Hill.

From 1956 to 1973, Joyce’s life included 12 moves punctuated by two years of raising children alone during Jim’s tours in Vietnam. She worked for 20 years in the Beacon and Washingtonville school districts after earning a master’s degree in counseling. Her passion was to help children who were struggling with a parent’s addiction, divorce or death. In Chapel Hill, she was a volunteer counselor at The Women’s Center for 16 years.

She is survived by her husband of 63 years, Brig. Gen. James Anderson; her daughter, Terri Hover (Glenn); her son, David Anderson (Elizabeth); and her grandchildren, Samantha Anderson and James (Jake) Anderson.

Born in Queens on Nov. 8, 1935, she was the daughter of Barthly and Mary (Brady) Hernon. She attended high school in Brooklyn, studied at the St. John’s City School of Nursing and earned a bachelor’s degree from SUNY Oneonta.

Peggy and her family moved to Beacon in 1960. She worked at Highland Hospital and then for the Beacon City School District as a school nurse at JV Forrestal and Glenham elementary schools for more than 30 years. She was a member of the NYS Retired Teachers Association and a parishioner of St. Joachim – St. John the Evangelist Church, where she was a eucharistic minister, adult altar server and a member of the Women’s Club and Outreach Program.

A Mass of Christian Burial was held July 30 at St. Joachim’s Church, with burial at St. Joachim Cemetery. Memorial donations may be made to St. Joachim–St. John the Evangelist Church, 2 Oak St., Beacon, New York 12508.

Frances worked as a seamstress for 50 years at Beacon Looms, until her retirement in 1996. She was an avid Mets fan, always inquiring about the score. She enjoyed bingo, and you knew never to bother her during her cooking and game shows.

Her family will receive friends on Sunday, Aug. 4, from 4 to 8 p.m. at the Libby Funeral Home, 55 Teller Ave., in Beacon. A Mass of Christian Burial will be offered at 11 a.m. on Monday, Aug. 5, at St. John the Evangelist Church, 31 Willow St., in Beacon, followed by interment at St. Joachim Cemetery.

Beverly was born in Beacon on May 21, 1963, the daughter of William and Frances (Stanton) Coleman. She was employed by St. Francis Hospital and Rehabilitation in Beacon, starting as a dishwasher and working her way over 20 years to kitchen director.

Beverly is survived by her children: Justin Coleman (Kristina) and Gloria McNair (Justina). She is also survived by her grandchildren: Jaxson, Mayla and Zyah, and two siblings: Debbie Coleman and Billy Coleman.

Her family and friends will gather to celebrate her life on Friday, Aug. 9, from 10 to 11 a.m. at the Springfield Baptist Church, 8 Mattie Cooper Square, in Beacon, with a Celebration of Life Service beginning at 11 a.m. Memorial donations may be made to the family through GoFundMe to defray funeral costs. 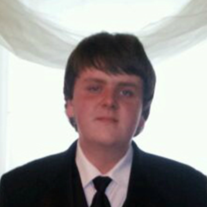 He was born Oct. 20, 1994, in Peekskill, the son of Matthew and Virginia (Buck) Scannell. A 2012 graduate of Beacon High School, James was a political science major at the University of Central Florida. He also attended Dutchess Community College in Poughkeepsie and enjoyed politics, law and the Yankees.

Family and friends will gather on Wednesday, Aug. 7, from 7 to 9 p.m. at Riverview Funeral Home by Halvey, 2 Beekman St., in Beacon for a memorial service.