“It doesn’t matter how smart or funny you are — improv is its own beast and you have to put the work in,” says Chris Fontakis, the artistic director of Serious Comedy Theatre, which launched in Beacon last year. “You’re trying to recreate life off the top of your head as a different person in an absurd situation.” 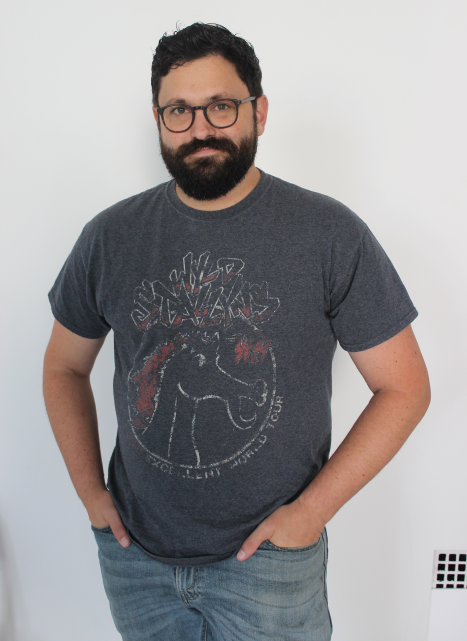 Chris Fontakis (Photo by A. Rooney)

Serious Comedy Theatre hosts weekly instruction and “jam sessions” in improv, stand-up and sketch comedy at its studio in the former Beacon High School; its next classes begin during the last week of September.

Fontakis, who grew up in Queens and on Long Island, enrolled at Pace University to study business but says he discovered a problem: speaking in public terrified him. He worked at it, however, and was able to do a presentation in class.

“I thought I had crushed it so was surprised when I got just a B minus,” he recalls. “The professor told me I was really funny, but — I needed to change my major.”

Fontakis took an improv class at the New York Film Academy, where, he says, “five minutes in, I knew it was what I wanted to do forever.” Four months later, he moved to Los Angeles and began taking classes at Groundlings, the Upright Citizens’ Brigade and Improv Olympics.

“Being naturally funny is not that important,” he says of improv comedy. “It’s more about having experience in many aspects of life. The more you can draw from, the better. If you’re kind of a jack-of-all-trades, and good at socializing, it will come more naturally, though some shy and awkward people are amazing at this. It’s more about possessing wit and passion, not being the class clown.”

Fontakis performed and taught in L.A. for 13 years but in 2017 moved back east and settled in Beacon. He began teaching improv at the Beacon Performing Arts Center but because the center is focused on children and not adults, moved to the Story Screen Theater before getting his own space — and a new name — in a former classroom at the old Beacon High. 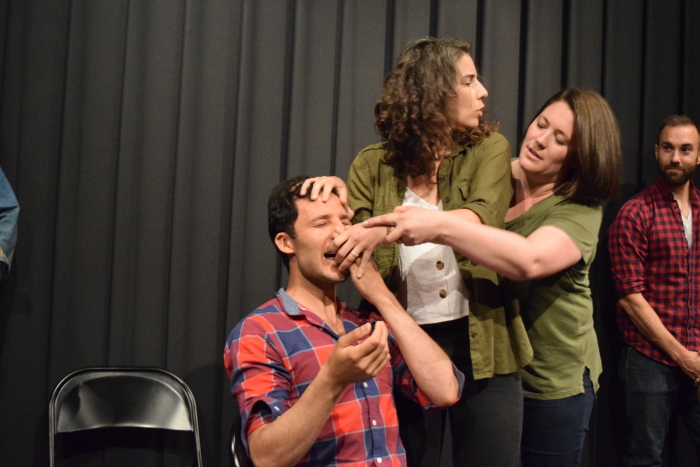 He offers a six-week course called Improv Comedy 101 that begins on Sept. 24, as well as advanced classes that address theory and “what makes good improv scenes great.” Fontakis only teaches “long-form” improv, which involves taking a single word from the audience and doing a 30-minute riff.

Gabriel Pages, a Beacon filmmaker and production artist — and now a sketch comedy writer and improviser — has taken a number of Serious Comedy Theatre classes. “It’s a scrappy upstart with huge potential led by a young master who needs performers, which means the learning is accelerated,” he says. “You don’t have to wait years and take endless classes to start performing.”

In addition, a four-session introduction to stand-up comedy begins on Oct. 7. “A lot of people show up at open mics and start doing it themselves, without any shaping or advice, and it’s sometimes super-weird,” Fontakis says. “Exercises will help generate new material. I will almost always find a way to give them the right tools to find something that is true to them and their own specifics.” 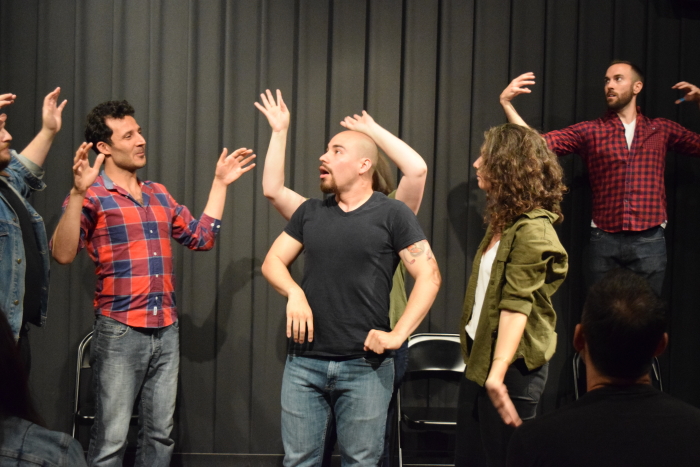 The sketch-writing class, which begins Sept. 25, is about “getting a handle on what the game is and how to write the sketches,” he says. “People watch Saturday Night Live and think, ‘Oh, the writers just must be funny people,’ but actually there is an intense structure, like the rhythm in a pop song. Once you learn the structure, you break down the fog.”

On the third Friday of each month, Fontakis hosts an informal jam session in which names are drawn from a hat and “we keep going until everyone has a chance to be onstage.”

Fontakis says he soon hopes to be joined by his sister, Stephanie Ray, who is planning an all-female class. “We offered drop-in classes for a while, and almost everyone who came was a woman, which surprised me,” he says. “That’s very different from the way L.A. used to be, which was predominantly white males — not enough different voices in the scene.”

Fontakis hopes to add a musical improv class, storytelling and business presentation sessions designed to build confidence. He’s also toying with the idea of helping people write speeches, such as for the best man at a wedding, noting ruefully, “We all know those can go horribly awry.”

Serious Comedy Theatre is located in Room 110 at 20 Kent St. in Beacon. See seriouscomedytheatre.com. The group will be hosting an improv show at Story Screen Beacon, 445 Main St., at 8 p.m. on Saturday, Aug. 31. Tickets are $10 at the door.