A New York State trooper was grazed by a bullet fired by a suspect from a home in Wappinger on Monday (Sept. 2) in what turned out to be a seven-hour standoff.

Troopers were called to a home on Marlorville Road at about 7:30 p.m., where they were told that the suspect, Christopher DeMilio, 47, was inside the home with two children. 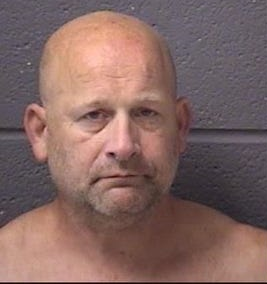 The state police said that as the officers approached the home, DeMilio brought the children outside, then went back into the residence. Once inside, they said, he fired shots from a second-floor window and then through the front door, grazing the arm of Trooper Aaron Tiso.

Negotiations continued for several hours, with DeMilio continuing to fire rounds within the residence, police said. He surrendered at 2:30 a.m.

DeMilio was charged with attempted murder and criminal possession of a firearm and remanded without bail to the Dutchess County Jail. He is due to return to court on Sept. 9.

Tiso was treated and released from Mid-Hudson Regional Hospital, and two other troopers were treated and released for minor injuries. The state police were assisted by officers from Dutchess County, Wappingers Falls, MTA, the Town of Fishkill and the county Department of Emergency Response.