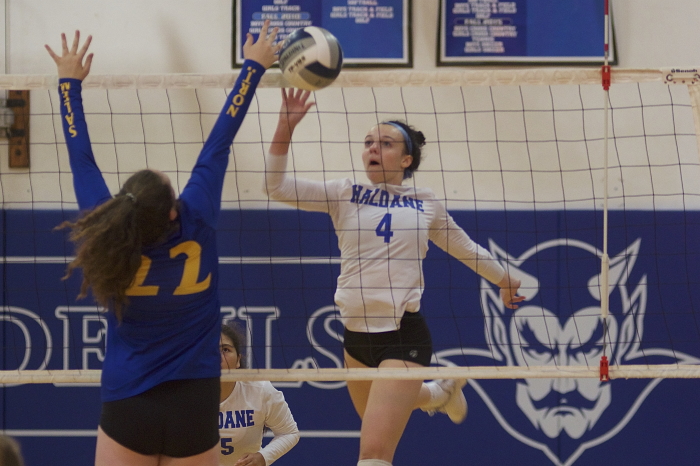 Will move to Class D for state playoffs

The Haldane High School volleyball team will put the wrap on its regular season tonight (Oct. 18) against Putnam Valley after posting straight-set victories over Blind Brook and North Salem.

The Blue Devils — who are 15-4 overall and 5-0 in the league — will recognize their seniors at tonight’s home game. 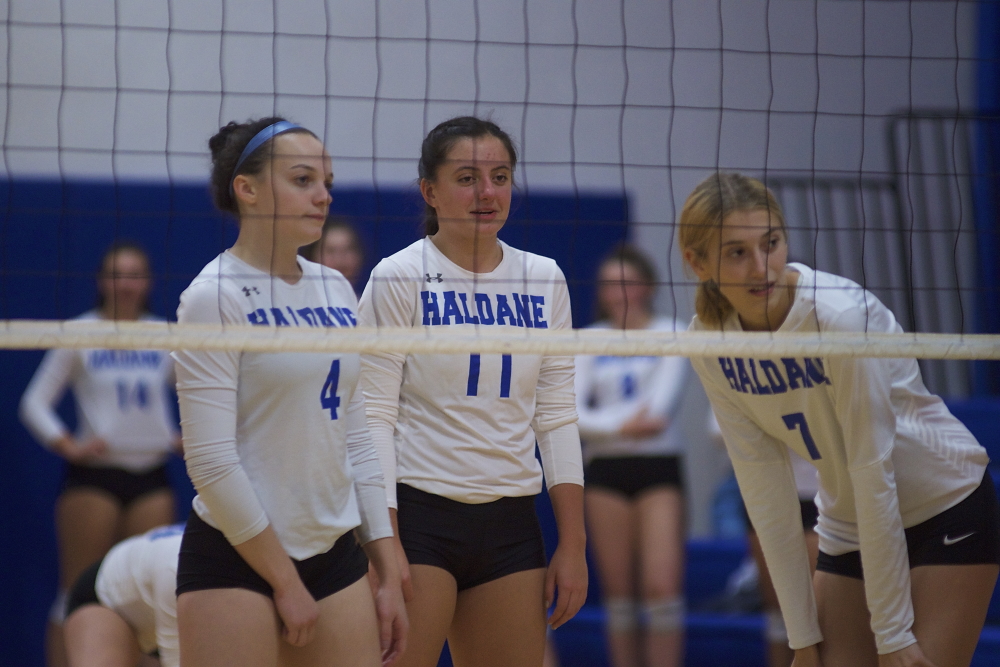 “We did a great job adjusting our defense to pick up balls, which enabled us to run our offense well,” said Coach Kelsey Flaherty. 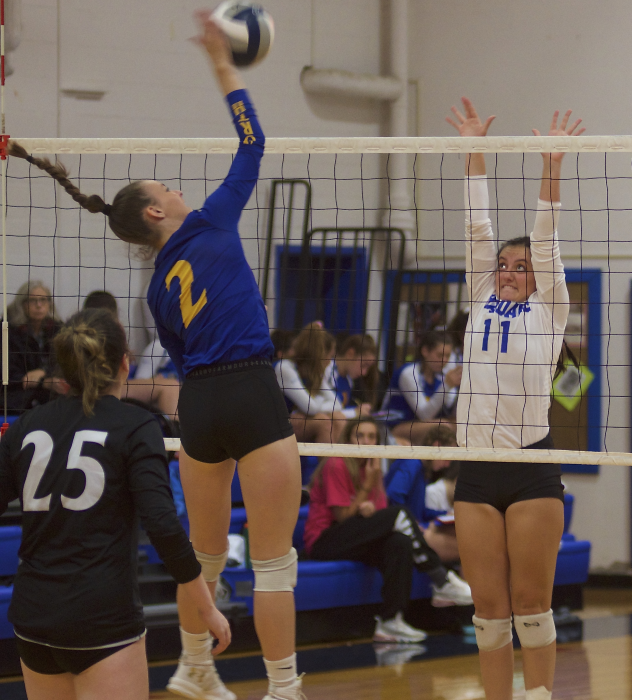 Haldane’s Olivia Monteleone (11) leaps to block a shot at the net against North Salem. (Photo by S. Pearlman)

“Olivia ran the offense, which can be tricky, and she stepped up and made sure all our hitters had chances,” said Flaherty. “Grace had the most kills for us; she was very consistent at the net.”

Haldane can clinch the league title with a win over Putnam Valley (11-4). The Blue Devils beat the Tigers in straight sets in the teams’ earlier meeting.

The Blue Devils, who won the Section 1, Class C title in two of the last three seasons, will move to Class D for this year’s playoffs. The only other Class D team in Section 1 is Tuckahoe (11-4), so the teams will play for the title for Nov. 3 at Pace University. Haldane defeated Tuckahoe 3-1 on Sept. 18.