The apiary of Harry Mckeel was robbed of a hive of honey after the bees were suffocated with sulfur.

William Bowne, one of the last surviving early inhabitants who settled Cold Spring, died at age 72.

A troupe led by the comedian Buckley performed at Philipstown Town Hall, including a “small man in burnt cork [blackface] with a big voice.”

The body of a “mulatto” man of about 18 years of age was found in a culvert near Burns’ Shanty at the upper village crossing. He was identified from a memo book he was carrying as Augustus Brag of Petersburg, Virginia.

An old building known as Ben Dykman’s Market was transported up the Main Street hill on wheels.

Julia Fish Rogers, a granddaughter of the late Hamilton Fish, wed the painter Kenneth Frazier at St. Philip’s Church in Garrison. A large group of guests came from New York City aboard two cars attached to the No. 7 train. 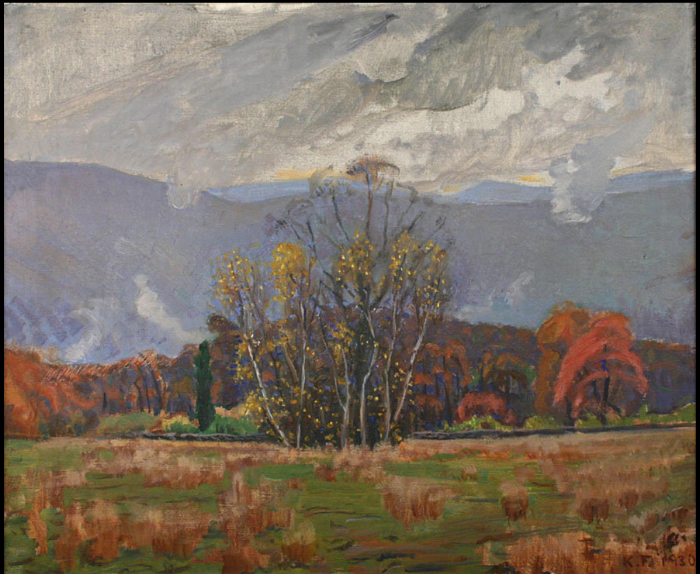 “Autumn in Garrison,” a painting by Kenneth Frazier, who was married at St. Philip’s Church in 1894

John Gilbert shot and killed his brother, Benjamin, at their home on Cat Rock Road near Garrison. According to the coroner’s inquest, John returned drunk from Cold Spring and attacked his aged mother, then went upstairs and pulled his brother Ben out of bed, threatening to whip him. After a scuffle, Ben shut the door to his room, leaning against it to keep his brother out. Enraged, John fired an old rifle at the door, hitting his brother in the back of the neck.

William Bremner, a monument dealer in Peekskill, put into position in Cold Spring Cemetery a family marker of dark Quincy granite ordered by Elisha Nelson that weighed more than 9 tons. [Nelson died six years later.] The stone required three teams of horses to bring it from the railroad station. 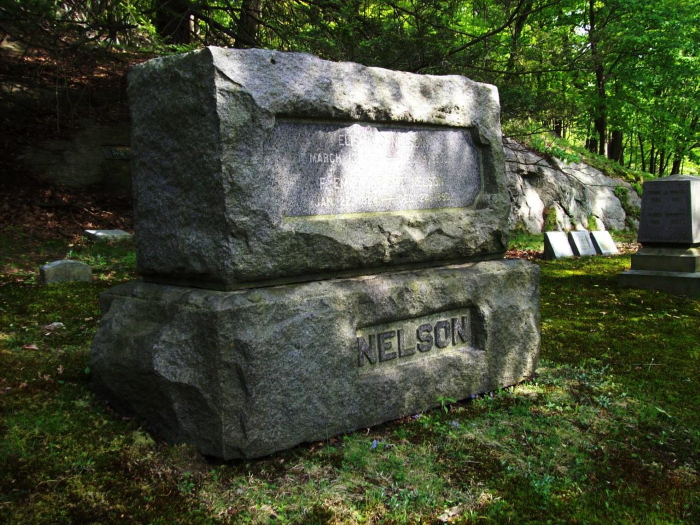 The Cold Spring Village Improvement Association purchased drinking cups to be placed at village water pumps and erected notice boards to discourage residents from posting on trees and telephone poles.

Frank Alberry passed through Cold Spring while attempting to break the 17-hour record for cycling from New York City to Albany.

John Stevenson Jr. invited residents to visit his hothouse on Pearl Street in Nelsonville to see his 80 varieties of chyrsanthemums. 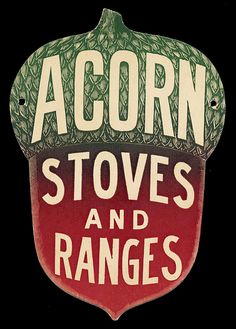 M.A. Murray erected a large sign in the shape of an acorn in front of his store to advertise Acorn brand stoves.

The 23-year-old brother of Charles Selleck of Cold Spring was killed in Jersey City when he stepped off a trolley car at 11:30 p.m. and was hit by a trolley going in the opposite direction that unfortunately had no fender.

The wagons of Samuel Hustis of the North Highlands and Stontenbogh, the butcher, collided near Town Hall.

Burglars blew open the safe at the freight house overnight but, finding nothing of value, attempted to break into Dalzell’s drugstore. They were interrupted by a watchman who drew his revolver and fired at one of the men as he fled down Garden Street. The other three thieves jumped the watchman and beat him with the butt end of a pistol before their escape.

An Uncle Tom’s Cabin Co. production based on Harriet Beecher Stowe’s 1852 anti-slavery novel was performed at Town Hall to a small audience, according to the Cold Spring Recorder. At the time, hundreds of troupes toured the country performing “Tom Shows,” or melodramatic adaptations from the book.

Peter Anderson, the Democratic district attorney of Putnam County who narrowly lost his bid for election as county judge, wrote the Recorder to complain that he had been defeated by “the almighty dollar,” accusing the Republicans of “the flagrant and shameful use of corruption funds for the purchase of votes.”

William C. Osborn presented an account in the parish house at St. Philip’s Church in Garrison of his visit to Japan, illustrated with lantern slides.

The Old Homestead Club organized a screening of movies on Thanksgiving Eve that included The Woman Under Cover, a six-reel silent feature; a comic selection; and photos of current events. Harry Jeans was appointed to apply his “critical, artistic censorship” to ensure that the evening was “entirely wholesome.” Although the Library of Congress says no copies have survived, the featured attraction was described by a film magazine at the time as the story of an actress played by Fritzi Brunette who murders her husband, then marries a chorus man because he threatens to turn her in. 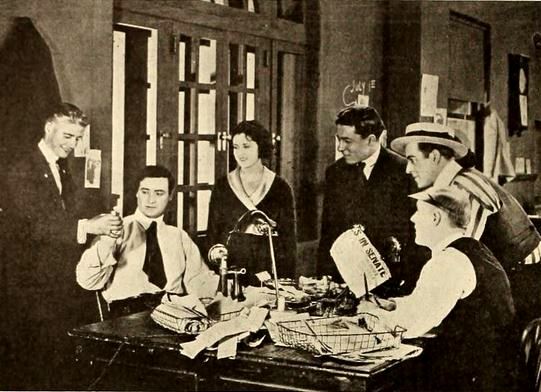 A still from The Woman Under Cover, a silent film shown in Cold Spring in 1919.

The Philipstown Teachers’ Association co-hosted a program with the Junior Project at the Haldane school that highlighted examples of things made and grown during the summer and fall. There were chickens in the school basement and needlework and vegetables in the classrooms. Girls from the Garrison school also presented a gymnastics drill.

The conductor of the 8:19 southbound train informed Officer Andrew Reilley that the small box being carried by a passenger who was disembarking at Cold Spring contained three rattlesnakes that he had exhibited in the car. Reilley put the man on the next train, with the snakes.

Reilley traveled to Walden to arrest James Ferguson, who was accused of stealing an overcoat at a dance held at Town Hall. The coat was recovered and Ferguson paid a $5 fine.

After 55 years of river service, the steamboat Mary Powell was sold for junk.

Lt. Edward Inman, who was seriously injured the year before in France by a German grenade, had a bone graft to cover the wound in his skull. 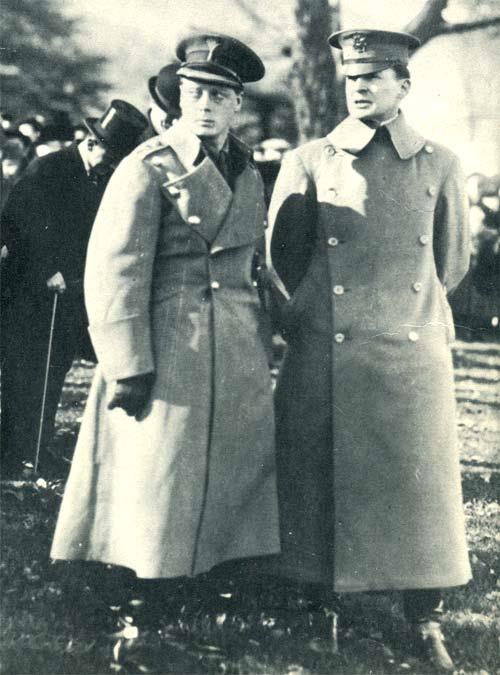 The Prince of Wales (left) with Brigadier General Douglas MacArthur, who was the superintendent of West Point from 1919 to 1923.

A number of villagers traveled to West Point to catch a glimpse of the Prince of Wales, who was visiting the academy. [The prince became Edward VIII in 1936 but abdicated the throne that same year to marry Wallis Simpson.]

The 20-room, four-story Taylor home on Fair Street burned. The family was aroused at 3 a.m. by their Scottie, Angus, and escaped through a bedroom window. It was said to be the worst fire in the village since the Imperial Hotel at Bank and Division in Nelsonville burned in 1914.

The Putnam County Republican Committee announced the winners of its poetry contest.

Word arrived that Walter Glanville, 20, of Main Street, a paratrooper, was killed in action in Belgium. The 1943 Haldane graduate was working as an auto mechanic in Beacon when he enlisted. About the same time, the parents of Edward Budney, 20, also of Main Street, received a telegram stating he was killed in Germany. 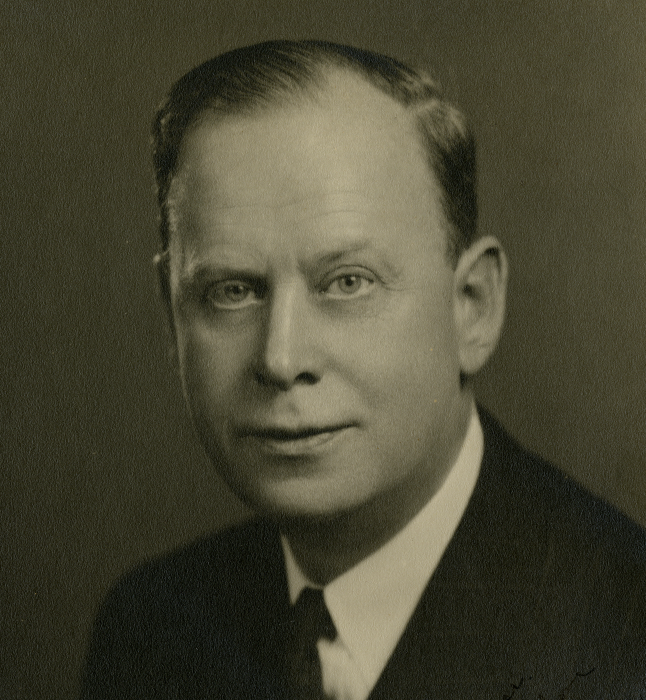 Lewis Lawes of Garrison, the retired warden of Sing Sing, suffered a mild stroke in St. Louis while on a speaking tour about prison reform. [Lawes, who died in Garrison in 1947 at age 63, was the warden at Sing Sing for 21 years and oversaw 303 executions. He wrote several books that became Hollywood films.]

Bernie Nolan, who handled calls at Butterfield Hospital, explained why he had three rotary phones on his desk: one was for ambulance calls, one for police calls and one for fire calls. 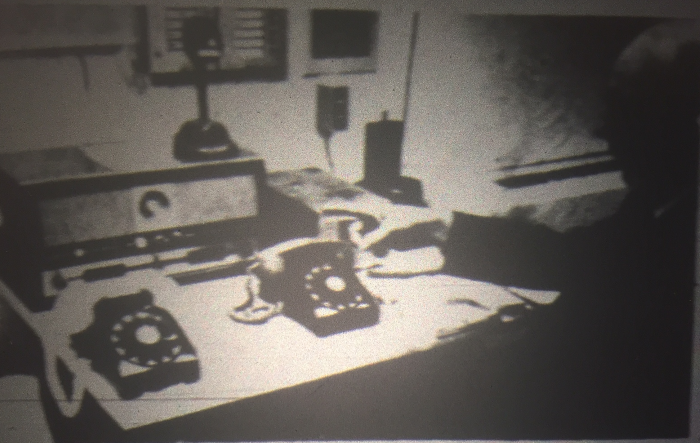 Bernie Nolan with his phones.

The Rev. Joseph Pernicone, vicar of Dutchess and Putnam counties, dedicated a two-classroom annex at the Our Lady of Loretto School.

Elizabeth Montefiori, 81, the former operator of the Harbor Hill Inn on Lane Gate Road, died when fire gutted her home at 36 Garden St.

Milton Jacobs of the State University College in New Paltz was invited to speak at the First Presbyterian Church on the topic An Anthropologist Looks at Vietnam. Organized by the Philipstown Ad Hoc Moratorium Committee, which supported ending the war in Vietnam, the event drew 120 people, but Jacobs was unable to speak because of hecklers. Before the event, the commander of the VFW post wrote a letter to the editor stating: “We want to go on record as opposing bringing in hardcore men to speak against our flag, our country and our president.”

Soon after, the Concerned Democrats of Putnam County announced it would host a program titled Vietnam — Two Positions.

The next week, Gary LaPorta of Cold Spring wrote a letter to the editor from Vietnam saying that he and eight fellow soldiers considered themselves “the silent majority” of service members who opposed the war but feared speaking out.

The Haldane boys’ soccer team defeated Poughkeepsie, 4-0, to end its season with a record nine wins.

Newly elected Gov. George Pataki of Garrison was criticized for not returning a congratulatory call from New York City Mayor Rudy Giuliani, who had endorsed his opponent, Mario Cuomo. Pataki also appeared on David Letterman’s talk show to read a Top 10 List of ways his name can be mispronounced.