The Philipstown Planning Board last month unanimously approved the installation of a canopy over the gas pumps at the Garrison Gulf service station on Route 9D but stipulated that the lights must be turned off when the station is closed. 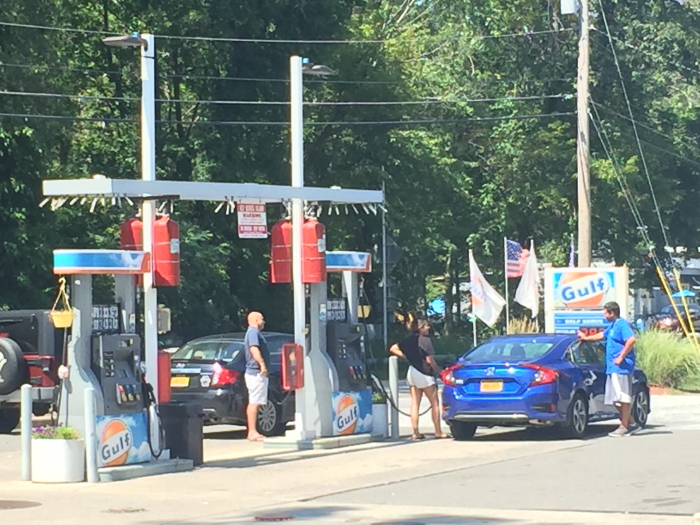 The owner of the Garrison Gulf will add a canopy over its pumps. (File photo)

The owner of the Gulf, Arafat Ibrahim, also had asked for the OK to sell used cars from the station, but his attorney told the board that he has abandoned that plan for now. In February, Ibrahim acknowledged receiving a violation from the town for selling cars without permission.

The board, which has seven members, approved the measure, 4-0. Two members were absent and its chair, Anthony Merante, resigned recently, creating a vacancy.