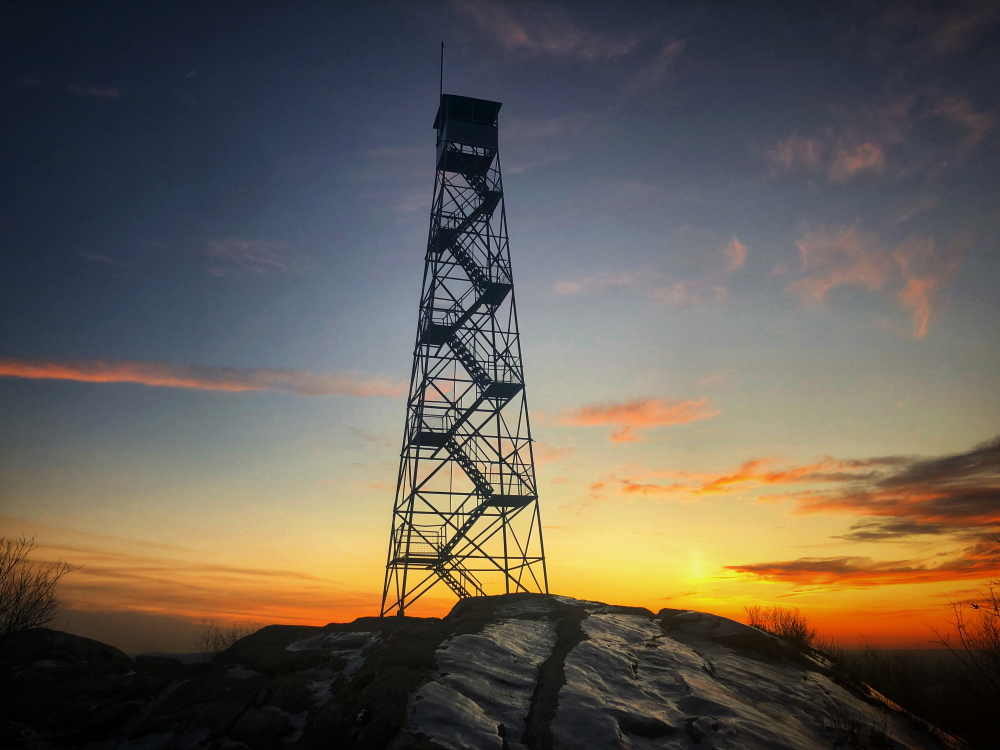 It’s OK if you don’t make it to the top, as long as you’re getting closer. (Photo by B. Cronin)

Strategies to keep your resolution

We’re midway through January, which means, according to studies, 95 percent of you have broken your New Year’s resolution and the other 5 percent are lying.

I’m no life coach, but running increasingly insane distances has taught me a thing or two about goals and perseverance, and the lessons are applicable even if you don’t plan to cover 100 miles at a time this summer:

Endurance athletes are taught to focus on “process” goals instead of “outcome” goals. A process goal is something you do to help you succeed. An outcome goal is what you hope to accomplish.

If your outcome goal is to run a 50-mile race in under 12 hours, you don’t stand at the starting line and think, “OK, my goal is to run this in under 12 hours.” Instead, identify three to five actions you can take during the race, such as: “I am going to take in at least 200 calories an hour, thank all of the volunteers, and not spend more than two minutes at any of the aid stations.”

Let’s say your resolution for 2020 is to “get into shape.” That’s great! But it means nothing. How will you get into shape? You might say, “I’m going to exercise on a regular basis, eat healthier and get more sleep,” but that’s still not concrete. How much exercise? What does eating healthier mean? How much sleep is more?

A better set of goals could be: Exercise three times a week, get eight hours of sleep and eat at least five servings of fruits and vegetables a day. Those are examples of what you can work on every day, and the best way to do that, paradoxically, is to not work on them too much at first.

Start from where you are

Say you want to exercise three times a week. How many times a week are you exercising now? Zero? It’s OK! Start exercising one time a week. Once you’ve done that four weeks in a row, move up to two times, and so on.

The rule of thumb for runners is you don’t increase your weekly training volume by more than 10 percent. Part of this is to give your body a chance to adapt to doing more work. But you’re also giving the rest of your life time to adapt.

If you’re going to a gym for an hour but it’s a 15-minute drive and it takes another 15 minutes before and after in the locker room, and the drive home, exercising three times a week will take six hours. That’s six hours a week of something else you’re doing that must be given up.

We all have superfluous things we can cut out, such as screen time (sorry, Baby Yoda), but we also have to do things like work, walk the dog, feed the kids and clean the bathroom every once in a while. Try to do too much exercise all at once, and you’ll slack off in other areas, which can be a slippery slope. Not giving yourself time to plan and shop for healthy meals leads to hitting the fast food joint located near the gym. And I can almost guarantee you’re not getting enough sleep, so trying to get more done by sleeping less isn’t worth it.

Something’s got to give, and the thing that usually ends up giving is your resolution, since you haven’t been doing it long enough for it to become a habit. That usually takes around a month — hence, waiting until you’ve hit your modest goal of exercising once a week for four weeks in a row before you bump it up to twice. But if you start slow, you’ll also slowly be making the changes you need to make in the rest of your life to free up more time, as well as gaining confidence when you hit your goals week after week.

And if you’re not hitting your goals?

We often blame ourselves when we can’t stick to our resolutions. We’re lazy, or we lack willpower. But we’re all lazy. (I’m writing this on my laptop while lying down in bed, covered by several cats.) Often, there’s something else that’s working against you.

Are you having trouble getting enough sleep because you lack the willpower to go to bed at a reasonable time? Or is it because you drank two cups of coffee with dinner and spent an hour in bed aimlessly scrolling through Twitter? (I’m talking to myself here.) If you’re trying to eat more fruits and vegetables, but don’t keep a supply of fruit for snacking, of course you’re going to reach for the Oreos instead of driving to the store for a banana.

Do you simply not have six hours a week to devote to the gym? The problem may not be you; the problem may be that you’ve picked an exercise that takes too much time. Drive five minutes to the park and run for an hour. Run to the park and back. Do simple exercises at home, a few times a week, for a half-hour.

Is that ideal? Maybe not. But ideal isn’t the goal. Progress is the goal. And we can all make progress. If nothing else, it’ll give you something to look back on one year from now and be proud of.