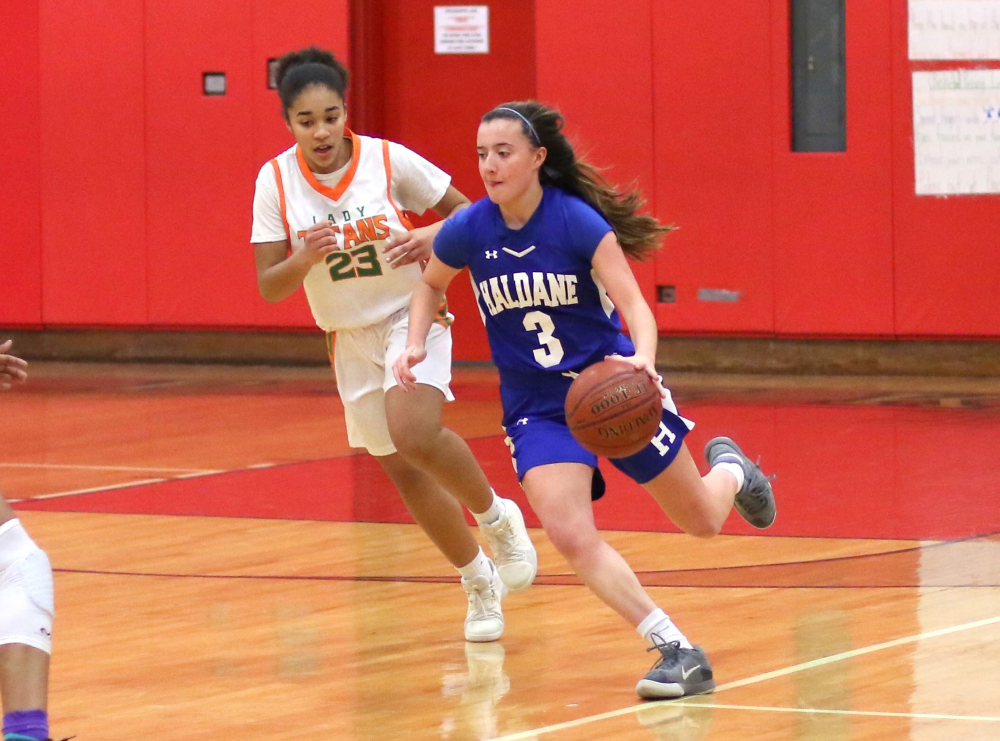 The match-up was the consolation game in a tournament held at Peekskill High School. In the first game on Jan. 17, Haldane fell to White Plains, 55-28. The Blue Devils (7-6) are scheduled to host Keio on Saturday (Jan. 25) at 11 a.m., and travel to Putnam Valley on Thursday (Jan. 30).

The Beacon girls, meanwhile, suffered two straight losses — to Hendrick Hudson, 41-22, on Jan. 17, and to Kennedy, 58-53, on Wednesday (Jan. 22), to fall to 6-7. “It was a tight game, and our girls played well,” Coach Christina Dahl said of the Kennedy game. Enita Rodriguez scored 14, Grace Affeldt had 12 and Analiese Compagnone and Skyler Kurtz each added 10.

The Bulldogs are scheduled to host Hendrick Hudson on Wednesday (Jan. 29) at 4:30 p.m. and visit Poughkeepsie on Jan. 31.