“My first reaction to the story of the Terezin children was silence. My second reaction was the inability to keep silent.”

Those are the words of Celeste Raspanti, the author of I Never Saw Another Butterfly, a play based on the wartime experience of Jewish children held captive by the Nazis at a transport camp near Prague known as Terezin.

On Saturday, Feb. 15, at 7:30 p.m. at Beacon High School, students who are members of the Beacon Players will hold a community-wide Special Night of Remembrance to honor victims of the Holocaust. This will be followed next weekend by two sold-out performances of I Never Saw Another Butterfly. 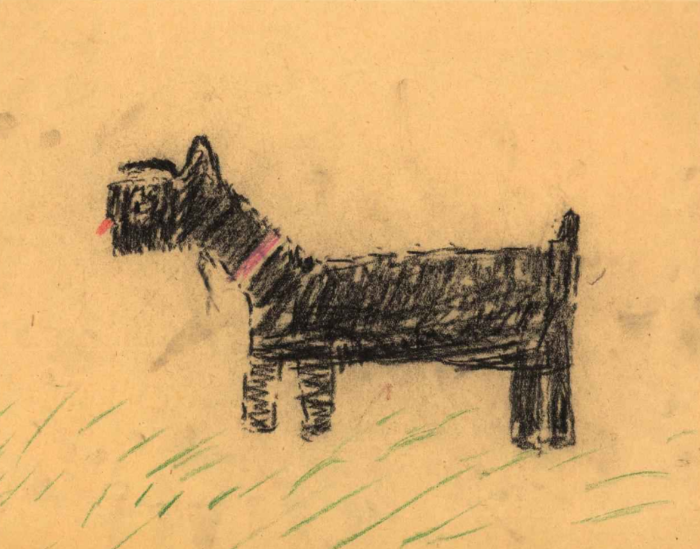 This piece by Hana Becková (1930-1944) was done at Terezin. The children were asked to draw a memory of home.

At the ceremony, candles will be lit for the children of Terezin, and the Sabbath Prayer will be recited by students from Beacon and Spackenhill high schools. This will be followed by a reading by Asha Marcus and Jenessa Bell of two poems written by children at Terezin.

After the Beacon cast performs scenes from the play, a sculpture honoring the Terezin children created by the school’s Art Crew will be dedicated. The Beacon Hebrew Alliance cantor, Ellen Pearson Gersh, will then lead the singing of “Olam Chesed Yibaneh” (“The World Shall be Built From Love”) and Beacon’s poet laureate, Peter Ullian, will read from a musical drama he co-wrote called Signs of Life that also is set at Terezin.

The event will conclude with a performance by Graeme McEneany and Juliana Giannasca of the Jacques Brel song “If We Only Have Love.” 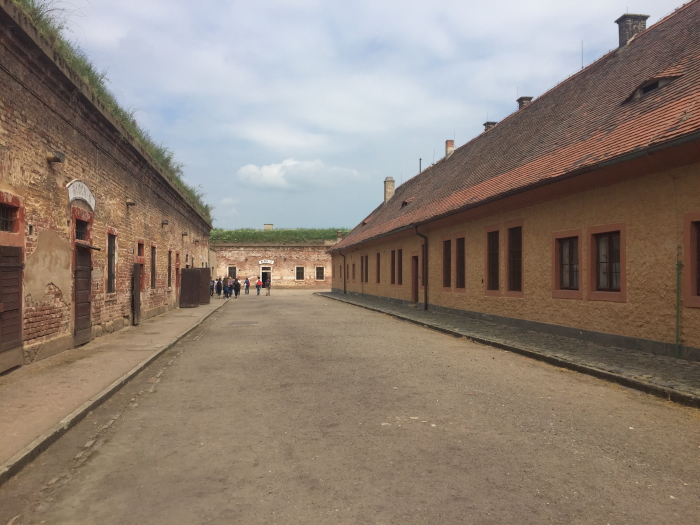 A section of the camp at Terezin (Photo by A. Rooney)

The high school also will host an exhibit, So That No One Shall Forget, for which Beacon High School students recreated artwork made by the children of Terezin that will be hung with photos from the Holocaust.

I Never Saw Another Butterfly, which will be performed on Feb. 21 and 22, was inspired by an accidental encounter. Waiting for a friend in a bookstore, Raspanti, a former Catholic nun who is now 91, spotted a compilation of artwork by the children between 1942 and 1944; she would use its contents and title for her play.

“Not only is it important to remember this horrific part of our history, it is important that we remember and learn about all human suffering in order to try to build a more compassionate world.” ~Ellen Pearson Gersh, cantor, Beacon Hebrew Alliance

In her production notes, Raspanti writes that she was moved by the poignancy of the drawings and “terrified at the brutal truth that came so directly and openly from the mouths of the children.” In the back of the book, each child was identified by all that was known about him or her: the date of birth, transport and death.

“At that moment, I knew I was committed to these children, to the more than 15,000 children who were incarcerated in Terezin, to the mere 100 who survived, and in a special way, to that one child, now a woman, who would become the subject of my research and the nominal principal character in my play,” she wrote. 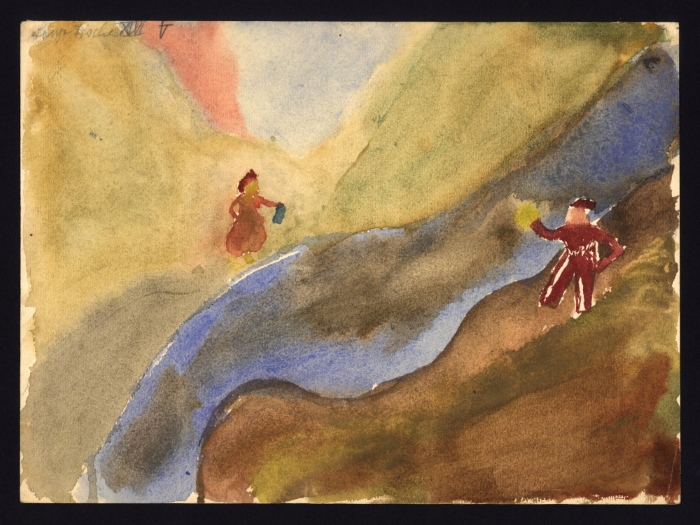 Eventually, the two women met. The play is narrated by Raja 10 years after the war, with scenes acted out as flashbacks. It includes the depiction of a teacher, Friedl Dicker-Brandeis, who, despite it being forbidden, encouraged the children to draw what they remembered of their homes, and their dreams and nightmares, as a means of escape. (Dicker-Brandeis was murdered at Birkenau in 1944.)

For the past month or so, a group of Beacon High School actors immersed themselves in those memories, led by student-director Amanda Montaldo. 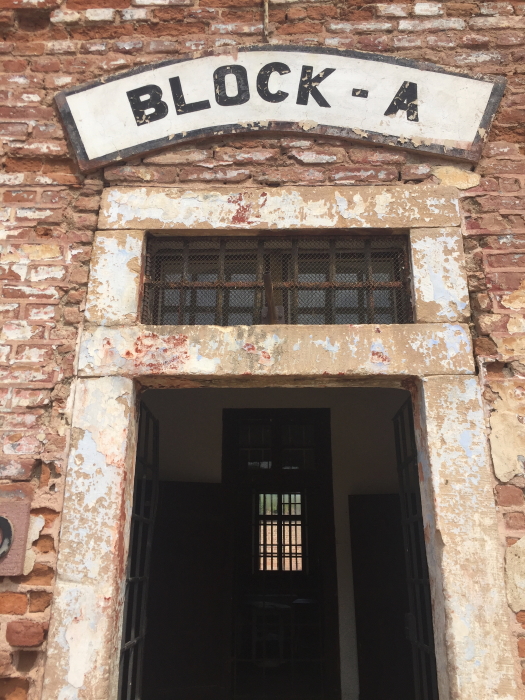 The entrance to a cell block at Terezin (Photo by A. Rooney)

The play is effective, the senior says, because it “takes such a broad and difficult topic as the Holocaust and breaks it down into the fundamental aspects of life we all experience: fear, family, loss, first love, community, hope. The victims feel distinctly human, painfully familiar.”

Caleb Ullian, who plays Raja’s father (and who is the son of Peter Ullian), says the play is “important to me as a Jewish kid because, as the Holocaust becomes more and more of a distant memory, it’s necessary to remember why it’s so significant and why we can’t let something like this happen again.”

The idea for the Beacon production came from director Anthony Scarrone, who earlier mounted the production at John Jay High School. It will be performed with the audience also on stage to create intimacy, limiting the seating to 100 per show, which is one reason both shows filled quickly.