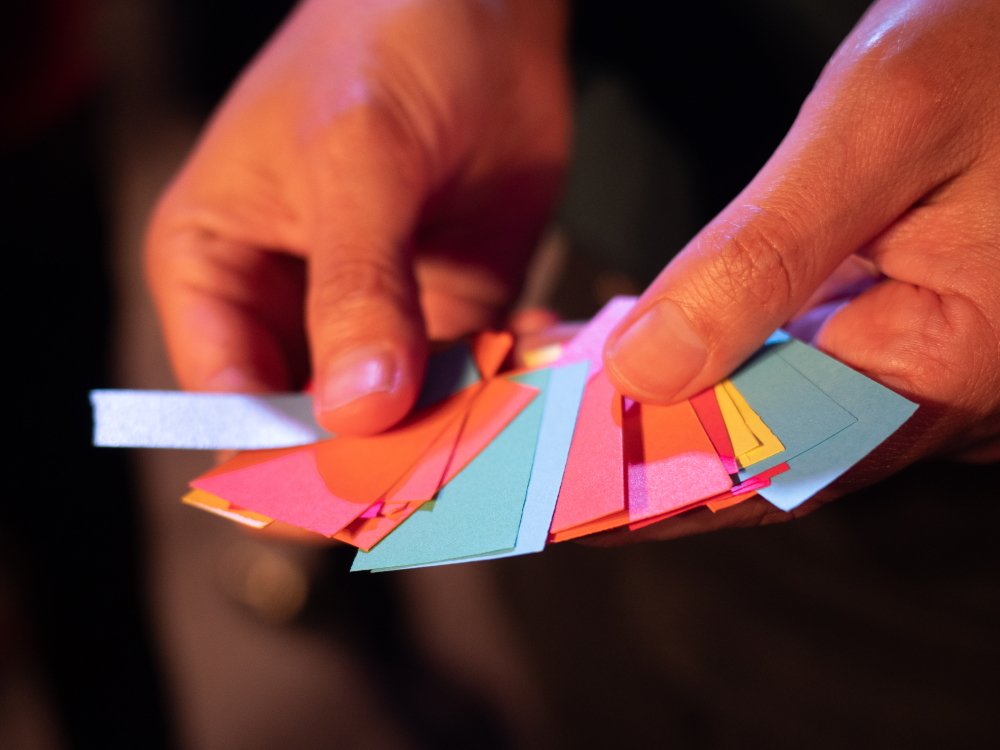 Tickets given out at Liar (Photo by Aidan Kenney)

Are little white lies a necessary social maneuver or symptomatic of greater deceit?

What do you feel when you get away with an untruth? Is it thrilling, or do you feel guilt coursing through your veins?

You can explore those feelings at Liar, an immersive hybrid of performance and parlor game that is scheduled to take place at the Howland Cultural Center in Beacon at 8 p.m. on Saturday, March 21. It will be produced by PopUP Theatrics, a collaboration between Ana Margineanu, Peca Stefan and Tamilla Woodard created in 2011.

Editor’s note: This event has been canceled due to concerns about the coronavirus.

Margineanu and Stefan are from Romania, which is where Liar has its origins. It also has been performed in Washington, D.C., and New York City.

“It’s hard to explain in a blurb,” Margineanu says. “It’s structured like a game in which audience members get to compete for the prize and title of the biggest liar — only not many people want to compete for such an honor.

“It’s a lot of fun, but also an interrogation of how much we actually lie, why we say the lies that we say, and why the tiny, justified lies we say on a daily basis give grounds for the big lies that transform,” she adds. “You think at the beginning that you don’t want to compete, and the challenge is altering that thought to an extent that you may even end up being crowned.” 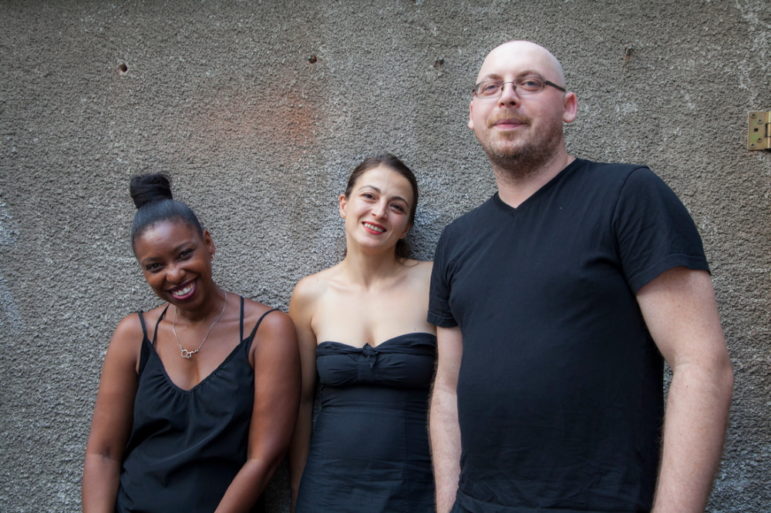 The Romanian production was described as “a parlor game for 40 spectators, in five rounds, with a DJ and a little wine drinking.” (Their sponsor in Romania was a wine company, so there was more than a little. “For this edition, it will be a little wine,” Margineanu says with a laugh.)

The show is constructed so that no one feels put on the spot, she says. “It’s more about asking the questions for ourselves: Are we the person that we think we are? Everything is pretty confidential. Nobody is going to be exposed unless they feel like sharing. The performance is highly participatory, but the level of participation is up to you.

“I never believe that theater spectators are actually spectators,” she adds. “There is always so much going on in there. To me there is a magic in the meeting, and I want to highlight that magic. We all need Alice in Wonderland, to drop where we are in our lives, jump in the rabbit hole and experience a universe which makes us think about our lives, then go back with a new perspective.”

Liar features two actors, Dexter McKinney and Krystal Sobaski, along with DJ Marguerite Frarey. It was developed in 2017 during a PopUP Theatrics residency at the Women’s Project in New York City. Margineanu, Stefan and Woodard spent two years conducting research around the world. 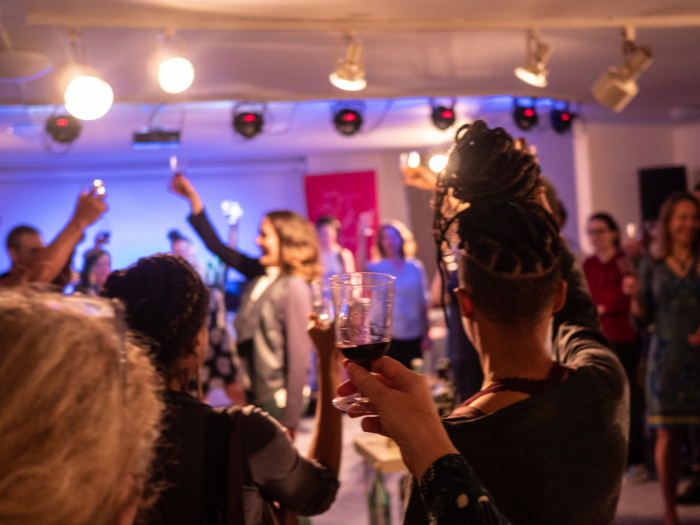 Revelry, wine and fibs at a performance of The Liar (Photo by Aidan Kenney)

“The majority of them were pretty powerful, strong lies,” she says. “I was surprised that strangers would share devastating moments of their lives. But I realized that people carrying those secrets are burdened by them and they welcome the opportunity to put it out there.”