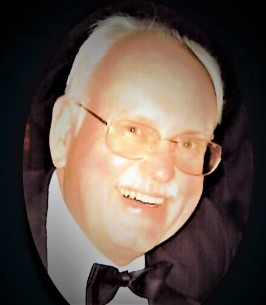 Bob studied broadcasting at Boston University and, after graduating in 1962, he began a 42-year career with the Hudson Valley radio station WBNR. He was the station’s play-by-play announcer for West Point football for 36 years and also worked for the Hudson Valley Renegades minor-league baseball team from 2005 until his retirement in 2016.

Bob always had a gift of gab, with a happy smile and a firm handshake, his family said. While he enjoyed many hobbies such as woodworking and yardwork, his passion was community service. For many years he was a member of the Beacon Planning Board and Recreation Commission and helped organize the Spirit of Beacon Day. He was also instrumental in the fundraising effort to build Dutchess Stadium and bring minor league baseball to the Hudson Valley.

Bob was a member of many organizations, including the Beacon Booster Club, the Dutchess County Heart Association, Save Highland Hospital Committee, Dutchess County Economic Development Corporation, United Way of Dutchess County, the Greater Southern Dutchess Chamber of Commerce (where he was a past president), the Foundation for Vassar Brothers Medical Center, Hudson Valley Hospice, Girl Scouts Heart of the Hudson, the Children’s Home of Poughkeepsie, the Exchange Club of Southern Dutchess (past president and founding member), the Beacon Salvation Army Advisory Board (past chairman) and the Beacon Volunteer Ambulance Corps (honorary life member).

Bob was the recipient of several accolades such as the Chamber of Commerce Commitment to Community Award, the Lindsey Nelson Lifetime Achievement Award in Sports Broadcasting, the Exchange Club Meritorious Award for Service, the Community Foundation Honor, and the Army Sports Hall of Fame Award.

He received one of the top honors bestowed by the Army West Point Athletic Association, when he was awarded the Distinguished Service Award. He was especially proud and honored to have been selected, as it is not presented annually, but only in the event that the athletic department identifies a well-deserving recipient for his or her significant contributions to the intercollegiate program.

Besides his wife, Bob is survived by his daughters, Debra Fisher (Jeff) of North Carolina and Jessica Outer of Virginia; his brother, Walter Hartley of Washington; his brothers-in-law and sisters-in-law, William Obscherning, Philip and Sharri Krupoff, Martin and Julie Krupoff, and Stuart and Chung Krupoff.

A private service was held at Fairview Cemetery in Beacon. Memorial donations may be made to a local charity of your choice.