Around 20 years ago, Steve Schweikhart, who lives in Cold Spring and is the Haldane High School girls’ soccer coach, decided to look into an unusual birthday gift for his wife, Renie McGrath, who worked in financial management.

He wanted something which would tie in both to her professional life in Manhattan and her lifelong roots in the Hudson Valley. “I was looking for something she could feel good displaying in her city office,” Schweikhart recalls. 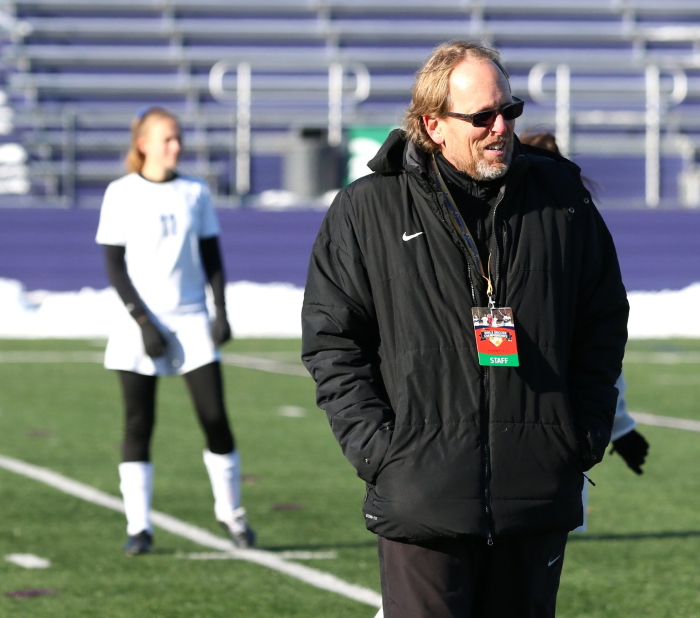 During his search, Schweikhart stumbled across RM Smythe, a Manhattan auction house and dealer of antique stocks and bonds. “There were old file cabinets crammed with stuff,” he says. “I found an 1892 railway stock issued on Renie’s birthday. She still has it up.”

Intrigued, Schweikhart became hooked on scripophily, or the study and collecting of stock and bond certificates. Today Schweikhart is more than a collector; he’s a dealer who sells through his online store at ghostsofwallstreet.com and on eBay.

It became his primary job, in fact. “I was in publishing before that, working as a circulation auditor, so no there’s no real correlation,” he says. “It allowed me to stay home with the kids,” Cali and Evan, who are now adults. 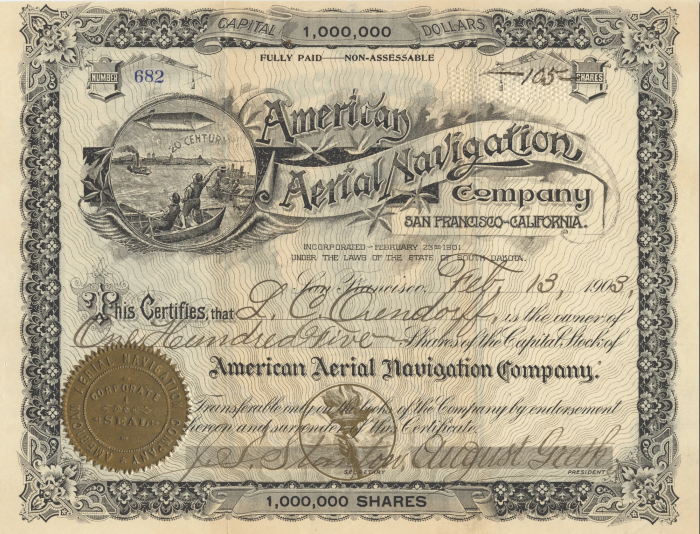 A scarce certificate for the American Aerial Navigation Co. of San Franciso, dated 1903, is valued at $1,500.

Initially, Schweikhart says he used eBay to learn about prices and descriptions and buying and selling, while scouring reference books, as well. “I learned that a certificate might be beautiful but not rare, or maybe it was plain but from a famous company, so you knew it would sell. It became a ‘feel’ thing.”

Schweikhart also attended trade shows devoted to scripophily, although none still operates. He says he was “like a kid in a candy store. You’d see big dealers with boxes and boxes of stocks; companies dumped them once they’d been redeemed. Some dealers let me buy on consignment, so I could get going. Once I had enough inventory, I started selling. I tried to come up with a catchy name and went with Stock Lobster. I changed to a more mature name two years ago.”

“Over the last five or 10 years, it’s become much more of a challenge to find desirable inventory, because at this point a lot of it is gone,” he says. “It’s a finite inventory because there are no more printed certificates. Now you have to pay a fee if you want one” from a company. Nearly all trades are now done electronically, negating the need for a piece of paper to prove you own the stock.

All of the certificates Schweikhart sells are originals that have been canceled or are for companies that no longer exist, so they have no market value beyond their worth as collectibles.

Among his customers, he says, “some buy because they haven’t seen it before, others because they have a particular interest in the company, the region or the subject. Recently I had someone who was interested in images of certain gasoline pumps. In the 1920s some pumps were manufactured with a sliver down the middle so you could see how much gas was left inside. This person was collecting the pumps and anything related to them.” 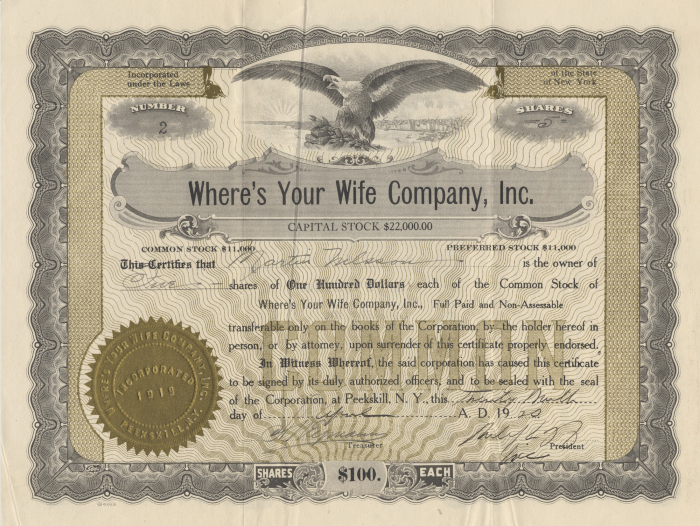 The Where’s Your Wife Co. was organized in Peekskill to “purchase, lease and manage theatres, opera houses and other places of amusement.”

In other cases, “someone has a relative who worked for a particular railroad. I had a gentleman from England who purchased an entire lot. He had rebuilt a car or a motor, and he saw I had stocks from that company. Because he was so invested in rebuilding it, he started tracking the history of the company. It’s neat when a piece finds the right home like that.”

Autographs are another enticing element. Many titans of business, particularly railway executives, became significant figures in their communities or nationally, and their original signatures are valued, particularly those from years before the 1930s, when many firms switched to printed signatures.

For example, Millard Fillmore, the 13th U.S. president, signed shares in the 1860s of the New York Erie Rail Road Co., David Buick signed certificates for the David Dunbar Buick Corp. in the 1920s and Frederick Pabst signed those for the Phillip Best Brewing Co. in the 1870s.

He also stocks a variety of certificates numbered 1, or the first issued, including for the Newark International Baseball Club (a Yankees farm team), the International Immigration and Colonization Association and the Never Leak Oil Tank Co.

There are fewer local certificates. From Beacon, his inventory includes certificates for the Mount Beacon-on-Hudson Association (which operated the incline railway), the Holland Hotel and the Matteawan Manufacturing Co. There are also certificates from the Hudson Valley, such as for the Boston and Fishkill Iron Co., the Newburgh Electric Railway Co., the New York and Putnam Railroad Co., the Hudson River Navigation Corp., and the Central Hudson Steamboat Co.

In his online store, Schweikhart’s inventory is organized in various ways, from company name to subject matter, including aviation, bridges, drugs, farming, fraud and scandal, government, hotels, manufacturing, media, mining, oddities, oil and gas, railroads, rubber and tires, sports, technology, tobacco, trolleys and utilities. Prices range from $1 to as much as $1,950 (for the Fillmore certificate), but many are $30 or less.

The fraud section includes a hodgepodge of skullduggery, from a water company in Virginia that sold an elixir, to the Wrigley Pharmaceutical Co., which exploited the similarity of its corporate name to imply a connection to the Wrigleys of Chicago. Enron represents a much more recent member of the club.

Some certificates are hard to categorize. One of Schweikhart’s favorites is for the Ocean Floating Safe Co. “It produced safes that would float when a ship sank,” he says. “There’s a vignette of a ship going down; it’s a beautiful piece.” Oddly, the company was incorporated in landlocked South Dakota.

Detail from a stock certificate issued by the Ocean Floating Safe Co.

While railroad and mining certificates were once the mainstay of the collectibles business, the demand now is for famous companies such as American Express and airlines, he says. And like many collectible dealers, Schweikhart is watching his customers grow older. Some younger people will buy certificates as gifts, “but overall the connection is being lost,” he says. “Maybe it’s a sign of the times. Capitalism is not exactly the most popular idea among young people.”