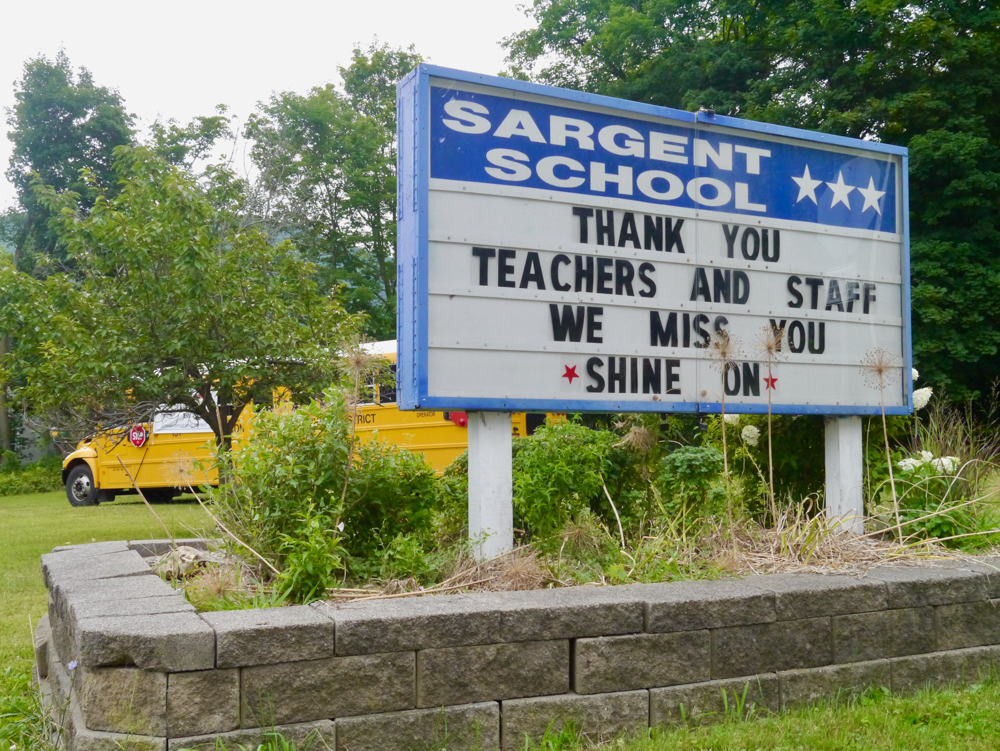 The deadline for Beacon, Haldane, Garrison and other public school districts to submit their plans to the state for re-opening in the fall is today (July 31), with Gov. Andrew Cuomo next week expected to announce how it will all be done.

Each district was required to submit detailed plans for in-school, remote or “hybrid” instruction. In Beacon, Superintendent Matt Landahl said the district is planning for a hybrid reopening, with both socially distanced in-class and virtual options available.

Garrison said it had been given an extension to submit its plan by Aug. 7, while Haldane submitted its plans on Thursday (July 30) and posted them at haldaneschool.org. Superintendent Philip Benante said he planned to recommend to the school board that elementary and middle school students attend classes daily and that high school students be divided into two groups that would alternate daily between in-class instruction and virtual learning.

As envisioned, students whose parents or guardians chose an in-school return would be split into two groups, with one group attending classes on Mondays and Tuesdays, and the other group on Thursdays and Fridays.

The Monday/Tuesday group would have virtual classes on Thursdays and Fridays, and the Thursday/Friday group would do the same on Mondays and Tuesdays. Wednesdays would be virtual days for everyone.

Keeping the groups on a Monday/Tuesday and Thursday/Friday routine would match the schedule expected to be adopted by the Dutchess County Board of Cooperative Educational Services (BOCES), where some Beacon High School students take vocational and alternative courses.

In a Current Conversation scheduled for 7 p.m. on Wednesday (Aug. 12) via Zoom, Beacon Editor Jeff Simms will speak with Superintendent Matt Landahl about the district’s plans for reopening, and take questions. See highlandscurrent.org/current-conversations.

An all-remote option will be available, as well. Landahl said the district will follow state guidelines for the remote choice, which must be made available for students with underlying health issues, those with family members with health issues or those who feel uncomfortable returning in person.

Cuomo will announce over the next week, on a region-by-region basis, if school districts can proceed with their plans.

The governor earlier this month said that schools could reopen if their region has reached the fourth and final phase of the state’s reopening plan — all nine regions have met that mark — and if its daily COVID-19 infection rate remains at 5 percent or lower using a 14-day average. Schools will be forced to close if the regional infection rate rises above 9 percent, using a seven-day average, after Aug. 1.

Given the Mid-Hudson Region’s low infection rate — just above 1 percent as of this week — the expectation is that its schools will be given the green light. But even if that happens, “there are still a lot of things that can change between now and September” regarding the specifics of the plan, Landahl said.

About 40 percent of Beacon parents and guardians who responded to a district survey last week indicated they are leaning toward the all-virtual option, he said.

While parents are overwhelmingly supportive of the district’s effort to construct a reopening plan, many are still hesitant to send their children, especially younger ones, back to a school building this fall, said Erin Giunta, the president of the Sargent Elementary Parent-Teacher Organization.

However, staying at home could be a struggle, too.

“There are all these things that parents have to juggle,” said Giunta, “and that’s the challenge. They don’t want their kids to go back to school but they also need to work.”

Landahl said he’s heard similar concerns from the district’s 250 teachers, who are being asked to create instructional models that they could quickly convert to all-online if the governor orders another shutdown.

John Burns, the president of the Beacon Teachers’ Association, said that teachers want to get back into the classroom. “It’s what we do,” he said, but “everybody also wants to be assured that they’re safe — but can you really guarantee that?”

While educators’ unions nationally have said they will support teachers in communities with high COVID rates if they decide to strike, Burns said that after working this summer with Landahl and other Beacon officials as part of a reopening committee, he believes “the district is doing everything in its power to make sure that everybody who goes back into the buildings is safe.”

As teaching schedules are finalized over the next month, Landahl said the district will be working to accommodate teachers who are unable or uncomfortable with returning to a classroom.

At Beacon High School, Principal Elisa Soto this week described a bleak summer with little person-to-person interaction inside the building.

“It’s eerie, seeing bulletin boards that were once filled” with students’ art and photos, she said. “So, I am looking forward to them coming back.”

Soto said she has heard from some teachers who are excited to return. She’s stayed in touch with students over the summer, as well.

“It’s never ‘Are we coming back?’” in emails with students, Soto said. “It’s always ‘When am I going to come back?’ That makes me hopeful.”

On Wednesday, U.S. Rep Sean Patrick Maloney, whose district includes the Highlands, hosted a virtual forum with five teachers from the Hudson Valley, including Andrea McCue, a special-education teacher at Haldane High School. Maloney called on the Senate to approve a coronavirus relief package that passed the House in May and would distribute $90 billion to public schools, including $5 billion to those in New York state.

McCue said that while Haldane, as a smaller district, might find it easier to maintain social distancing on campus, the age of the elementary and middle school building was a concern. “We have rooms where there are no windows, or rooms where windows are difficult to open,” she said. “I have significant concerns about air circulation and air flow, which is something that has to be addressed for faculty and students. We need better conditions for them to learn in.

“All of our teachers want to be back in the classroom but not until we have a fully developed and implemented safety and protocol plan,” she added. “We can’t implement any sort of safety plan fully until we know we’re going to have the money to afford that. We need time, and we don’t have a lot of that, and we need money to get the resources to open our schools safely.

“We know our kids coming back to us with deficits as far as academics, because we had to jump right into it [virtual learning in the spring] and everyone was building the thing while we were applying it,” McCue said. “We know that our kids are going to be coming back to us with more significant deficits academically than we generally see with the summer regression. But we have no way of knowing what psychological impact this pandemic has had.

“My fear is that if we do not get this money from the federal government, we won’t be able to fully implement a plan that deals with not only the physical safety of our faculty and students but our emotional well-being.”

In a Current Conversation scheduled for 7 p.m. on Wednesday (Aug. 5) via Zoom, Editor Chip Rowe will speak with Haldane Superintendent Philip Benante about the district’s plans for reopening, and take questions by chat.