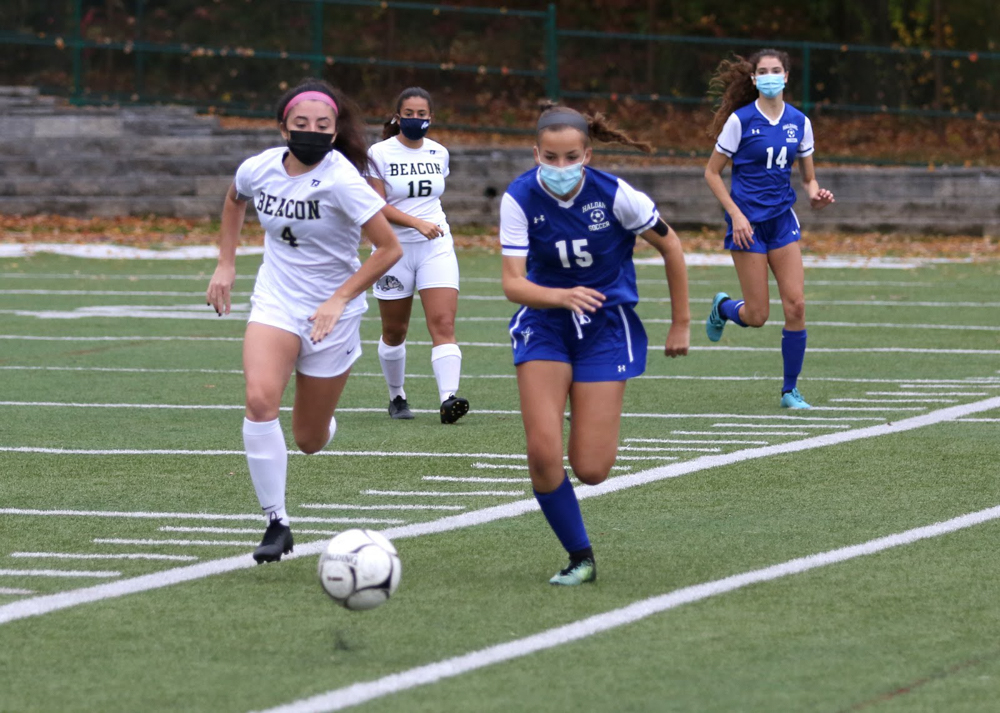 Ashley Casserly (4) and Bianca Harmancin (15) race for the ball during the Beacon-Haldane game on Saturday (Oct. 24). Photo by Scott Warren

“We moved the ball very well in that game, and we played better in the second half,” said Beacon Coach Hugo Alzate. “The first half was pretty even, but we played better after Haldane scored. We tired them out a bit.” 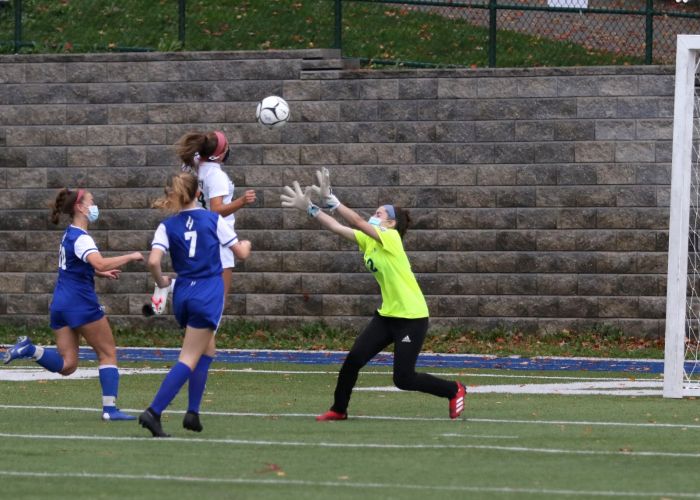 Reilly Landisi scores the first goal for Beacon on a header. (Photo by Scott Warren)

“All three goals were quality tallies,” said Haldane Coach Steve Schweikhart. “Landisi’s was just an example of a kid really wanting to find the back of the net, and she made a strong play in the air. Kelly’s was a well-hit shot that Ruby couldn’t have done anything about. Ours had a strong buildup that led to a beautiful cross by Bianca and a flawless finish by Sydney.

“I was pleased with the way girls competed with a very talented Beacon team,” he added. “They’re fast, physical and organized. They’re young, too — their goals were scored by an eighth grader and a freshman. They’re good now, and they have the potential to be scary good down the road.”

Beacon picked up another win on Monday (Oct. 26), edging Ketcham in the final minutes of the second of two, 10-minute overtime periods.

Ketcham tied the game midway through the second half. The scored remain tied until DerBoghassian nailed the clincher, finishing a feed from Gabby Del Castillo on a corner kick.

“That was the most complete team game I’ve seen in the last six years,” said Alzate. “Every girl contributed.”

Haldane lost another close contest on Wednesday at home. Poses made eight saves in net. The teams had tied, 0-0, in an earlier meeting.