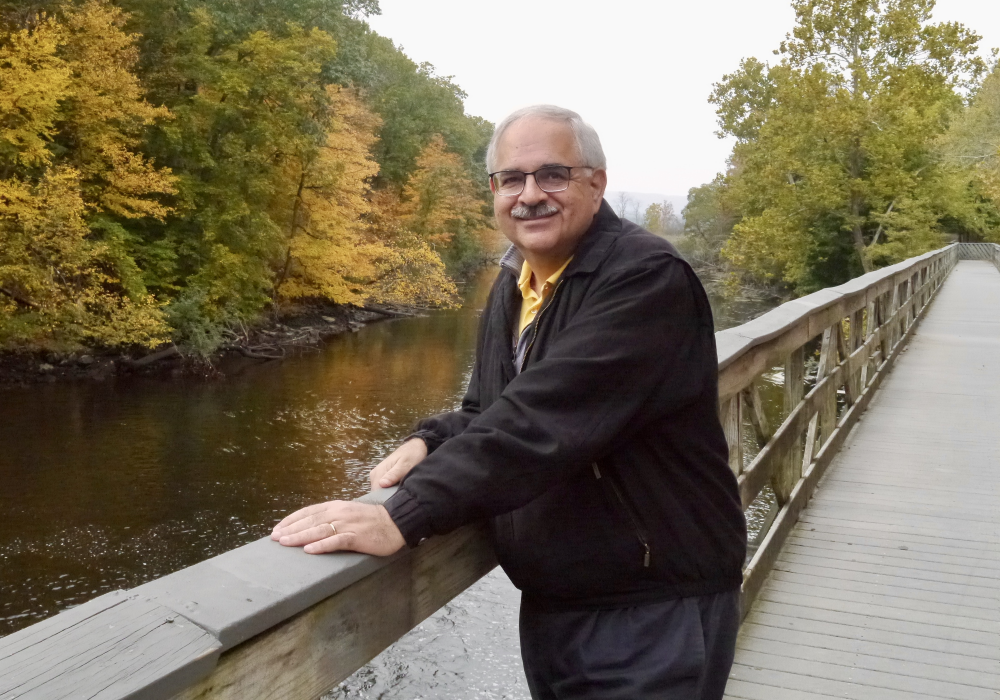 Mayor Lee Kyriacou spoke with reporter Jeff Simms on Wednesday (Dec. 9) about the challenges that faced Beacon in 2020 and those that will follow in 2021. His responses have been condensed.

Q: A year ago, when you had just been elected, the dominant issue was development in Beacon. Since then, the city has worked on building-height regulations and now requires public benefits for four-story proposals. Is there more work to do?

A: We have done some significant things on that track. The most important one was we eliminated the right for fourth floors. It doesn’t mean we’ve eliminated fourth floors. That’s important to understand, because we believe in density. The long-term direction of the country, especially if you’re environmentally minded, has to be increasing density in cities. It’s also the way that our Main Street, which is long, will survive in the long run. We’ve said that a developer doesn’t get a fourth floor as a matter of right, because we discovered people would automatically go for them. Now it’s at the discretion of the council, with a special-use permit offered in return for some public benefit.

We also tightened up our historic preservation ordinance and, down near the waterfront, we’ve tightened that up and are setting up to create parklets and other opportunities to draw people from the train station up to Main Street. We have quality-of-life issues to work on, as well, and you’ll see that reflected in our budgets.

Q: Is there anything on your to-do list for development in 2021?

A: We started a Main Street Access Committee because one of the things people indicated was a repercussion of density on Main Street was parking. I think it’s going to conclude that we need zoning adjacent to Main Street that encourages parking while still encouraging other development. We’re probably going to invest capital in parking infrastructure. It’s not so much the zoning as much as “How are you going to do this?”

One approach would be that if a building doesn’t have its own parking, it needs to contribute to a fund. If residents living on Main Street want a monthly sticker for a spot, you’ll have to pay something. Maybe we collect something from tourism and use that to fund collective parking.

Q: How long can a building boom last in Beacon?

A: The growth we’ve had was on urban-renewal parcels that had laid fallow for 40 years. The city in the 1960s and 1970s razed a lot of buildings and created open spaces that it hoped would get rebuilt right away. We were fortunate because it didn’t happen until we were a popular destination and appealing to young people. The parcels along Main Street and Beekman are being built out now. There could be development by the train station, and we’ve zoned what we’re looking for there.

We think transit-oriented development is an important environmental approach to housing and where you want to put density. You could put people down there who don’t have cars; they walk to the train and go to the city. The other area we have to look at carefully is the old Camp Beacon prison, which I don’t think would be for housing but could be important if we’re looking for jobs.

Q: Your first year as mayor has to be one you’ll never forget.

A: Who would have thought we’d have a health crisis that created a recession and then, in addition, a civil rights movement. I kept thinking, “I’ve done 18 years on the council, how hard can it be?” We spent the first few months of the pandemic trying to figure out how to keep things open. We never closed anything down in the city other than our recreation classes. We kept City Hall open. We kept the Building Department open. Obviously, we kept water, sewer, police, fire, everything going, and we figured out how to do it while other town halls were shut down. And we did it in a way that our workers felt safe.

I think we’ve done an exceptional job in Beacon. I know our infection numbers are up in Dutchess County. In Beacon, we have 30 active cases, so it’s not zero, but our peak was around 150 and we’re nowhere near that. And the county’s over 1,000 now. Things are tough but the community has done its part.

A: That’s the absolute hardest part. We are lucky that we still get some tourists, but the winter’s going to be tough. I am optimistic it will get better next year as we get vaccinations, but it’s going to last into the summer.

Q: Is there an update on the search for a new police chief?

A: The search committee that’s chaired by Council Member Terry Nelson sent me two names and I’m reviewing them. We’re probably a week or so away from being able to extend an offer.

Q: Is the city involved in planning for the Fjord Trail that would connect Beacon and Cold Spring?

A: We are. They are focused now on Breakneck Ridge. They have to build around the tunnel and improve the train stop. The important thing about the trail here is how will it cross Fishkill Creek and how does it connect to our trails? I also want to figure out how the trail connects to the Tioronda Bridge. We want to build a historic replica that will be a one-lane bike and pedestrian and hiking bridge with access for fire and other emergency vehicles. I’d love to see the Fjord Trail connect there.

I’m also proposing a new greenway trail on the other side of Fishkill Creek. We have one planned on the northwest side; I’d like to see us have one on the southeast side from that bridge up to Route 9D, so you could do a loop. 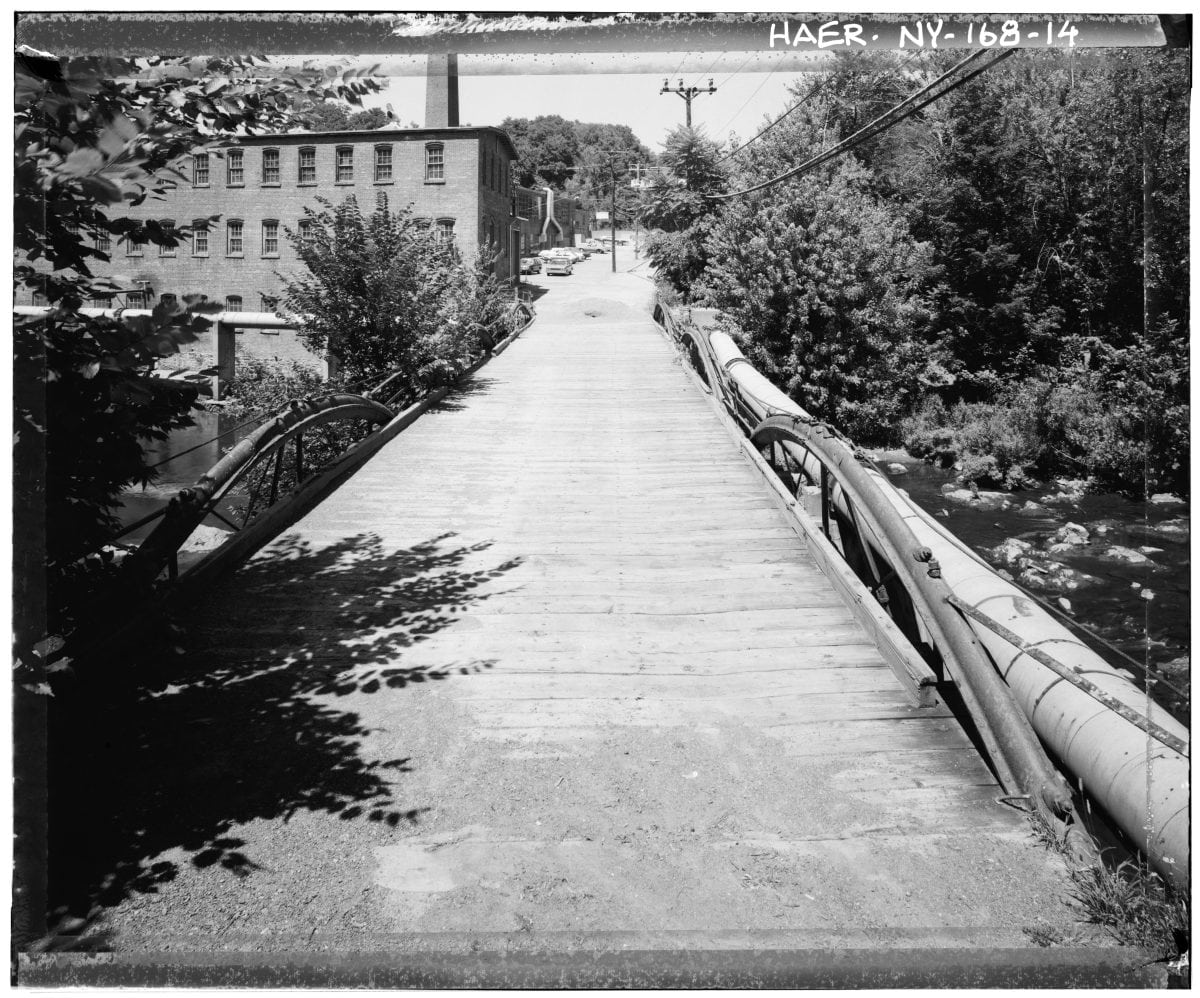 The Tioronda Bridge in 1987 (Library of Congress)

Q: Beacon’s zoning codes have been updated after a long process. If you could change one more thing in the code, what would it be?

A: We have a little more work to do on the linkage district that connects the train station and Main Street. How do we create that entrance from the train up to Main Street? Is it stairs? Is it small parks, where we’re talking to the Dutch Reformed Church about its cemetery? Do we acquire the cemetery, restore it and put a historic interpretive trail there? How do we plan this effectively to make people love walking from the station up to Main Street and to keep going?

A: I’d like us to get back to some of the capital projects. I think we’re going to move forward on restoring the Tioronda Bridge. I’d like us to do Main Street improvements that work on parking. I’d like us to get started on consolidation at the Tompkins Hose firehouse. If we can put those projects in place, which are big capital spends, we can turn to things like a potential community center.

I’m also looking forward to getting our police chief and starting up with some of the harder issues with respect to policing and community safety. We did the transparency stuff right away. We have one of the few state-accredited police departments in the region, so we had a lot of that already in place in terms of our policies and procedures. But there are questions like, can we reduce the size of one of our shifts? Can we share dispatch with the Town of Fishkill? How do we work in a mental health officer? How do we work with Dutchess County to get resources that we can’t afford?

As we continue development, we need to look at affordability. We sold off a parcel of land that we held next door to the municipal building several years ago and we got 75 percent affordable units out of that. There might be a couple more of those that we can do. That’s a much better bang for your buck than trying to get 10 percent or 15 percent affordable units out of new builders. Instead, we can find areas where you get large percentages of affordable housing. We’re working on that, too.