Fr. Jerry was the son of Nunzio and Marie DiGiralamo. He is survived by his siblings, Anthony DiGiralamo (Rita) and Marlene Yenkowski.

A memorial service was held on Dec. 28 in Bohemia, New York, followed by a service of atonement at Graymoor in Garrison on Jan. 3 and a Mass of Christian Burial on Jan. 4, followed by interment at the Friars Cemetery. Memorial donations may be made to Chapel of Our Savior, 475 Westgate Drive, Brockton, MA 02301. 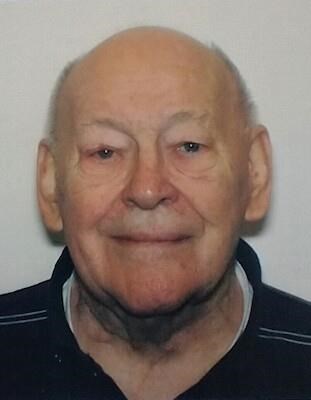 Hans Herman Moeller, 89, of Poughkeepsie, and formerly of Cold Spring, died Dec. 16 at his home at the Manor at Woodside.

Born April 20, 1931, in Brooklyn, he was the eldest son of German immigrants Walter and Alette Moeller.

Hans graduated from Grover Cleveland High School in Queens and served from 1951 to 1954 with the U.S. Air Force as a radar operator stationed in Germany, where he met his wife, Inge. They were married for 56 years before her death.

After returning home from his military service, he attended The City University of New York, majoring in economics. He graduated in 1961 and spent his career in the insurance industry while living on Long Island and in Cold Spring.

He started donating blood at the age of 14 and served as chair of blood drives in Philipstown for 24 years. He donated more than 28 gallons of blood, created the 9/11 Memorial Platelet Group and received a merit award from the American Association of Blood Banks.

Hans was a volunteer firefighter for the North Highlands Engine Co. No. 1 for 25 years, including two as chief, in 1999 and 2000, during which he oversaw the completion of a new fire station. He was elected as a fire commissioner from 2003 to 2010 and also volunteered with the PTA and the New York-New Jersey Trail Conference.

He ran track in high school and, in his forties, decided to attempt the New York City Marathon — he eventually completed five. Hans was also a handball player and enjoyed camping and hiking. He had an endless supply of old jokes, which he recycled relentlessly, his family said. Hans would have wanted to be remembered as a great American, which is how he lived every day, they said.

Services were private. Memorial donations may be made to Doctors Without Borders (doctorswithoutborders.org) or St. Jude Children’s Research Hospital (stjude.org). 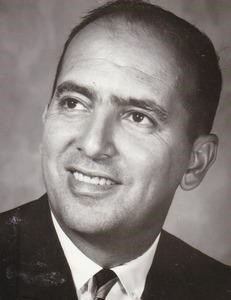 He was born in 1927 in New York City and raised in Cold Spring. During World War II, he served in the U.S. Navy aboard the USS Pennsylvania in the Pacific.

After returning home, he graduated from SUNY Oswego and earned a master’s degree from New York University. Jake was a high school teacher, guidance counselor and supervisor in Philadelphia; Kaiserslautern, Germany; Yorktown and Kingston. He served as a Veterans of Foreign Wars chapter commander and as a grand knight of the Knights of Columbus Loretto Council in Cold Spring.

While working in Yorktown, he met the woman who became his wife of 58 years, Mary Eileen. After his retirement, the couple moved to Chatham, Massachusetts, before returning to New York and spending the winters in Florida.

Besides his wife and children, Judith and Matthew, he is survived by his daughter-in-law, Moira; five granddaughters: Lia, Allison, Sofia, Camille and Marguerite; a sister-in-law, Antoinette; and a brother-in-law, John (Karen).

Funeral services were private. Memorial donations may be made to Rotary International (rotary.org) or the VFW (vfw.org). 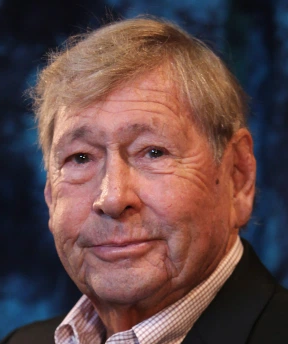 Born Jan. 18, 1931 in Englewood, New Jersey, Artie’s career as a Broadway production supervisor spanned five decades and included stagings of Sweeney Todd, Whose Life Is It Anyway?, Sunday in the Park with George, Gypsy, The Heidi Chronicles and Sunset Boulevard.

He began his professional life as a minor league baseball pitcher from 1951 to 1953; an offer to work as a show carpenter on the first tour of Gypsy was his introduction to Broadway. In 1975, he established Arthur Siccardi Theatrical Services. 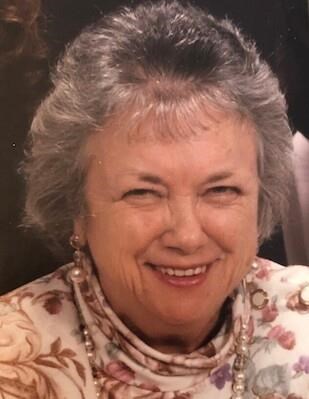 Audrey May Williams, 93, died Dec. 26 at the Lutheran Care Center in Poughkeepsie.

She was born May 2, 1927, in Cold Spring, the daughter of William and Mary Heady, and attended Haldane High School.

During World War II Audrey worked at Beacon businesses in support of the troops. On April 29, 1949, she married Leonard Williams, who died in 1994. Audrey enjoyed sewing, quilting, arts and crafts, bingo, bowling and traveling, her family said.

She is survived by her children: Philip Williams (Rosemarie) of Hyde Park, Leonard Williams (Jean) of LaGrange and Sandra Russell of LaGrange; her grandchildren, Philip Williams Jr. (Michele) of Poughkeepsie, Kelly Cheng (George) of Los Alamitos, California, and Ashley Russell of Redondo Beach, California; and her great-grandchildren, Spencer, Sebastian, Sawyer and Silas Williams; Natalie and Henry Cheng; and Maya Russell.

A memorial service will be held at a later date. Interment will take place at Fishkill Rural Cemetery. Memorial donations may be made to the Lutheran Care Center at Concord Village (lutherancarecenter.org) or to the Alzheimer’s Foundation of America (alzfdn.org).