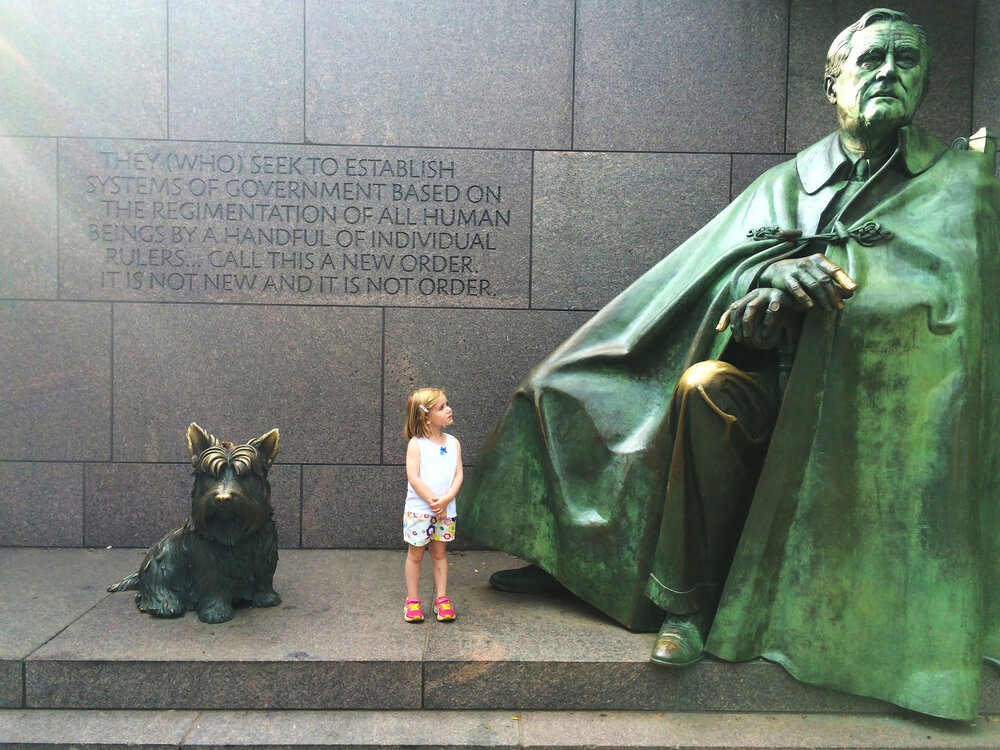 The Roosevelt memorial in Washington was cast in Beacon. (Trust for the National Mall) 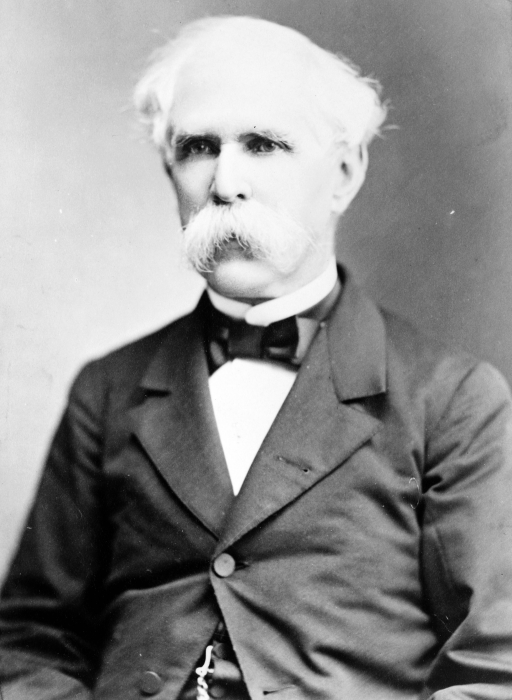 The Kansas Farmer profiled Horace Capron, the federal commissioner of agriculture, noting he had prepared as a young man to enroll at West Point but instead “chose the cotton mills of Walden and Matteawan as a higher school” before moving to Baltimore in 1829 to begin his professional career.

William Brown of Matteawan was named a grand sword-bearer for the state lodge of the Free and Accepted Masons. At the same meeting, the state organization decided that lodge rooms could not be used by political organizations; that members who died of delirium tremens [alcoholism] were still entitled to burial rites; and that a lodge in Hamburg, Germany that had offered charters to Negro lodges in Brooklyn and declared “that humanity and Masonry are outraged when color, race or religion suffice to prevent the entrance of a profane into the great Masonic family” would be excommunicated.

V.D. Perry, the car master on the Hartford and Fishkill railroad, invented an “annunciator” for passenger trains, which was a strip of canvas on rollers with the names of the stations written on it large enough to read from the far end of the car. As soon as the train left a station, the name of the next stop was rolled into view. 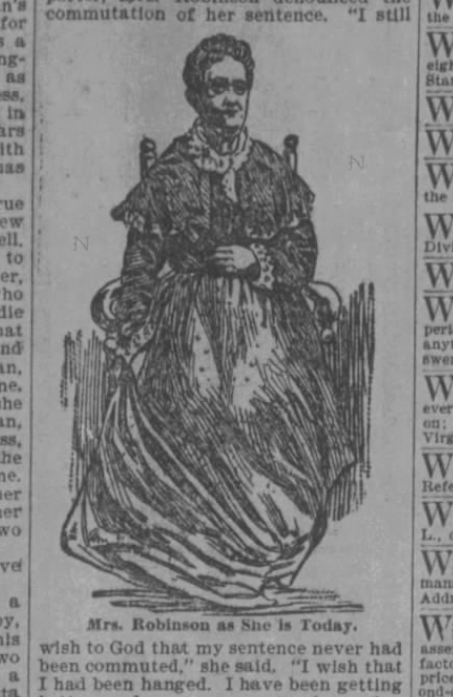 A reporter from the New York Journal visited the State Hospital for the Criminal Insane at Matteawan asylum to interview a woman who called herself Henrietta Robinson and was infamous as the “veiled murderess.” Accused in 1853 of poisoning a couple in Troy, she wore a veil throughout her trial. She never revealed her real name but claimed she had been born to a titled family in England and had a son who was a member of Parliament, although she said he believed she was dead. By 1896, Robinson had been in New York asylums for more than 40 years. [She died at Matteawan in 1905 at age 78.]

Fires were set in several locations inside the Matteawan asylum, including the dining hall and theater. The fire companies from Matteawan and Fishkill Landing managed to subdue the flames within two hours. Authorities believe the fires were set by one of the 540 inmates, Charles Mitchell, 60, who had “a mania for incendiarism.” He was searched and found with matches and a skeleton key.

John J.S. Rodgers, the commissioner of immigration in Philadelphia, received a call from the operator at Fishkill inquiring about a young woman who was supposed to join her brother at Fishkill Landing but who was apparently waylaid. The commissioner found the woman and secured her a ticket on the night immigrant train. She was met at her exchange at Jersey City by the agent of the International Navigation Co., “who permits none of the girls or women to leave the depot until the day has opened and they are fairly protected from land sharks,” the Philadelphia Inquirer reported.

Mrs. Jeannette Smalley, a fugitive who was arrested in Newburgh by the Matteawan police chief, managed to escape. She was being held awaiting paperwork sent from Danbury, where she was wanted for bigamy.

William Fullerton was crushed at the Beacon dock when he was caught in a moving part while repairing a pump on the ferryboat Dutchess. He was survived by his parents, wife and four children.

The Rev. Howard Kingdon, who had been pastor of the First Baptist Church in Beacon for seven years, accepted a call at a church in Troy. About a year earlier, he had taken a job at the Beacon Hat Works, saying his pay was too low as a minister to survive. 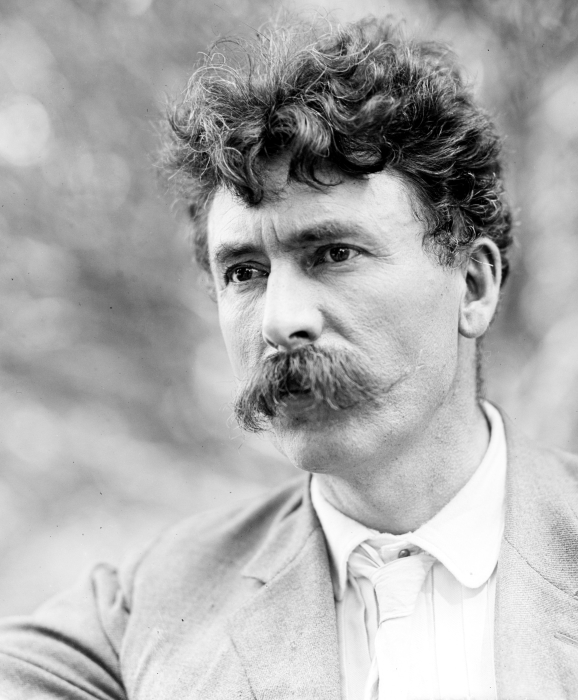 Ernest Thompson Seton, president of the Woodcraft League of America and author of Wild Animals I Have Known and The Trail of the Sandhill Stag, presented a collection of Indian relics to writer Dillon Wallace, who lived in Beacon and was the author of 12 books, including the bestseller, The Lure of the Labrador Wild.

About 1,500 people watched a regional fife, drum and bugle corps competition hosted in Beacon by the Chandler Drum Corps.

Four boys walking on the frozen Hudson suddenly found themselves balancing on a floating cake of ice. Fortunately, the current took them back to shore.

In its annual report, the Farmers’ Cooperative Milk Co. noted it had added $28,000 in real estate and equipment by taking over the Beacon plant and that it now supplied two-thirds of the milk in the city. It also built a garage, barn and storehouse on land purchased north of the Beacon facility.

Irving Stafford won a three-way primary with 588 votes for the Republican line for mayor. Ernest Macomber, who finished third and whose platform was to make the city a village again, said he would run as an independent.

The Beacon City Council said it would continue to fund the city veterans’ agency, rather than merging with the county, following assurances the state would cover half the cost.

John Palisi, who had been serving in the Armed Forces, returned home and resumed his position as city attorney.

Theodore Ichhorn, a 19-year-old Navy veteran in Glenham, was crushed when his mother’s car slipped off the jack while he worked underneath it. He had enlisted two months after graduating in 1944 from Beacon High School but his mother had appealed to the Navy to send him home early after two of his brothers, Andrew and George, were killed in action. He had been home for five months.

Beacon police arrested a Fishkill man accused of stealing a truck. He had been arrested in September for stealing the same truck and sentenced to three months in the Dutchess County jail.

The federal Office of Price Administration filed complaints against two Beacon landlords for violating rent controls. The agency asked the court to award the tenants damages equal to triple the amount of the overcharges.

A 19-year-old Beacon man was charged with assault for allegedly hitting his sister over the head with a stove shaker, causing a gash that required four stitches.

The City Council scheduled a referendum on the sale of the Tioronda school building on South Avenue. It had received an offer to convert the building into a small factory.

Philip Fitzpatrick, a retiree who lived on Willow Street and in 1920 had been credited with saving a woman from an apartment building fire in New York City, died at age 80.

Fred Way of the Mount Beacon Ski Club won the Franklin D. Roosevelt ski-jumping competition at Bear Mountain with a leap of 157 feet.

The city ordered the second- and third-floor apartments at 127 Main St., on the edge of Bank Square, vacated because of unsafe and unsanitary conditions but allowed the owner to continue to operate a pool parlor on the first floor. One of the families was relocated to Forrestal Heights and the others temporarily placed in houses slated for demolition in the urban renewal area.

About 75 people attended a school board meeting to protest the dismissal of a physical education teacher at the high school, although the board president said it did not intend to change its position. About 100 protesters also had attended a meeting the month before. In a letter, the teacher said he had only been told there was “general dissatisfaction” about his performance after three years on the job. At a Beacon Teachers’ Association forum that drew 200 people, an audience member said to the teacher that “there’s a rumor going around that if you were a married man with children, you’d still be teaching,” which drew laughter.

Beacon Mayor Robert Cahill said the state had agreed to transfer 63 acres of land adjoining the Matteawan State Hospital grounds to the city. In return, the city said it would provide the hospital with water and sewage service at reduced rates.

The Poughkeepsie Journal profiled the Beacon Narcotics Guidance Council, which had a storefront at 210 Main St. Soon after, the council called on the City Council to approve a methadone clinic that would be run by Dutchess County to treat heroin addicts. Cahill responded, “Why not Fishkill?”

After 33 years at 165-67 Main St., the Beacon Furniture Co. moved to the former Schoonmaker Department Store building at 316 Main St., which had been vacant for five years. Marvin Isaacs, who managed the store and was the son of its founders, said the establishment had outgrown its original location.

The former treasurer of the Technical Tape Union in Beacon was sentenced to three years of probation after he admitted to stealing $175 of its funds.

After a storm melted a 2-foot-deep snow pack and caused widespread flooding, firefighters used boats to rescue people from their homes. A family on Lincoln Avenue was evacuated when the foundation of their home collapsed, and a fire engine was caught in a sinkhole on East Main Street. A week later, federal officials visited to assess the damage, including at Rombout School, which the principal had taken to calling S.S. Rombout, according to Mayor Clara Lou Gould. City Administrator Joseph Braun estimated the damage at the school at $500,000 to $1 million and the damage to roads at $3.5 million.

Sculptors at the Tallix Foundry were putting the finishing touches on an 8-foot clay statue of Franklin D. Roosevelt for the FDR Memorial under construction in Washington, D.C. The statute had been enlarged from a small plaster model by Neil Estern and, once completed, would be cast in bronze.