A social venture called Hudson Valley Eats, in which restaurants work with nonprofit organizations that tackle hunger, organized a program called Cooking for a Cause that will include, on Feb. 9, a session with Shelley Boris of Dolly’s in Garrison. 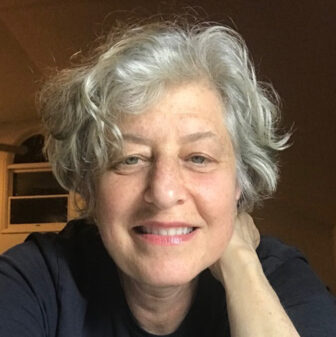 Participants are sent a shopping list of ingredients and a Zoom link for a livestreamed cooking show. They can cook with the chef, ask questions or watch and cook later. (Each session is recorded for later reference.)

The cost is $50 per session, with the proceeds going to a charity chosen by each chef. Boris’ session, in which she will cook risotto with her son, Philip Lewis, will benefit Second Chance Foods, based in Carmel, which rescues “unsold, unserved, aesthetically imperfect food” for distribution to food pantries and banks.

Diana Polack, who lives in Garrison, worked with Hudson Valley Eats founder Janet Irizarry on the project. Other sessions ahead include chef Leslie Lampert on transforming neglected leftovers (Jan. 26), to benefit Feeding Westchester, and Denis Whitton, owner of Pier 701 in Piermont and Autumn in Sparkill, on preparing coq au vin, to benefit Meals on Wheels.

Tickets can be purchased at bit.ly/cooking-for-a-cause.