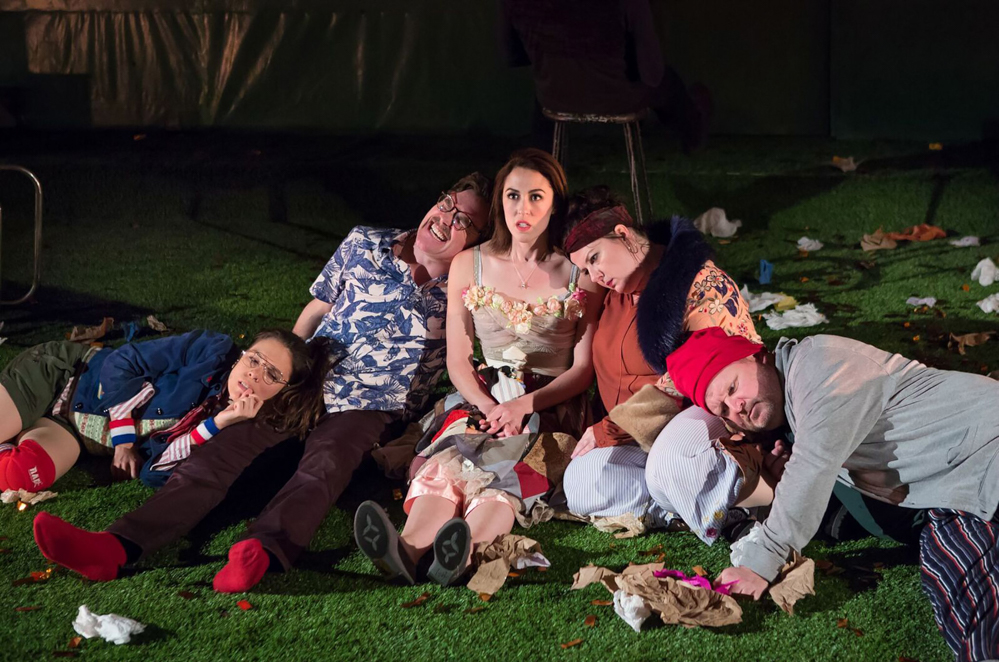 He and his wife, Susannah Millonzi — the company’s director of development and an actor who has had several leading roles with Bedlam and the Hudson Valley Shakespeare Festival — and their two young daughters last week welcomed a son and baby brother to the family.

Like nearly all theater companies, Bedlam has not held a live performance since the pandemic shutdown began in March. The casualties included an off-Broadway transfer of their acclaimed Boston production of The Crucible, which was canceled as they prepared for rehearsals, and Angels in America, which was postponed.

Many of Bedlam’s other activities, such as summer youth workshops and veteran outreach, have transitioned to virtual. The 8-year-old company also introduced Do More, a twice-monthly play-reading series via Zoom, and Bedlam: The Series, a foray into episodic, filmed storytelling. 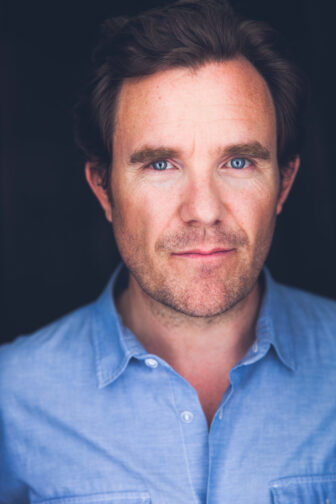 What do you see when first reading a play?

I think visually. How can it be exciting onstage? What can I do next? I keep those images in the back of my mind but often it changes completely in rehearsals. I may try to push a square peg into a round hole for too long, but I usually shift and use the strengths of the people in the room.

If I know how to start it and what the rules are, we can break the rules. The story always ends up with what’s happening in the room, and the journey to it. Some actors find it scary, others love it. What are we saying? Even if we know how it ends? What’s your version? It’s mostly what’s in the room for me.

Did you always want to run a theater company?

I did. When you’re directing for other theaters, you are responsible to the artistic director and their audience. It’s nice to have their eye and it can be less stressful, overall. But for me, with my own company, it’s just me at the end of the day, which is a nice thing to have as a director.

Will the pandemic influence Bedlam’s choice of material?

When we talk about what’s next, it’s normally a conversation that involves recent politics and social issues. These conversations now are: “How do we go forward?” Also, the George Floyd murder changed the landscape: “Have we been tone deaf until now?”

It’s funny, I wanted to do The Crucible for years and years, pre-Trump. When we finally did it [in 2019], of course I thought Trump — the mob mentality, how he incites his people. My God, The Crucible has everything, aside from the great storytelling. Audiences drew those parallels. Unfortunately, The Crucible’s probably never not been timely.

You’re also an actor. Which did you think of pursuing first?

I went to college with acting in mind, though I directed a little. I got an acting MFA at Trinity Rep [Trinity Repertory Co. in Providence, Rhode Island] and directed there, too, but was still focused on being an actor. When I finished, I found that I was always best producing my own work. So, I kept directing. It multiplies if people like your work. Recently I’ve acted mostly with my own company. But I love acting, and am hoping to do more of it, outside of Bedlam. 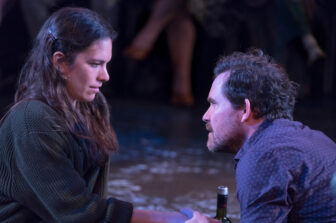 How has the shutdown affected Bedlam financially?

It’s hard. We started 2020 in a good financial place. We had cushions. We kept our staff small so we could fill out the productions ourselves. When we canceled The Crucible, it didn’t hurt us that much, as an entity, but it hurt the artists.

When the George Floyd murder happened, theaters started writing letters of support. We agreed with that but we wanted to do more. We thought: “Maybe we can raise money through donations for Zoom readings, giving that money away to groups addressing equity and justice.” We spent most of the year producing a new reading every two weeks, which was a lot of work, but it felt good and we were proud of it.

Susannah had a keen eye on when we needed to do something to keep ourselves safe as a company. Our board and our small army of donors have loved and supported our company. We’re fortunate to have loyal people who love the company.

How did Bedlam: The Series come about?

I always had this idea of taking plays from Shakespeare’s canon to make an ongoing, episodic television series. When the shutdown happened, I came back to it. Having a project would enable us to fundraise, and we’d be putting 30 people to work. The board felt it was a good shift to keep the company alive while squarely staying in our mission. The series is very much Shakespeare’s plays, with about 90 percent of his language and 10 percent modern colloquialisms. I think that will help people who don’t know Shakespeare or do but need those few initial minutes to adjust and become pulled in. We combined King Lear and Merry Wives of Windsor, which I had done a very Coen brothers version of, with Merchant of Venice threaded through.

The season is eight episodes. We’ve filmed two in Queens and Newburgh. We’re deep into editing, while looking for investment for the rest. We really want to put the whole thing out into the world.

How did you make your way to Cold Spring?

Susannah and I came to know Cold Spring through working at HVSF [the Hudson Valley Shakespeare Festival]. We bought the house two summers ago but didn’t spend a lot of time there until January 2020. We were living in the city in an Airbnb rental while we were rehearsing. Then the pandemic hit, and we closed the show and were finally able to spend time in the house. It felt lucky. We miss New York City, but we love Cold Spring. It’s been wonderful.