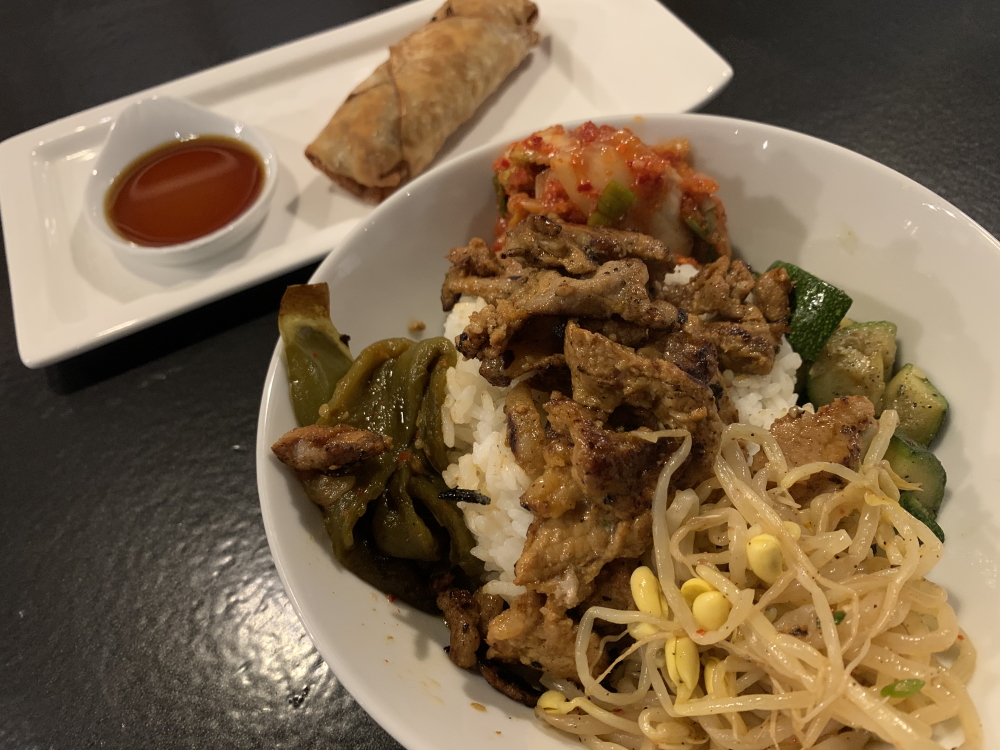 The menu at One More Bite, a new restaurant in Beacon located in what was formerly Oak Vino, reflects owner Tom Labelle’s heritage.

“My mom was Korean and I grew up experiencing recipes passed on for generations,” he explains. Along with “some very traditional Korean food,” he’s offering dishes “in which I’ve taken traditional items and interwoven them into my own experiences cooking and dining.” 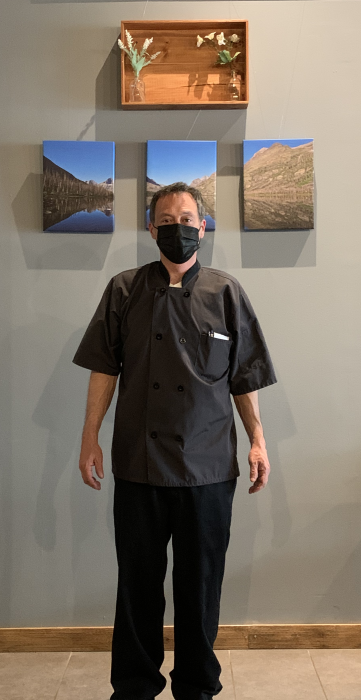 For example, he says, “I do a take on a Philadelphia cheesesteak called a ‘bulgogi hoagie.’ I also make a traditional fried chicken, served with seasoned sesame cucumber, and serve it with napa cabbage coleslaw on top of it and a very light sesame-soy dressing. We’ve taken a traditional [Vietnamese] banh mi, using spicy pork bulgogi as one of our meat bases, and then combine that with a French dip.”

Although he has never visited Korea, Labelle says he reached out to the families of childhood friends for recipes and advice. “Their parents have cooked Korean food for their entire lives,” he says. “I’ve also collaborated with my family members. My mom came to the U.S. in the late 1960s after meeting my dad, who was stationed in Seoul, where she was working in a cafe,” he says.

Sadly, Labelle’s mother, Yong Hui Yoon LaBelle, who had lived with her son for 15 years, died last year of complications from COVID-19 after the virus spread through the household. “We had discussions about the food we were planning for a restaurant, so it feels good that she kind of knew about this,” Labelle says.

The dishes Labelle ultimately chose for One More Bite, which he describes as “Korean-inspired Asian fusion,” include “multiple concepts — there’s a lot of create-your-own customization going on. Some of our sides people are not too familiar with, like our seasoned bean sprouts, pickled daikon, Anaheim peppers and shitake mushrooms, but people are branching out and trying them, along with kimchis,” or pickled vegetables.

For children seeking the familiar, there is twist. “We do chicken katsu fingers, which are breaded in panko, and chicken wings with honey-citrus garlic coating,” Labelle says.

There are non-Korean dishes, too — a bourbon-glazed chicken has been popular, even though “there is not one thing Korean about it!” Labelle says. He’s also been pleased by the number of people ordering stewed tofu in kimchi. “I make a special vegan kimchi for that dish, minus fish sauce or fermented shrimp.”

Because of the pandemic, Labelle has had the benefit of time to gestate food ideas. He’s been working in the food and restaurant business for 30 years — he began his career working at a country club in Connecticut — but, with One More Bite, made the leap to ownership.

He worked early on at restaurants in Putnam and Westchester counties but wound up in management, overseeing 15 locations in New York City for Pasqua, a chain of coffee bars. After Starbucks bought the company, he ran its lunch operation.

He left Starbucks in the mid-1990s when Main Street Cafe in Cold Spring was looking for a chef to launch a dinner program. He was renting in Beacon and shifted gears to stay local. Tina Lombardo was a server at the cafe; they married and in 2005 bought a house in Beacon.

When the Oak Vino space became available, Labelle says he thought, “I’ve been a resident of Beacon for 20 years, so I know what I’m getting into. I think the sense of community is of value here.”

After completing renovations that included the installation of a commercial kitchen, coffee machines and a pastry case, he opened One More Bite on Feb. 13.

Labelle admits that he and the staff, which includes Tina and their sons Joey, Fox and Evan, were overwhelmed by the rush of customers that day, which happened to fall on Second Saturday. Some locals have since been coming by four times a week, “trying everything on the menu,” he says.