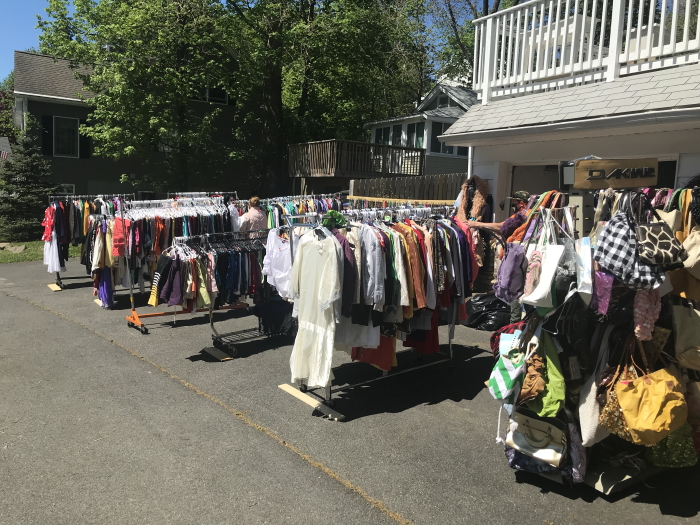 CLEANOUT — Rachel Follari of Beacon last weekend assisted her 95-year-old grandmother in selling thousands of items of clothing, shoes, hats, gloves and purses she collected over “70 years of compulsive shopping” before moving from a Queens apartment to a senior community in Poughkeepsie. “What you see is probably about 1/16th of what we have in storage,” said Follari. She plans to have another sale on Grace Street on May 22. (Photo by Allen Alter) 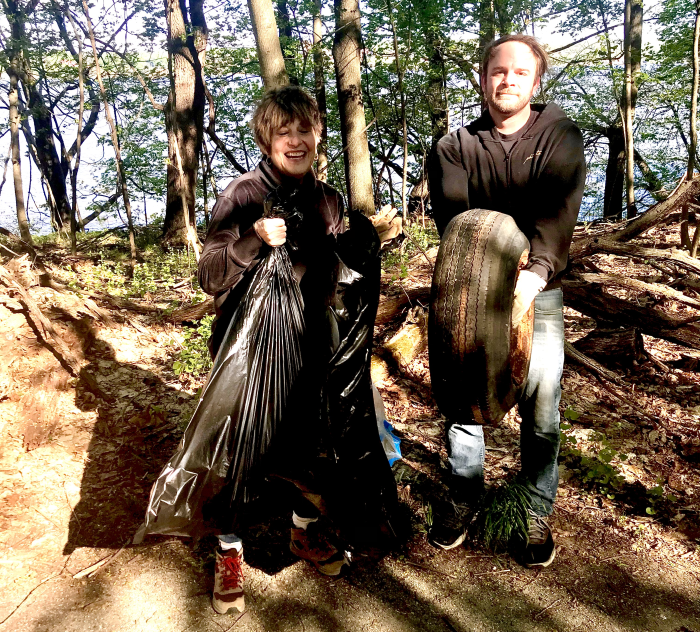 CLEANUP — Racine Berkow of Beacon and Peter Hock of Otisville were among the volunteers who picked up trash on May 1 at Denning’s Point during an event organized by Clarkson University’s Beacon Institute for Rivers and Estuaries for the 10th annual Riverkeeper Sweep. (Photo by Allen Alter) 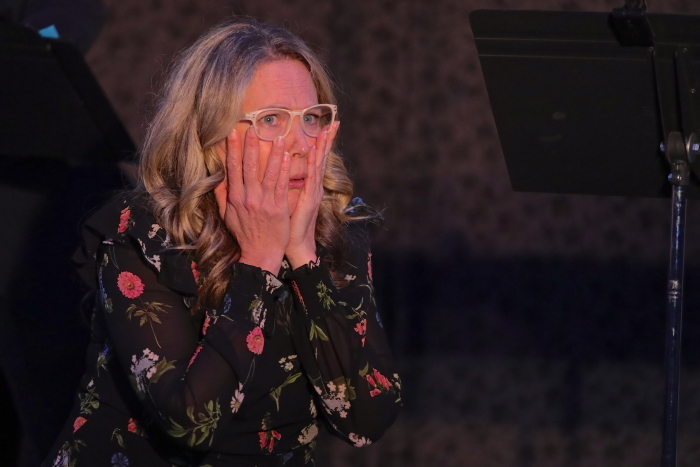 BACK LIVE (OUTDOORS) — The Philipstown Depot Theatre in Garrison last week premiered The Scream, a musical comedy fantasy in which a reclusive couple steals the Munch masterpiece only to find the image haunting them. It was written by Simon Gray, Raymond Bokhour and David Bridel, directed by Christine Bokhour and featured Drew McVety, Kevyn Murrow, Ryan Lowe, Lisa Sabin and Maia Guest (shown here), with accompaniment on the keyboards by Gray. (Photo by Ross Corsair)