A Long Island man was convicted on Friday (June 25) of scamming a Cold Spring woman out of more than $100,000. 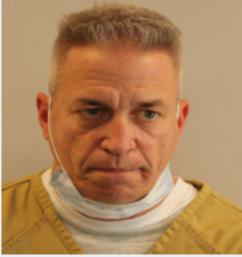 James Mcinerney, 52, of Coram, in Suffolk County, was found guilty by a jury of grand larceny, attempted grand larceny and resisting arrest. He faces 9½ to 19 years in state prison at his Aug. 17 sentencing in Putnam County Court.

According to District Attorney Robert Tendy, over six months in 2018 Mcinerney, using the alias James Bryant, claimed he was the owner of an asset recovery business. He contacted an 85-year-old Cold Spring resident, alleging that she was being overcharged by other companies and offering to secure refunds.

The victim gave Mcinerney $103,050 over the six-month period before the New York State Police were alerted, Tendy said in a statement. Investigators were given control of the victim’s e-mail account and began communicating with Mcinerney, who attempted to obtain $7,250 by claiming that he made a payment to a company on the victim’s behalf and needed reimbursement.

Mcinerney was arrested on Jan. 11, 2019, after he drove from Long Island to Cold Spring to pick up the check. When a plainclothes investigator confronted him, Mcinerney resisted attempts to be placed under arrest.

“There are so many scams out there, and sadly our seniors are often targeted,” Tendy said. “We are doing everything we can to educate seniors about these scams and vigorously prosecute these cases when an arrest is made.”