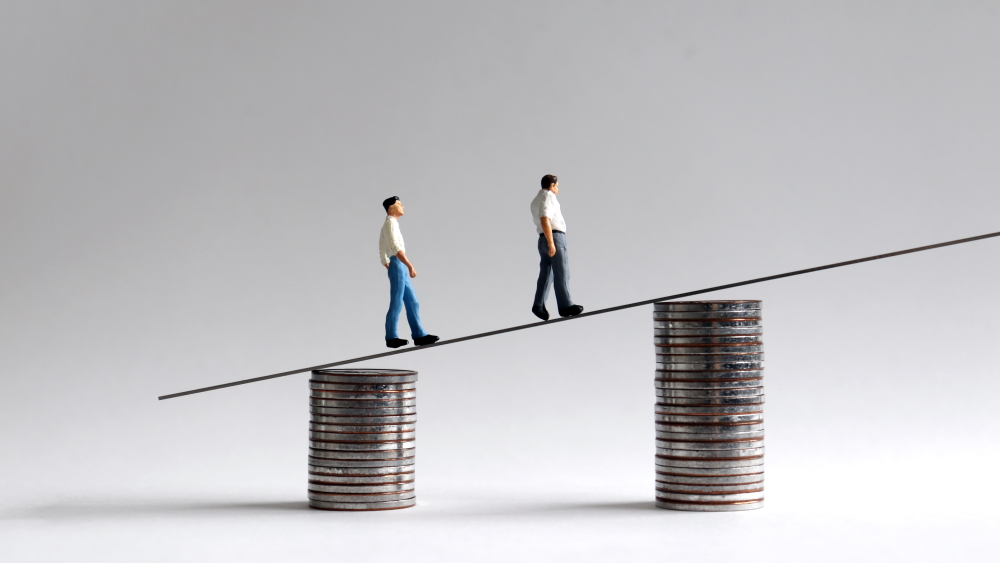 The City of Beacon usually counts on an influx of college students and recent high school graduates each summer to fill laborer positions in which they help patch potholes and sidewalks, cut grass and trees, and perform other park and road maintenance tasks.

This year, the jobs are there, but not the applicants.

Beacon sent an announcement about the positions to the school district and asked administrators to alert the Class of 2021, said White. “We think this is a good opportunity for someone who might think about a career with the city.”

As the economy reboots and unemployment plummets, including in the Highlands, myriad industries are finding it difficult to fill positions. While the reasons vary, the lack of workers is pushing up wages, especially in positions not typically associated with higher pay.

Some companies are resorting to incentives. Amazon is offering $3,000 bonuses to new hires at its newly opened warehouse in Montgomery who start before Aug. 1. 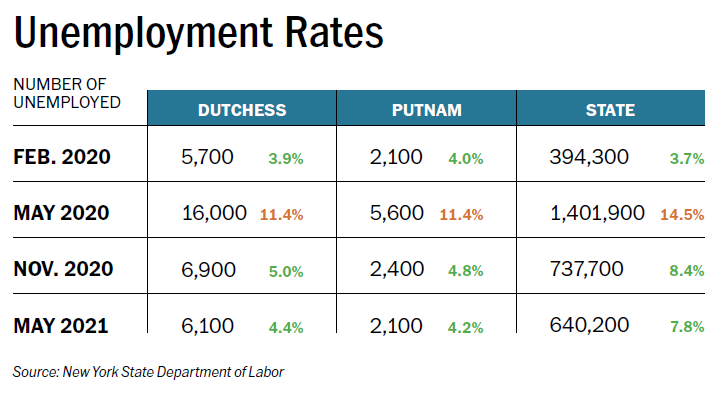 At Fishkill Farms in Hopewell Junction, finding two people with retail experience for the operation’s store proved so difficult that it raised the typical starting pay of $13 to $14 an hour to $15 to $17, said Mark Doyle, the farm’s manager, without any noticeable effect in luring applicants.

While the farm can have high school students fill some aspects of the jobs, it’s more difficult to find supervisors, he said.

New York residents employed in a variety of sectors are enjoying higher hourly wages compared to last spring, according to data from the state Department of Labor.

The average hourly wage increases from May to May ranged from $6.25 in the financial sector to $2.52 in construction, $2.40 in goods producing and $1.83 in manufacturing. The average hourly earnings in the leisure and hospitality industry, which hemorrhaged jobs during the pandemic, were down by 81 cents.

Local restaurant owners were facing the difficulty of finding workers two months ago. “This is not normal,” said Stacey Penlon, who owns The Beacon Pantry, at the time. “I have never had this much trouble hiring people.” She said she raised hourly wages to attract and retain workers but many of her employees had switched during the pandemic shutdown to other industries.

The general increase in wages began at least late last year, when weekly wages in Dutchess County averaged $1,242 (the equivalent of an annual salary of $64,584), or nearly 13 percent higher than the same period in 2019, according to the most recent county-level data compiled by the federal Bureau of Labor Statistics. Wages for Putnam averaged $1,289 a week ($67,028), an increase of 15.5 percent over 2019.

At the same time, more people are going back to work, although business owners around the country have expressed concern that federal unemployment payments that will continue through the summer, until the week of Sept. 5, are creating a disincentive for people to return, especially to relatively low-paying hourly jobs.

The federal programs extended benefits by 53 weeks, on top of the 26 weeks offered by the state, and since January have included an additional $300 per week. The programs also allowed self-employed and independent contractors, who are not typically eligible, to receive payments. Workers must certify each week that they are unable to find work.

However, extra benefits were at the bottom of the list of reasons cited by unemployed workers among 5,000 job-seekers surveyed in June by Indeed.com. The most cited reason among those not “urgently” looking for work was fear of COVID-19, followed by a working spouse, sufficient savings and responsibility caring for someone.

Workers remaining on the sidelines does not appear to affect unemployment rates in Dutchess or Putnam. While the rate in both counties hit 11.4 percent in May 2020, they have since fallen to 4.4 percent in Dutchess and 4.2 percent in Putnam, well below the state average of 7.8 percent, according to data released on June 22.

In February 2020, just before the pandemic shutdown, the rate was 3.9 percent in Dutchess and 4 percent in Putnam.