What could be more perfect than having a New York Yankees minor league affiliate just 60 miles north of Yankee Stadium in the Bronx? 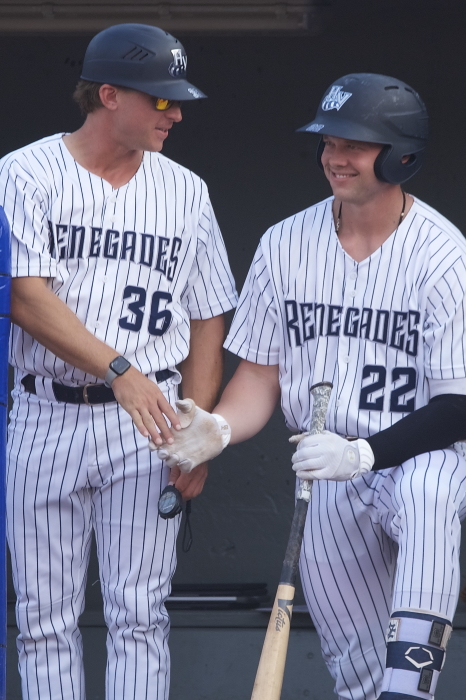 Coach Aaron Bossi (36) chats with Renegades catcher Josh Breaux (22) prior to his first at-bat on July 7. (Photo by S. Pearlman)

The Hudson Valley Renegades last year made a change from being a part of the Tampa Bay Rays organization to becoming the Yankees High-A affiliate. In an area packed with Yankees fans, it’s no surprise the response has been positive.

“It’s been good, positive, different,” Joe Ausanio, director of baseball operations, said this week. “The guys are just that much better.”

While the Yankees affiliation has certainly been a positive for the club, it also helps that COVID-19 infections are waning in New York due to vaccinations. Except for certain settings like schools and health care facilities, the state has essentially ended pandemic restrictions.

Fans visiting Dutchess Stadium to watch the Renegades “are really excited,” and attendance has increased from the start of the season, when the stands at the 4,500-seat stadium were about 20 percent full, said Ausanio. “Some people are still a bit scared, with new variants,. But if people are vaccinated, I think they should feel safe,” he said.

It’s still early in the season but the club also believes the Yankees affiliation helps with ticket sales and “energized” the Renegades’ fan base, said Ausanio. While the area is predictably short on Rays fans, it is long on “rabid” Yankees supporters who can watch players destined to be major leaguers, he said. 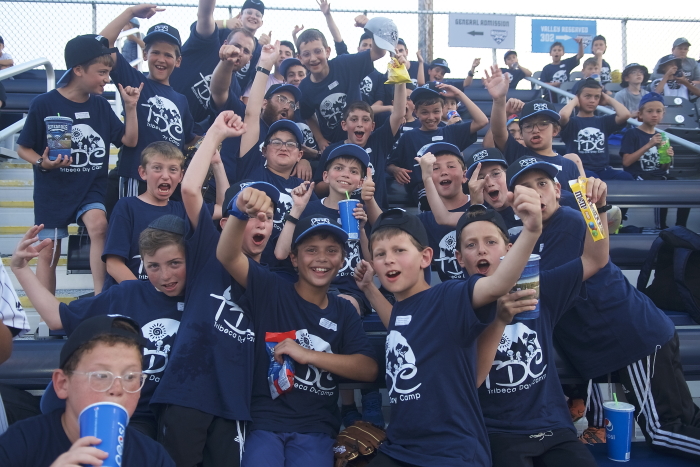 Fans are returning to the stands to see the Renegades – now the NY Yankees high-A affiliate – at Dutchess Stadium (Photo by S. Pearlman)

The Renegades roster includes some potential Yankee stars of tomorrow, including pitcher Luis Medina, who has an “electric arm,” and shortstop Oswald Peraza, who reminds Ausanio of a young Derek Jeter, the Yankees Hall of Fame shortstop.

“He’s strong and hits for power and average,” Ausanio said.

On occasion, Yankees from the big club will rehab with the Renegades, like star pitcher Luis Severino, who recently made two appearances with the club, both on the road, before straining his groin. Ausanio said that whenever possible the team will let fans know if a big name is going to be rehabbing at Dutchess Stadium. 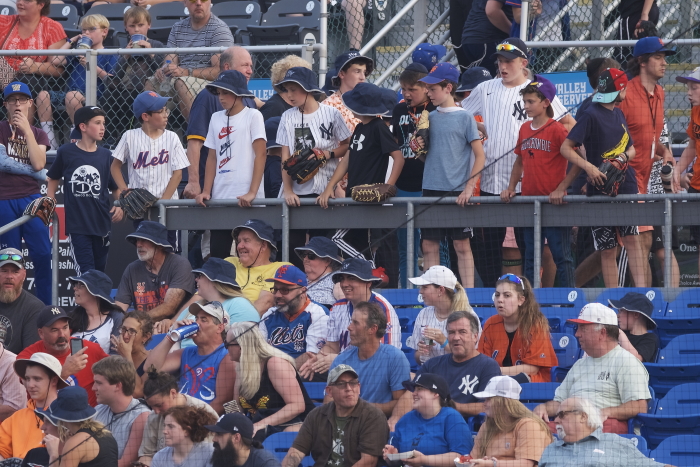 Dutchess Stadium has no capacity limits or mask requirements. (Photo by S. Pearlman)

“It all depends on where they are in their rehab,” he said. “If we know a player will be rehabbing here, we absolutely will let our fans know.”

Unlike the big club, the Renegades are “absolutely meeting expectations,” said Ausanio. The team is in first place and on pace for the playoffs. On Wednesday (July 7) at Dutchess Stadium, the team played the second game in a series against the Brooklyn Cyclones, the New York Mets High-A affiliate. It’s the first time the Renegades have faced the Cyclones since becoming a Yankees affiliate.

Saul Torrez’s sacrifice fly in the 10th inning drove in the winning run, as the Renegades beat Brooklyn, 3-2. 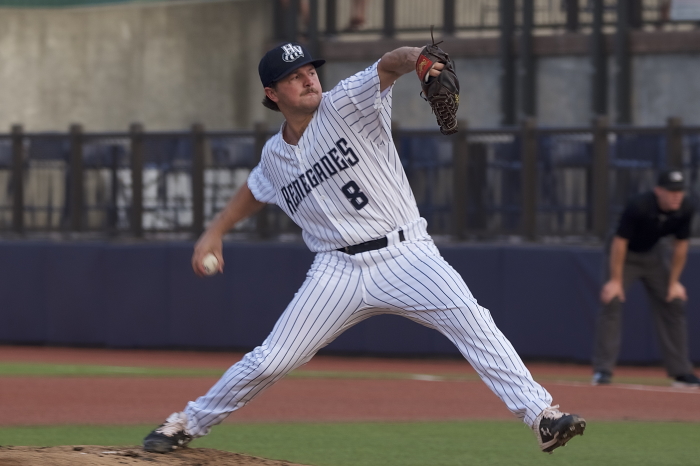 Reid Anderson started for Hudson Valley and went six strong innings, allowing two runs and striking out six. Barrett Loseke pitched the last four (one hit, six strikeouts), earning the win, and was named Player of the Game. Josh Smith had a solo homer for the Renegades, and Elijah Dunham had a three-hit night.