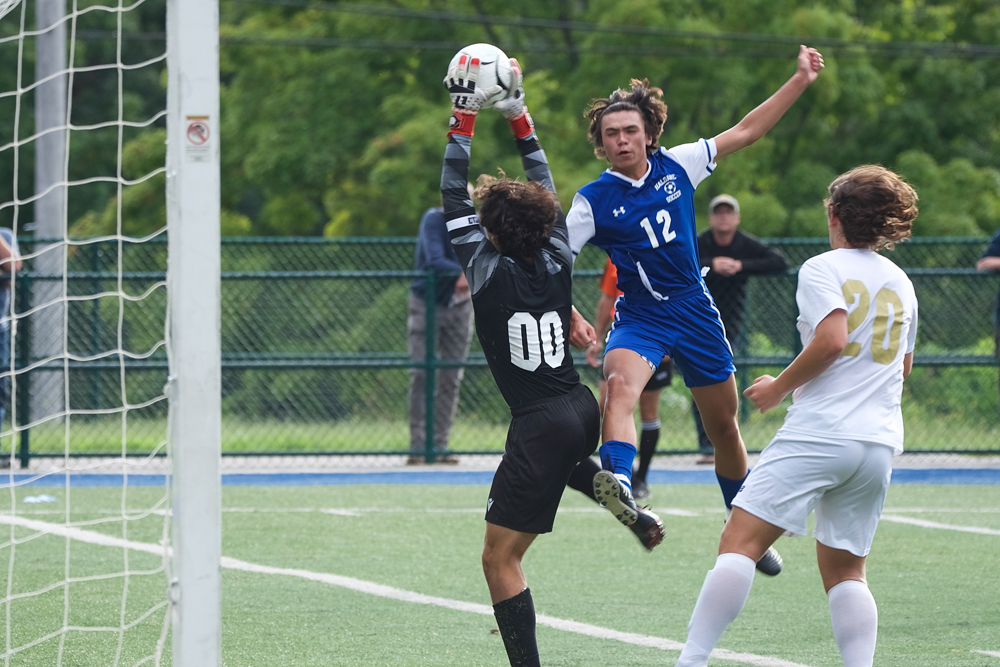 The FDR goalie made a save as Haldane’s Ryan Eng-Wong (12) attempted to score last week. (Photos by S. Pearlman)

Ryan Eng-Wong scored Haldane’s only goal, which came in the first half off an assist from Clement Grossman. Keeper Ronan Kiter stopped six shots.

Haldane trailed 2-1 at halftime. “I thought we played well in the first half,” said Coach Ahmed Dwidar. “But our stamina was not as good in the second half; we were kind of slow. FDR is a big, fast team.” 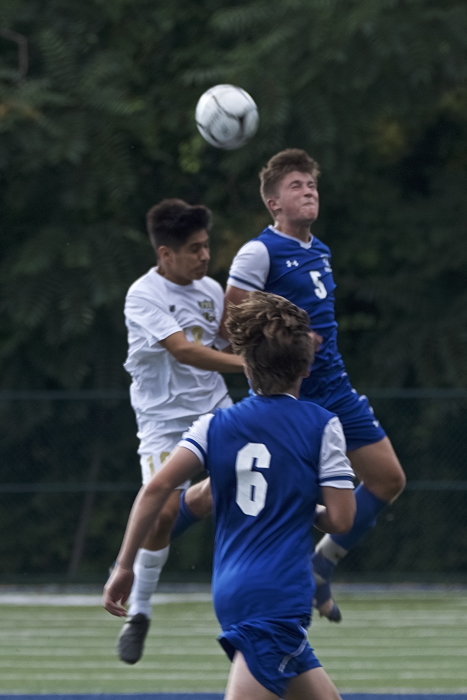 Haldane’s Will Sniffen (5) goes to the air for a ball last week vs. FDR. (Photo by S. Pearlman)

Dwidar welcomes back most of his starting lineup from a team that went 5-10-1 last fall. He lost All-Section pick Frank Bentkowski, Andrew Silhavy and John Dwyer to graduation.

“Our two senior captains — Pat DiNardo and Stephen Robinson — will need to lead us on the field and off,” Dwidar said. “They’ll teach the young guys how to win tough games.”

“It’s a talented team, and we’re looking to capture a league title and a section title that’s been away from the Haldane boys’ program for eight years,” Dwidar said. “I think we can bring it back home where it belongs, as Class C champions.” 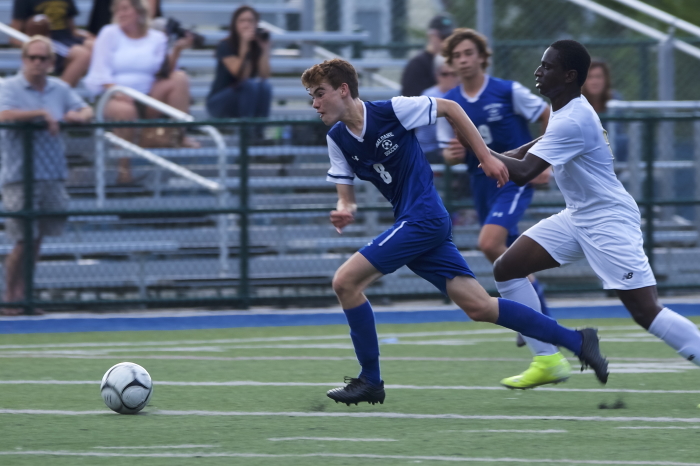 The Blue Devils were scheduled to travel to Pleasantville today (Sept. 10) and Woodlands and Lakeland early next week before hosting Alexander Hamilton on Friday (Sept. 17).

The Haldane girls’ team opened its season Wednesday with a 1-0 home win over Hyde Park’s Roosevelt High School on a free-kick goal by Finola Kiter in the first half. Keeper Ruby Poses had 19 saves.

“We have seven returning seniors, of which most have been playing together since eighth grade, so I’d say we’re experienced,” said Lentini. “We’re fortunate to have such a great group of strong leaders and team players.”

The Blue Devils will travel to Hastings today (Sept. 10) and host Blind Brook on Tuesday.