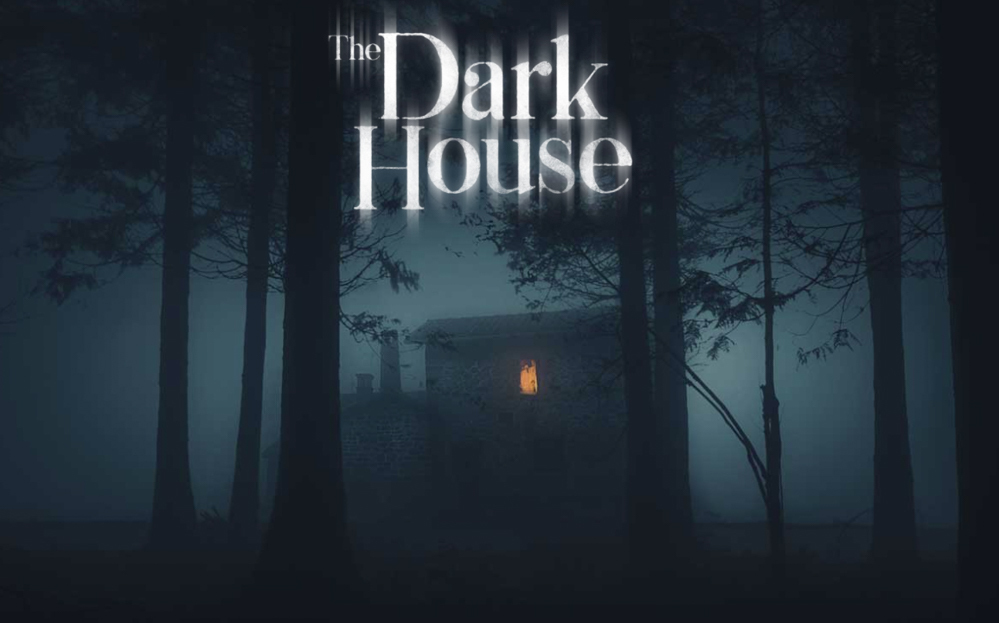 Why be terrified in your own home, when you can do it communally — while socially distanced, of course?

The Philipstown Depot Theatre is ready to make your nightmares come true with The Dark House, a “heart-pounding, immersive, horror-theater experience.” It was created by Timothy Haskell, co-founder of the Psycho Clan (and proprietor of Cold Spring Cheese), who has been concocting popular immersive theater installations and experiences in New York City for more than 20 years, including Nightmare: New York’s Most Horrifying Haunted House.

Don’t let Haskell’s friendly exterior lull you into thinking this will be a benign, laugh-filled, quasi-haunted house. 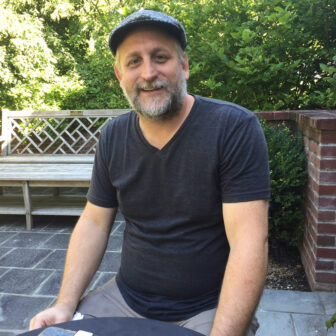 Timothy Haskell, creator of The Dark House (Photo by A. Rooney)

“I’m not downplaying — it gets scary,” he says. “Some of the best horror is about plot and development. Nowadays, filmed horror usually depends on startles and jump scares, but I like the ones that make me concerned about the characters involved: sweet, menacing, malignant. This one gets darker and darker as it goes along. For the first 33 minutes, you’re in a safe space, then…”

The production, which opens Thursday (Oct. 7) and continues through Halloween, is recommended for those 14 and older. “If you can watch a scary movie, you can do this,” Haskell says.

The Dark House is inspired by “The Toll House,” a classic British ghost story by W.W. Jacobs. Visitors will spend most of their time inside the Depot Theatre in darkness, wearing headphones that “download the experience into your mind,” according to the promotional literature. You are assigned to spend the night in a haunted house to prove it’s not haunted and follow rope lines to navigate.

What it won’t be, Haskell says, is a “walk down dark hallways where monsters jump out at you with chain saws. It is not that at all.”

Haskell didn’t start out as a haunted-house maven. “For years I was a somewhat successful off- and off-off-Broadway theater director, taking Brechtian ideas of populist theater and applying them to popular culture,” he says. He had some commercial success with “an avant-garde theatrical take on the movie Roadhouse — I’m not kidding. It transferred to an off-Broadway theater. Before, I was always excited when there were two people in the audience.

“I had grinded it out in downtown theater for a while, and just when I had taken steps toward going back to school to get a master’s degree in anthropology, this just took off. I started getting hired. I did a Fatal Attraction one, a Paris Hilton one — I had a two-year period doing 10 off-Broadway shows.

“They were high comedy; I was the king of straight camp. They were all a little ridiculous,” he says. “There were always lots of fights, as I was a certified fight choreographer, and we did things that lent themselves to that.”

Eventually he segued into haunted houses. 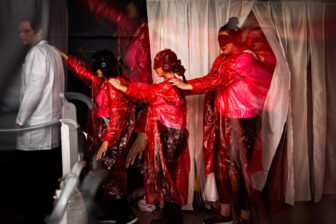 “I loved haunted houses,” he recalls. “There had been one at Madison Square Park, but it had been closed for eight years. I thought about a play I’d seen where the audience moved from room to room and thought I could do that in a way where the rooms got progressively scarier. I got eight theater companies to participate. It was tongue-in-cheek but kind of artsy funhouse.

“I sent a press release to Time Out and thought we might get 100 people,” he says. “I opened the door and there were 1,000 people outside. It was nuts. It was just me and my wife as tour guides and all we had was a cashbox.

“After that year, it was crazier each time. We had 5,000 people attend the first year and soon it was 40,000. We stayed at that for 20 years. Each year brought more copycats, so I started doing more intimate ones. Eventually there were 12 haunted houses in the city, most with no character-build, just lots of shouting.” 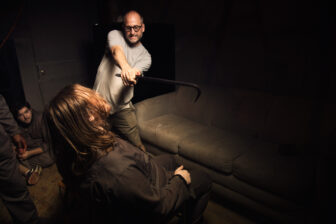 A precursor to The Dark House was This is Real, which ran for three years. Eight people were admitted at a time for the one-hour experience. The premise was that the participants had been kidnapped and woke up in a cage. The Dark House is a reworking of another production, I Can’t See, that ran in Manhattan in 2019, re-designed to fit the Depot space, including in its waiting room and box office.

Haskell’s most recent scare-stravaganza took place in the back of Cold Spring Cheese three years ago. It sold out in two days. “It was my first experiment with blindfolding” visitors, he says, “and I confirmed that a small space doesn’t matter — I have enough tools in my shed that I know how to make things feel a certain way.”

The Dark House will run from Wednesdays to Sundays from 6 to 10 p.m. (5 to 10 p.m. on Halloween weekend), with staggered admissions. Tickets are $30 ($35 on Halloween weekend) and must be purchased in advance at nightmarenyc.com. Visitors must present proof of vaccination against COVID-19 or a same-day test result, and masks must be worn.