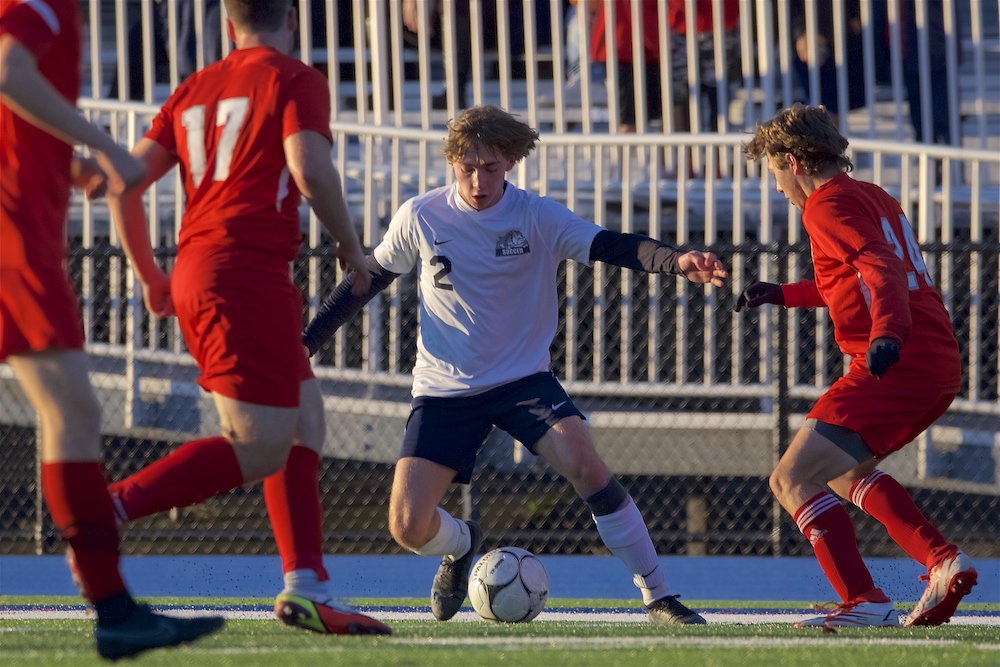 Somers gave Beacon's Chase Green (2) lots of attention whenever he touched the ball in the opening round of the regional tournament. (File photos by S. Pearlman)

Will Sniffen of the Haldane boys’ soccer team was named league MVP and Ahmed Dwidar as the league coach of the year earlier this month.

Haldane played in League D of Conference 3 in Section I, with Croton-Harmon, North Salem, Pawling and Putnam Valley. 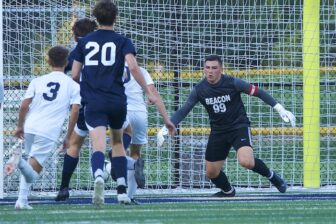 Beacon keeper AJ Lucas prepares to make a save against John Jay East Fishkill early in the season.

Sniffen, a junior, was also named to the All-Section team; goalie Ronan Kiter received an honorable mention. The teams are selected by the coaches.

In Section IX, seniors Chase Green, Dillon Kelly and AJ Lucas of Beacon High School were named to the All-Section team and included among the section’s best players in Class A, along with senior Alex Wyant.