It’s time for some Old-Time fiddle

Something must have seeped in, musically, during Harry Bolick’s first year of life, which he spent in Mississippi. After that, his family moved around in the south, including a long spell in Alabama, but regular visits to Mississippi became a touchpoint. 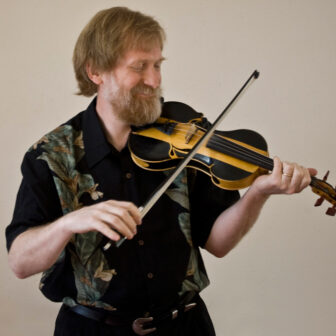 Somewhere in there, Bolick discovered Mississippi fiddle tunes, aka “Old-Time” or “Old-Timey” music. Passed along across generations and geography, it’s primarily for dancing and trading tunes with friends, Bolick explains, noting that the Old-Time community, numbering in the thousands, is extremely social.

As a way of enriching the repertoire within this community, Bolick co-wrote two books, the latest of which, Fiddle Tunes from Mississippi — Commercial and Informal Recordings, 1920–2018, with Tony Russell, was published in September by the University Press of Mississippi. It will be celebrated in a talk with live music and storytelling at 4 p.m. on Dec. 12 at the Howland Cultural Center in Beacon. (There’s an art show, too.) The program is free but reservations are required at howlandculturalcenter.org.

Bolick has described Old-Timey music as “an old form of North American folk music, derived from European (fiddle) and African (banjo) traditions and developed in Appalachia and the South. Many of the tunes can accompany square and contra dancing, or even clogging; others are ballads.

“Bluegrass developed from Old-Time music but differs in important ways, most crucially in that it is primarily a concert form, with performers improvising in virtuosic solos,” he says. “In Old Timey, everyone plays together, either iterating the melody or accompanying it, through as many repetitions as the group or leader wishes to take.”

While playing and composing for his own enjoyment, Bolick is cognizant that his role is to keep the music alive in the U.S. This is accomplished through a variety of methods, including fieldwork and sharing what was uncovered or confirmed — or dispelled — through Fiddle Tunes from Mississippi and Mississippi Fiddle Tunes and Songs from the 1930s, co-written with Stephen Austin in 2015, both of which feature transcriptions of the music.

The basis of the new book is groundbreaking research that Russell conducted in the 1970s and Bolick updated and expanded during the past 10 years. “There were people that Tony couldn’t find and bands he wrote about then without the aid of photos, but by doing things like tracking grandchildren, hearing their stories, I was able to find images and discover fiddlers he didn’t know about,” Bolick says.

Carthage, Miss., Dec. 9 — Claud Pickle is dead and Lonnie Pickle, his cousin, is suffering from knife wounds and faces a charge of murder as the result of a fight over who should pay the fiddler.

The two men attended a dance at Doesville, 12 miles north of here, Monday night. When the fiddler played “Home Sweet Home,” and started to put his fiddle away, Claud, who had been dancing with a young woman both the men were acquainted with, offered him 50 cents to play for one more dance.

Lonnie offered the fiddler $1 not to play and held out a bill. Claud knocked it out of his hand, according to bystanders. Both men drew knives and they fought on the dance floor for several minutes before Claud fell, mortally wounded. Lonnie was not seriously hurt.

Bolick learned his first fiddle tunes on guitar at the University of Alabama through independent study. He also stumbled on a trove of folk music in the state archives compiled during the Depression by about 130 Works Progress Administration employees who traveled the dirt roads of Mississippi through farms and villages to discover fiddlers and singers. “It had been researched, notated, assembled and forgotten,” he says. 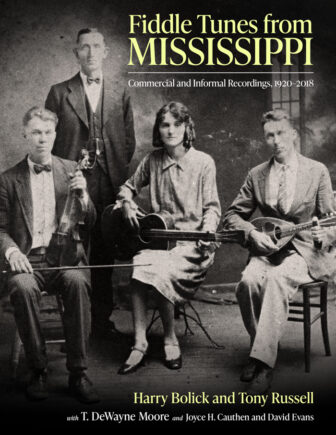 After Bolick moved to New York City, he began attending weekly dances at the Country Dance and Song Society. Through friends there, he joined jam sessions with musicians he considered heroes and wound up recording with them.

All of this was done while Bolick maintained his day job as an illustrator and web designer; he worked for Sony Music for 15 years until he retired in 2010 and moved to the Hudson Valley. He taught fiddle and mandolin privately and at the Garrison Art Center and, until the pandemic intervened, he and his wife, illustrator Pat Schories, hosted monthly, three-hour jams at the Howland Cultural Center with fiddle, banjo, guitar, mandolin, dulcimer and bass players.

“Dancing is probably the last thing which will come back from COVID-19, but it’s the best way of keeping the tunes alive and shared,” he says. “YouTube is full of it, but it’s still not like person-to-person sharing.”

Bolick says that Old-Time music will sustain itself, although perhaps not in the Magnolia State. “About 20 people care about it in Mississippi, but elsewhere, particularly in North Carolina and Michigan, it’s thriving,” he says. “Though I’m not worried about it dying out, the major players now are revival players. Continuing to write songs is important. I’m hoping through my efforts to share more, especially the gems which have been hidden away, to get the music out to the players.

“One of the beautiful things about this is it’s widespread, age-wise, probably because teens, or even younger, are born into families that played,” he adds. “Friendships between older and younger players develop, which is an unusual thing in American life. This community swaps tunes like others swap gossip.” 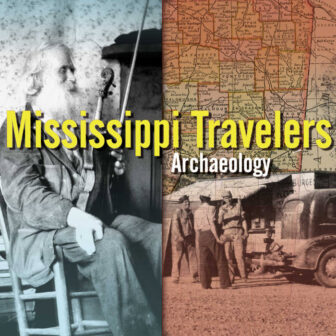 Harry Bolick and his collaborators have released nine albums that are available for download at harrybolick.bandcamp.com; he also has posted free downloads of historic songs and family and field recordings mentioned in Fiddle Tunes from Mississippi at bolick.net.