Presiding over his last formal monthly meeting on Dec. 2 as Philipstown supervisor, Richard Shea received tributes, standing ovations and a round of song. 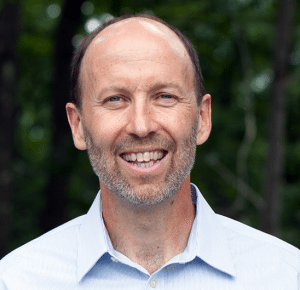 He also repudiated a resident’s criticism of both the Hudson Valley Shakespeare Festival plans for a new home and town government oversight of that project.

In an email the next day, Shea summed up the evening as “one for the record books, by turns weird, wacky, inappropriate and touching.”

First elected supervisor in 2009 after eight years as a member of the five-person Town Board, Shea did not seek re-election this fall and will leave office Dec. 31. Board Member John Van Tassel, who ran unopposed in November, will succeed him.

Van Tassel called Shea “a role model for me; a role model for this board. You’ve taught me to listen” to the public and sometimes change an intended course of action as a result, he told Shea.

Councilors Judy Farrell, Robert Flaherty and Jason Angell separately praised Shea and the board gave him an antique map of Putnam County. Fred Martin, a resident, led the audience in a round of “For He’s a Jolly Good Fellow.”

Shea responded by expressing appreciation to fellow board members, who “make my life easier and make your life better”; to Galef and other elected officials; and to residents for taking an interest in town affairs.

“The great thing about local government is that we get to paint our future,” he said, before a second standing ovation. “You can have direct impact in your community.”

The board also saluted Judge Stephen Tomann for a quarter-century of service to the Philipstown Justice Court and awarded him a ceremonial gavel. Tomann, who could not attend the meeting, “is just a super-steady person,” said Shea. “As a justice, that’s what you want, this impartial, objective individual. Good justices are very hard to come by.”

During the public comments that ended the meeting, Garrison resident Joe Regele challenged HVSF’s plans to develop the former golf course at The Garrison into a theater and arts campus. He noted that the festival has applied for a special-events permit from the Town Board to stage performances in a temporary tent in 2022 and 2023 while Planning Board scrutiny of HVSF’s proposed permanent facilities continues.

“What opportunity does the public have to address a special permit?” Regele asked, claiming that the application is “full of inaccuracies and misstatements.” He urged that, “before a decision is made,” the Town Board explain how special-event permit approval relates to the review by the Planning Board, which, he said, has been “overwhelmed” by information from the applicant.

Shea acknowledged that he supports the HVSF project, but noted he will not be on the Town Board when the special-event permit application comes up. He said there would be a public forum on the review process and pointed out that Planning Board meetings are open to all. “That’s democracy: You show up and get informed,” he said.

As Regele returned to his seat, he flipped off Davis McCallum, the HVSF artistic director, who was sitting in the audience.