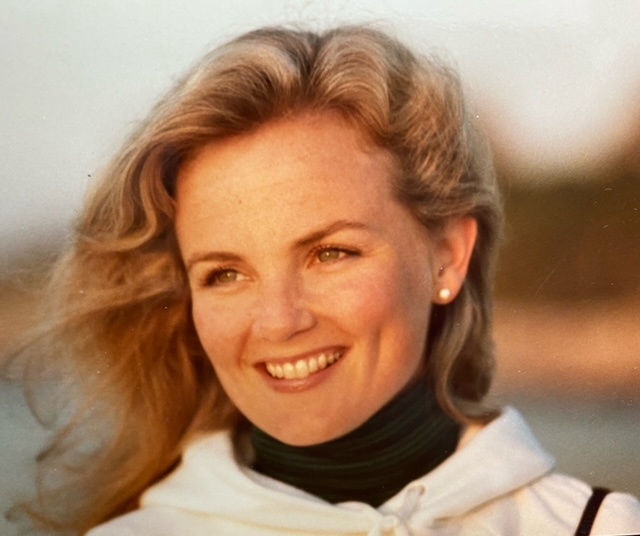 Anne Bertram Endler, 67, died Jan. 2 of cancer at her home in Garrison, with her husband, Peter, at her side.

She was born on Sept. 5, 1954, the daughter of Pauline and Richard Bertram, and grew up in Coconut Grove, Florida, where she attended Gulliver Academy and the Everglades School for Girls.

She loved music and was an accomplished member of her high school’s glee club, as well as a popular singer in cafes during her high school and college years. Having traveled extensively with her family, including summers on Martha’s Vineyard, Anne attended Pine Manor College and graduated from Boston University, where she and her husband met.

Smitten at first sight, Peter repeatedly asked Anne for a date, and was repeatedly denied. Undeterred, he asked one last time, to which Anne finally responded, “Yes.” He said she made him the luckiest man alive for the next 43 years.

Anne engaged in all pursuits with a smile, a self-effacing demeanor, tremendous intelligence, an elegant grace, and a kind, caring generosity that put everyone else’s feelings and well-being ahead of her own, her family said.

She honed her interior design skills while working with her mother, Pauline Bertram. Upon her mother’s passing, Anne carried on her decorating firm, P.B. Interiors, completing several projects in Garrison and New York City. In addition, her own home afforded a seemingly never-ending decorative canvas. She also enjoyed working with her mother-in-law, Myra Endler, in a wide range of creative endeavors.

Anne was a longtime member and past president of the Philipstown Garden Club, where she expanded her knowledge of, and appreciation for sound environmental practices, gardening and the art of flower arranging while reveling in the club’s sense of community. She had high regard for the club’s mission, but her family said it was the many meaningful friendships she made through her membership, in addition to those which endured since childhood, which immeasurably enriched her life, and for which she was most grateful.

A lover of animals, Anne could not bear their mistreatment or discomfort. She was appreciative of all organizations which sought to care for the homeless or neglected and adopted three cats from Mid-Hudson Animal Aid. (She wished she could have adopted all of them.) Each of these new family members has brought great joy, staying close to her bed during her final days. Anne’s many “pawed pals” over the years benefited mightily from her attentions, but not nearly as much as she did from theirs, her family said.

In addition to her husband and mother-in-law, Anne is survived by her siblings: Madelaine (Greg Osborne) of Denver; Caroline Bertram of North Palm Beach, Florida; Digby Bertram of Winter Park, Florida; and Morgan Bertram of Palm Beach Gardens, Florida.

Memorial donations may be made to Mid-Hudson Animal Aid or any organization promoting the comfort, care and safety of animals in need.