Suspect is Newburgh man on parole

A City of Newburgh man was arrested last week in the armed robbery of $228 from the Gulf gas station on Route 9D and transferred to U.S. Marshals Service for prosecution on federal charges.

Peres was turned over to U.S. Marshals and arraigned on Feb. 18 in the U.S. District Court for Southern New York in White Plains on two charges: Hobbs Act robbery and brandishing a firearm. He was denied bail. 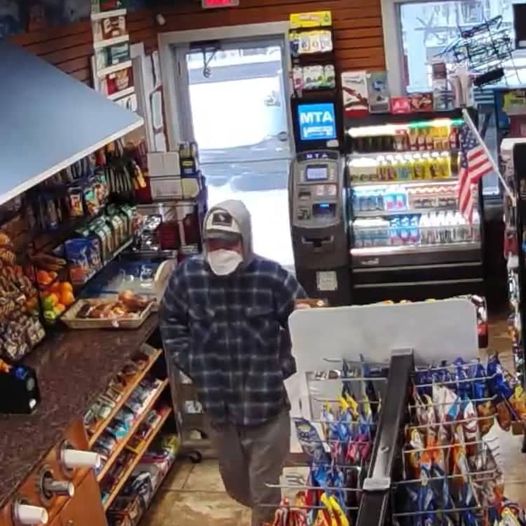 A security camera photo of the suspect

An affidavit filed by an FBI agent as part of Peres’ prosecution said the license-plate reader on Route 9D near Boscobel first captured a black Hyundai hatchback passing the Gulf station while driving toward Cold Spring at 7:07 a.m., roughly 30 minutes before the robbery.

Two minutes later, according to the affidavit, surveillance footage from the Sunoco at Main Street and Route 9D in Cold Spring showed a man later identified as Peres buying Swisher Sweets cigars from the station. Peres showed the clerk a picture of his identification on his phone and lowered his face covering before completing the purchase and leaving at 7:13 a.m., said the FBI.

The license-plate reader captured the Hyundai driving back toward the Gulf station at 7:15 a.m., and footage from a home surveillance camera north of the gas station showed the same car driving south on 9D at 7:21 a.m., and 15 seconds later, driving north again. The home surveillance also caught someone walking south toward the Gulf at 7:37 a.m., about one minute before the robbery, and then running north again at 9:40 a.m., according to the FBI.

After responding to the Gulf, deputies deployed a K-9 dog and followed footprints in the snow from the station to an area off Route 9D and Snake Hill Road, ending at tire tracks that “appeared to back into a parking spot and then pull straight out onto Snake Hill Road,” said the FBI.

The car’s registered owner was traced to a woman living in Fort Montgomery. Shown the surveillance footage, she identified Peres, saying he was her daughter’s boyfriend, according to the affidavit. The woman also said the clothing worn by Peres belonged to her daughter and she gave investigators permission to search her house. The FBI said the search led to a container of zip ties.

A man named David Peres of the same age was released on parole in November from state prison after serving a sentence for burglary. David M. Peres, then 17, of Highland Falls, was arrested in 2015 with two others for breaking into farm stands in Orange County.

Saif Saleem, who was filling in for his cousin, station manager Eelaaf Najam, said that he was threatened with a revolver before handing over cash from the register and being ordered to zip-tie his own hands together.

After using scissors to cut the zip tie and free his hands, Saleem called 911. “I thought he was going to shoot me,” he said.