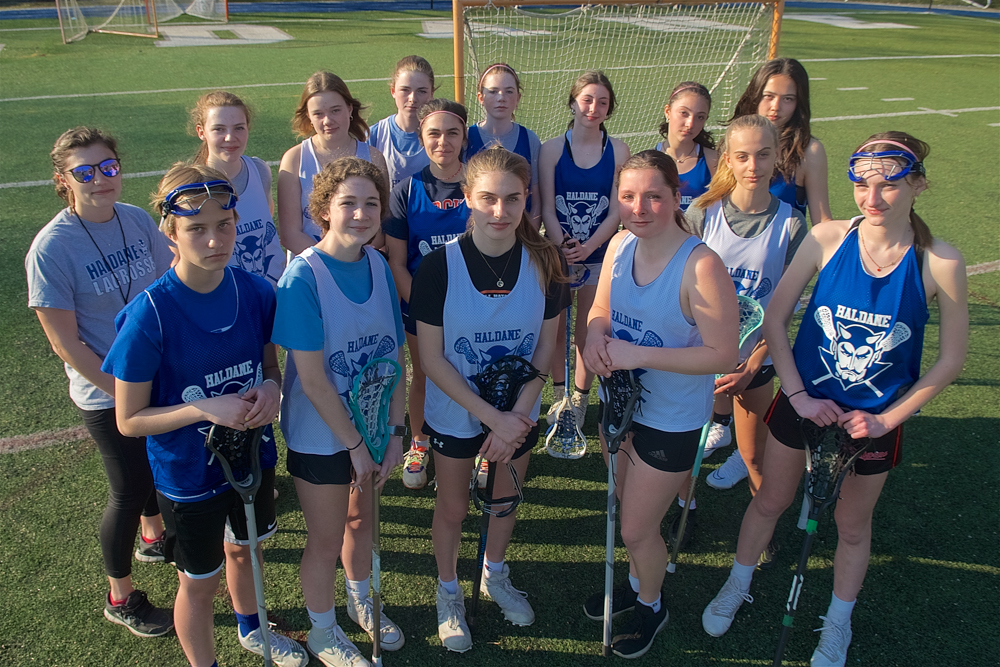 After spending the last two seasons with only a junior varsity team, Haldane High School’s varsity girls’ lacrosse squad is ready for its debut on March 29 when it hosts Wappingers.

Keri Dempsey, a 2011 John Jay East Fishkill grad who coached the JV team, will follow her team to the varsity level. She said the players are thrilled to be moving to the “big stage.”

“I’m ready to see what the competition looks like, how we’re going to hold up,” she said this week. “I think we’re going to do well, and it’s going to be a great experience for everyone.”

Dempsey said the time was right for a varsity program, especially since the team has many juniors who could not continue at the junior varsity level.

“We’ll have a tough schedule, but it will be good for them,” she said. “We’re doing the same things we did last year. We’ve learned some new plays, and we have a little bit of a different defense. But overall, this is the same group of girls I’ve had, so I know how they play. They work great together, and they’re great teammates.” 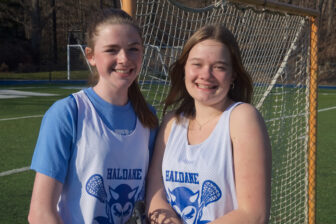 “They’re all experienced, and we’ll rely on them,” Dempsey said. “They’ll run the plays; they know where everyone needs to be. They’ll provide leadership, keep girls motivated. And they’re great with the new girls, and being positive all the time. It’s a good dynamic for our team.”

Sophomore Lola Mahoney has impressed Dempsey in the cage. “She stepped up to the plate for us last year and did an awesome job,” Dempsey said. “So she stayed in the position, went to goalie camp and has been working hard. She’ll see some hard shots, but she can handle it.”

With only a few pieces missing from last year, the Haldane boys’ team returns talent and experience. But after losing in the semifinals of the Section 1, Class D tournament the last two seasons, the team is hungry for a title, said Coach Ed Crowe. 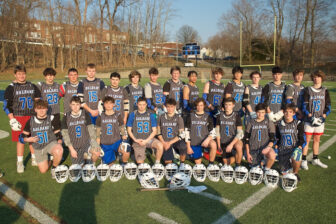 After bowing out two years in a row in the semifinals, the Haldane boys’ team hopes to compete for a sectional title this spring.

He said his team is young but prepared for its March 31 opener at home against Wappingers. “They’ve worked hard in the offseason,” he said.

The Blue Devils, who finished 8-9 last season, will be without All-Section midfielder Darrin Santos, who graduated. But they return midfielders Soliel Gaines, Will Sniffen, Giancarlo Carone and Evan Giachinta; attacker Rhys Robbins; and defender PJ Ruggiero. 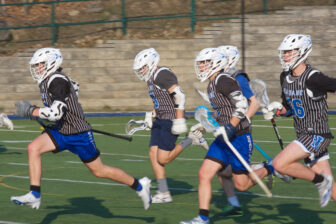 The Haldane boys worked out this week in preparation for their March 31 opener.

Crowe said he will look for Henkel, Ruggiero, Giachinta and Gaines to be leaders on and off the field. “Jordan did a great job for us in goal last year; Soliel is a senior leader, and the others are young, but they have experience and know what to expect.”

He said the team will need Giachinta, Gaugler, Ruggiero and Robbins to create offense. “I feel like we’ll be much stronger this year,” Crowe said of his front line. “We’re a much more complete unit than we have been in a long time.” The defensive leaders will be Tucker, Ruggiero, Stickle and Henkel.

“We do have a tough schedule, and there’s always some mentality that we’re the smallest program in the section. We always want to keep building,” Crowe said. “We’ve been to the sectional semifinals the last two years for the first time in program history. Our goal is to win the league, get to the sectional championship game and win it. We have to play well and we have to play smart, but I do believe this group has the firepower to make a run.”