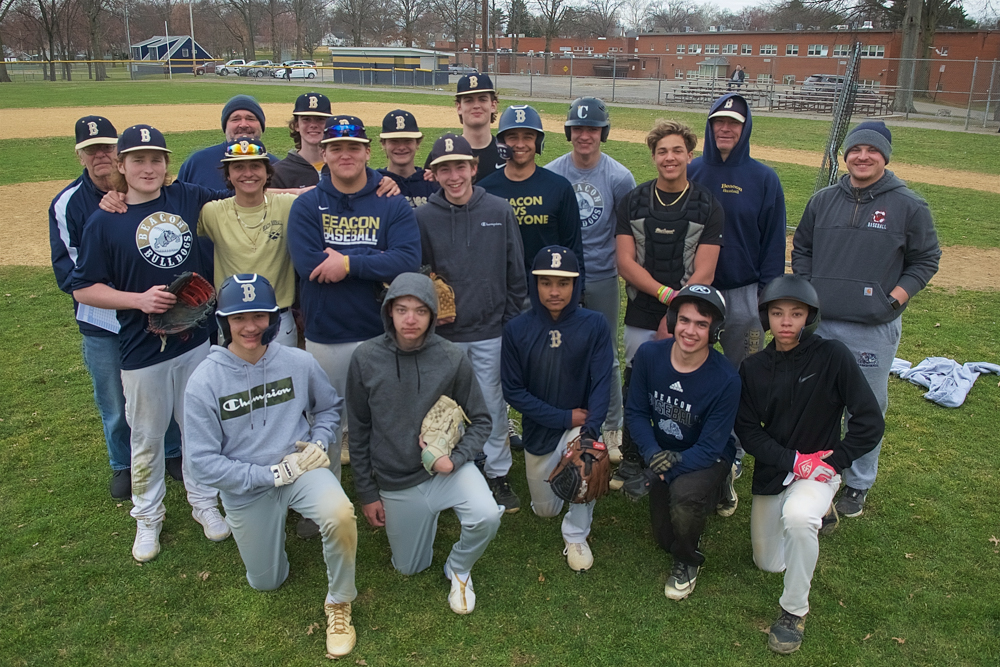 After finishing 9-11 and losing to Tappan Zee last year in the Section I playoffs, Beacon is ready to see what it can do in its new neighborhood.

The Beacon district moved to Section IX last fall, and so far its teams have been more competitive.

Beacon lost a few players to graduation — including outfielder Mike Lapere and pitcher Matt Manzoeillo, who were named to the All-County team — but Coach Bob Atwell sees potential in the 2022 Bulldogs.

“We have a lot of freshmen and sophomores,” he said. “But we do have some experience returning.”

Baseball starts with pitching, and Beacon returns a pair of right-handers: junior Joey Vollaro and senior Owen Brown. “We need them to take the lead,” said Atwell. “They both had a good preseason.”

Stepping onto the varsity mound for the first time will be senior Chase Green, sophomore Mikey Fontaine and freshman Derrick Heaton.

“Green is a great athlete and a good leader; Derrick was one of our top junior varsity pitchers, and Mikey has thrown a little bit,” the coach said. “They all need experience. Guys will be trying to attack the [strike] zone, and that can be difficult at the varsity level.”

Atwell says his club’s defense has been solid. “We can run out nine guys who can handle the glove, and the top of our [batting] lineup should be strong,” he said. “At the bottom we have some guys who haven’t played.”

Atwell is eager to see how his team will compete in Section IX. “We have a lot of good kids that are fun to be around; hopefully we can become a cohesive unit,” he said. “Winning games is always nice but it’s more about learning and improving every day.”

The Bulldogs are scheduled to open the season April 4 hosting Monticello.

The Basketball Coaches Association of New York on March 21 named their top 50 girls’ players in Section IX, including, among Class A schools, Reilly Landisi of Beacon.

The Dutchess County Basketball Coaches Association earlier this month named Jason Komisar of Beacon to its boys’ All-County team and Chase Green and Simrat Mann of Beacon to its All-Academic team.

Beacon went 18 games without a win last year, closing the season with a first-round playoff loss to Nanuet. It hopes for better results after the move to Section IX.

“The move has been good for other programs” at Beacon High School, noted Coach Michael Carofano. “We’re hoping for the same, although we’ll go into every game as an underdog.

“Going 0-18 was a tough year,” he said. The team returns nine players — eight seniors and a sophomore — “and they don’t want the season to be like last year. So far the attitude and atmosphere has been great, and that’s been a testament to our captains.” 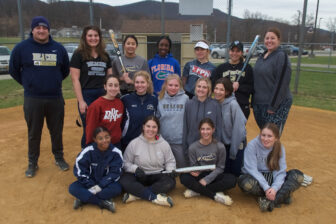 Leading the Bulldogs will be Leanna Rinaldi, Olivia Spiak and Haleigh Zukowski; each was named to the All-League team last season.

“They’re like an extension of the coaching staff,” Carofano said. “They all have a great attitude and will lead by example.”

Returning on the mound is senior Olivia Ciancanelli. “She’s mentally tough, she can handle adversity,” Carofano said. “She’ll roll with the punches, she doesn’t get too excited or too down. She did well against Section IX teams last season.”

Carofano said he’s looking for production from his veterans. “I’m expecting a lot from our returning seniors. We need them to produce at the plate and play good defense. It’s nice to see that we finally have some depth. This group is more well-rounded than we have been.”

Last year’s Beacon High School girls’ lacrosse team found wins hard to come by in Section I, but this year the Bulldogs have more experience and the move to Section IX should allow the team to be more competitive.

“I’m challenging my team to build confidence and cohesiveness as a unit,” said first-year coach Taylor Modica, who took over from Brian Lange. “Hopefully we can learn from our mistakes early. I have high hopes for this group of girls because they’re strong, confident and determined to make a name for themselves.” 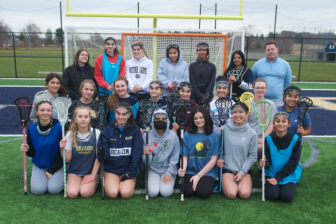 Beacon will look to seniors Lucy Diebboll and Maddie Bobnick, junior Anaya Camacho and sophomore Kasey Senior to guide the flow of play and to work with less experienced players.

“Lucy and Maddie are key players in maintaining a strong defense and keeping the defensive players in a calm state,” Modica said. “They both have great field awareness. Anaya is a well-rounded attack player who has the ability to make quick decisions on the field. I can rely on her to be the playmaker. And Kasey is a younger player but stands out. She has so much talent.”