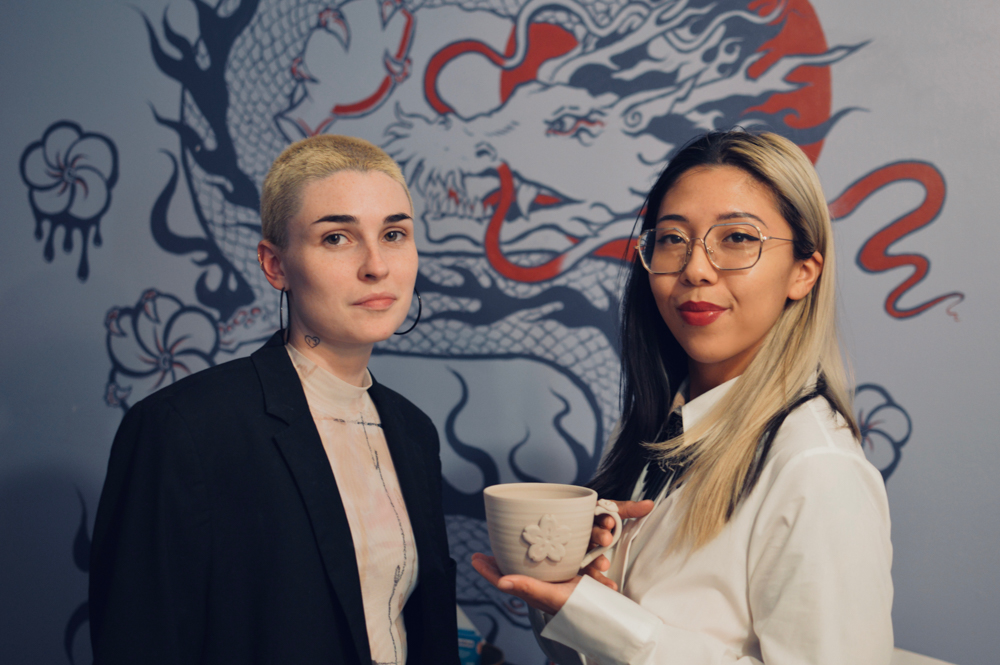 For Dani Rzepnicki, the owner of Silica Studio in Beacon, ceramics is an art form but also something to put to use.

“If you interact heavily with what you’re making, it brings up the quality of life,” she says. Surrounding yourself with handmade items that are functional “gives you a healthy mindfulness.”

Rzepnicki, who has been studying ceramics since high school, decided the time was right to open a public pottery studio — “a place for people to come in and get creative.”

Since it opened in August, Silica has attracted mostly beginners, she says, including “people who are ex-corporate world — one was a foreign exchange hedge fund manager — who are trying to reinvent themselves and bring some vibrancy and creativity back into their lives.” Potters with more experience typically need more space than the narrow gallery can provide, she says, and the artists who use the wheels are usually learning precise hand movements. 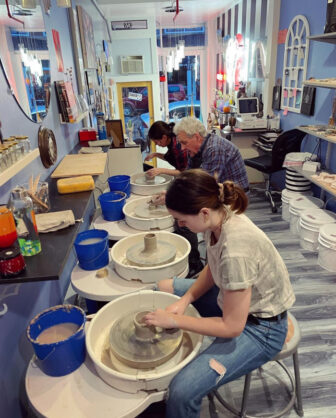 The studio is “curated to each person and their goals,” Rzepnicki says. “I have a member who wants to practice by herself. Another wants to take as many precision learning classes as she can. Some people have tremors, some have long nails — everyone has different hands and movement. You can use a sponge, knuckles, fingertips in multiple ways to make the clay rise and make a piece. We’re not a place where a teacher just does a demo for a large class.”

Rzepnicki, who grew up in Kingston and spent a lot of time in New Paltz, says she has always been interested in art, despite prodding from her first-generation Mexican and third-generation Japanese families to pursue medicine or engineering.

“I remember talking to my family about wanting to go to Pratt Institute for an arts degree and my uncle said, ‘We’re Mexican; we don’t do that.’ For a while I was going to go into medicine, but I knew I’d be miserable. Ceramics was my first and main discipline. I was an illustrator growing up, but I got fixated on clay in high school, mainly hand-building, which I honed.”

Some family members were supportive, she says, “which I was thankful for. But I felt like it had taken so long for me to accept myself that I was complacent at moments that needed active decision-making, when I should have been looking for schools and programs.”

She wound up at a community college, where she usually spent all night in the art studio, “breaking curfew, because of my obsession,” she says. She learned technique from potters such as Christine Owen and Joy Brown, and also “got a peek into their lives, which made me feel like this was the path I wanted to go on. After a while, whatever medium you practice, you get an eye for quality and begin to see the small imperfections that others may not. Being a master is being able to see the small details others may look over.”

Rzepnicki moved to Beacon where a friend told her of a position at Niche Modern, designers of handmade lighting and chandelier fixtures, in which she could learn to blow glass.

“I picked it up pretty quickly, probably because I have a trained eye for centering,” she says. “Your entire body has to engage — your mind and your fingers have to synchronize.” She remains a glassblower and studio technician there.

In addition to the studio space, Silica Studio hosts a gallery that shows mostly ceramics by artists from the Hudson Valley, as well as Rzepnicki’s pieces. The pieces are a mix — “elegant glasswork mixed with something comic,” she says. “It’s a culture clash, which is also me as a person: I’ve had identity crises my whole life!”

Silica is located in a narrow space, which can raise concerns about COVID-19, Rzepnicki says. The staff is vaccinated, and she tells clients Silica will do whatever makes them feel comfortable. “I was naïve in the beginning about when things would go back to normal, but we haven’t had any issues,” she says.

She says many people who pass by on Main Street “freak out with excitement — there’s a space for people to make art. They can try it and don’t have to commit.” She adds that the studio is LGBTQ+ friendly and “a safe space for kids in the queer community to come and be comfortable.”