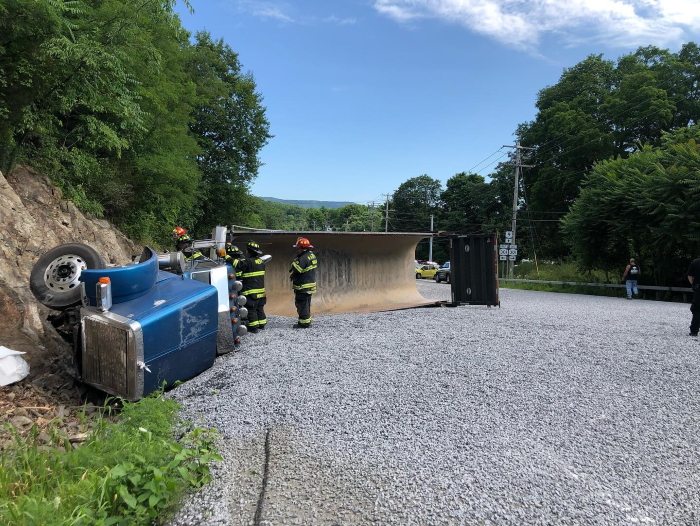 STONE SPILL — A gravel truck that missed a red light at Routes 9 and 301 in Philipstown on July 15 struck two cars and overturned, closing Route 9 for 4½ hours. There were no serious injuries. The Putnam County Sheriff’s Department said the truck was driven by a 22-year-old Garrison resident, and both cars by Cold Spring residents. (Photo by Maya Beck/Philipstown Volunteer Ambulance Corp) 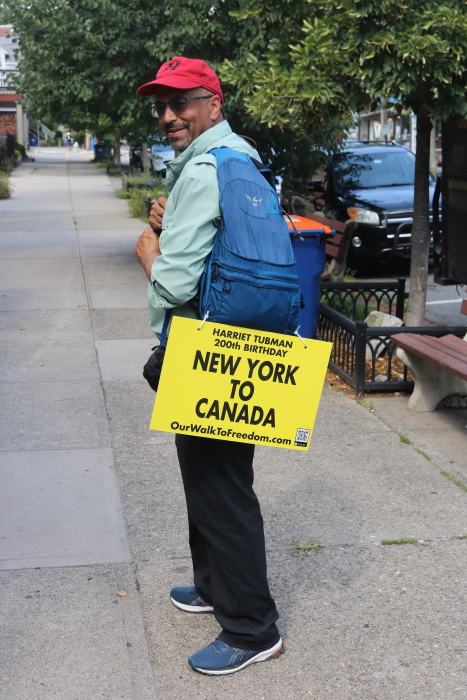 HIKING FOR HARRIET — Ken Johnston, who lives in Philadelphia, is marking abolitionist Harriet Tubman’s 200th birthday by hiking from Maryland, where she rescued her two enslaved brothers in 1854, to St. Catherine’s, Ontario, Canada, where she lived for a time before returning to New York. Johnston, who stopped in Cold Spring on Tuesday (July 19), expects it will take six weeks to cover the remaining 500 miles. He sleeps in a tent but welcomes tips about overnight hosts and messages of encouragement. Email [email protected] (Photo by Michael Turton) 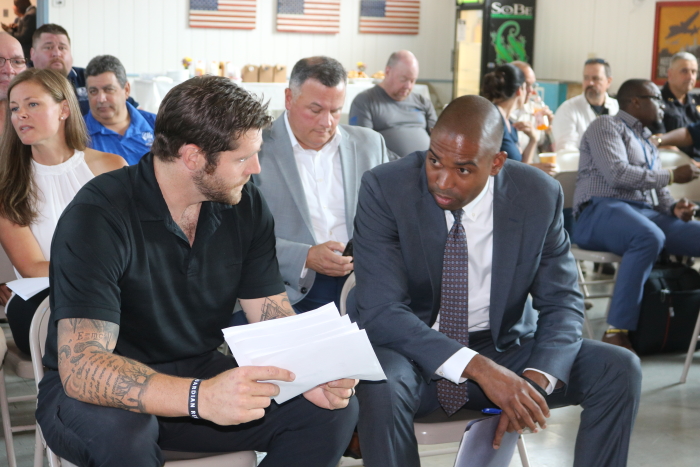 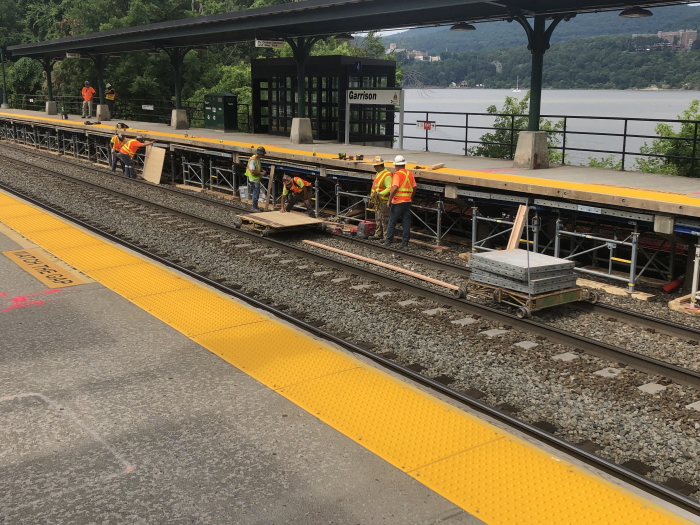 STATION FIXES — Metro-North has begun replacing the edges of the station platforms at Cold Spring and Garrison (shown here), work that will continue through October. From 11 p.m. on Fridays to 4 a.m. on Mondays, all trains will operate on one track. (Photo by Chip Rowe) 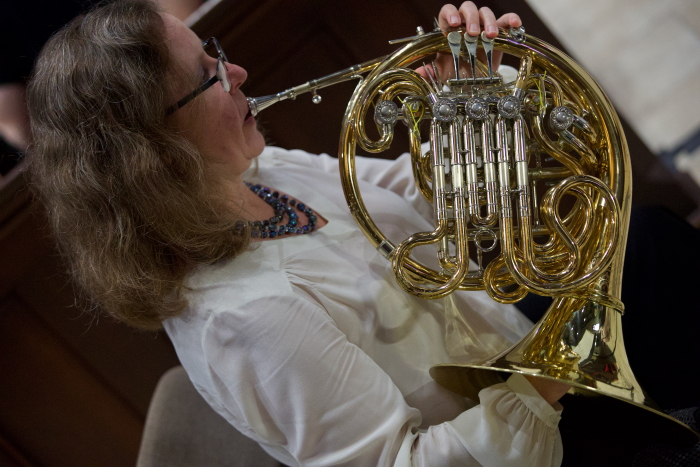 CHAMBER CONCERT — The Doansburg Chamber Ensemble, with Christine Smith of Mahopac (flute and alto), Joy Plaisted of Garrison (harp) and Susan LaFever of Saddle River, New Jersey (French horn), performed at St. Mary’s Church in Cold Spring on July 16. ). The first performance of the ensemble, whose members fluctuate, was in 1985 at the Old Southeast Church in what was once Doansburg. (Photo by Ross Corsair)