She was a parishioner of St. Joachim-St. John the Evangelist in Beacon. She enjoyed bowling and travel with her husband (especially to St. Martin) and cruising. She was a season ticket holder for the Hudson Valley Renegades, including this season. She often accompanied her husband to Knights of Columbus events.

She is survived by her siblings, Jeannette Lee of Beacon and Henry Baxter Jr. (Donna) Exton, Pennsylvania; and her nieces and nephews: Kimberly Cacchiani, Matthew Lee, Kelly Edouard, Rebecca Baxter and Joseph Baxter.

A Mass of Christian Burial was offered Aug. 12 at St. Joachim Church, followed by interment at Fishkill Rural Cemetery. Memorial donations may be made to St. Joachim-St. John the Evangelist Church (stjoachim-stjohn.org). 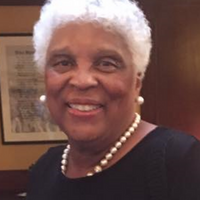 In 1958 she married Robert Moody, who died before her.

Maxine was a fourth-grade teacher by the Beacon City School District for 34 years. Over the years, she received letters from some of her former students who would tell her how they became successful because of the things they learned from her, her family said.

Maxine grew up attending Samuel Chapel Baptist Church, where she remained a member until she joined Ebenezer Baptist Church in 1958. She became a charter member of the newly incepted Baptist Temple Church in 1976. Maxine was a member of the church choir for many years and spearheaded and oversaw many physical renovation and installation projects. She was able to see the completion of the church’s roof before she passed away.

Maxine loved to travel and did so as often as she could. She also enjoyed attending shows on and off Broadway. She attended movies, shows and concerts with her friends. She was an energetic woman and directed her energy toward exercise, jazzercise, yoga, walking and Zumba classes. She volunteered twice a week at Habitat for Humanity’s ReStore, where she made many friends.

Services were held Aug. 9 at Baptist Temple Church in Newburgh. Memorial donations may be made to the church’s Rebuilding the Wall Fund (7 William St., Newburgh, NY 12550). 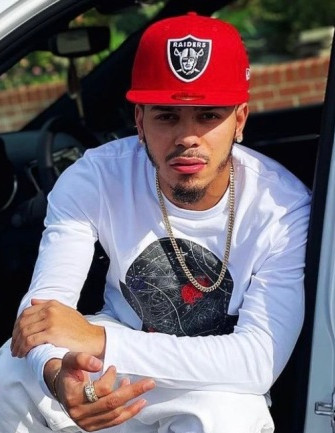 He was born April 24, 1994, at Vassar Brothers Hospital in Poughkeepsie, the son of Gisselle Nieves. He graduated from Beacon High School.

Darren loved music and was pursuing his dream as a performing artist. He loved being a father and “had a smile that could end all sorrows,” his family said.