He was born Jan. 5, 1957, in Beacon, the son of Ethel Mae Barksdale, and attended Beacon schools. David worked for the Hyde Park School District as a bus driver.

He is survived by his siblings; Melody Barksdale of Kingston, Roger Barksdale of Waterbury, Connecticut, and Sterling Barksdale of Poughkeepsie. His mother and three siblings died before him.

He was born June 10, 1949, in Brooklyn, and raised there, the son of MacClaren Best and Marjorie Thompson.

He is survived by his daughters, Allyia and Natasha. A graveside service was held Sept. 6 at Rockville Cemetery in Lynnbrook.

She was born April 4, 1927 in Warren, Ohio, the daughter of John (Zoltan) and Elizabeth Ann (Szakacs) Gilanyi.

She married Emerson “Red” Durst in 1948 and they lived in Ohio, Pennsylvania, South Carolina and New York. Red died in 1994. 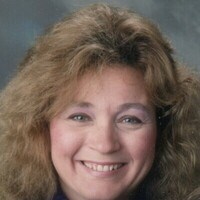 She was born in Newburgh on Sept. 8, 1948, the daughter of John and Sylvia (Macri) Silvagni. She grew up in Newburgh before earning a bachelor’s degree in education from Mount Saint Mary College and a master’s degree from SUNY New Paltz.  She went on to teach for many years in the Newburgh school district and inspired both of her daughters to become teachers. She retired in 1996 after suffering a cerebral aneurysm.

Linda is survived by her daughters, Jodi Connolly (Michael Connolly) of Washingtonville and Jessica Ohlhoff (Derrick) of Milton, as well as six grandchildren: Grace, Sylvia, Joseph and Colin Ohlhoff and Mick and Lena Connolly. She is also survived by her sister, Sharon Silvagni, and a sister-in-law, Lynne Silvagni.

A Mass of Christian Burial was held on Aug. 16. Memorial donations may be made to St. Jude Children’s Research Hospital (stjude.org).

He was born in Troy on Jan. 29, 1948, the son of Richard and Ada (Pangburn) Youngs. He graduated from Troy High School in 1965 and the Clarkson College of Technology in 1969 before joining Texaco’s research and development group in Beacon. It was there he met his future wife, Kathleen Nicholson, whom he married in 1970.

Howard enjoyed donating his time to volunteer fire departments, playing in pick-up hockey games, gardening, meteorology and building overly-engineered home improvement projects. He had various jobs from New York City up to the Capitol District area; the family moved to Tucson in 1993.

Along with his wife of 52 years, he is survived by his children, Mark Youngs and Wendy Youngs; and his grandchildren, Maleah Gonzales and Joshua Gonzales. He is also survived by his siblings, David Youngs (Christine); Linda Mitchell and Chris Vitolins; his sisters-in-law, Christine Sutphin (Bruce) and Eileen Leith (Bill); and a brother-in-law, John Nicholson (Sue).

Memorial donations may be made to the Northwest Fire Department at Station 38, 13535 N. Marana Main St., Marana, AZ 85653 or to a charity of choice. Per his wishes, Howard’s family donated his body to Research for Life (researchforlife.org) for medical research.