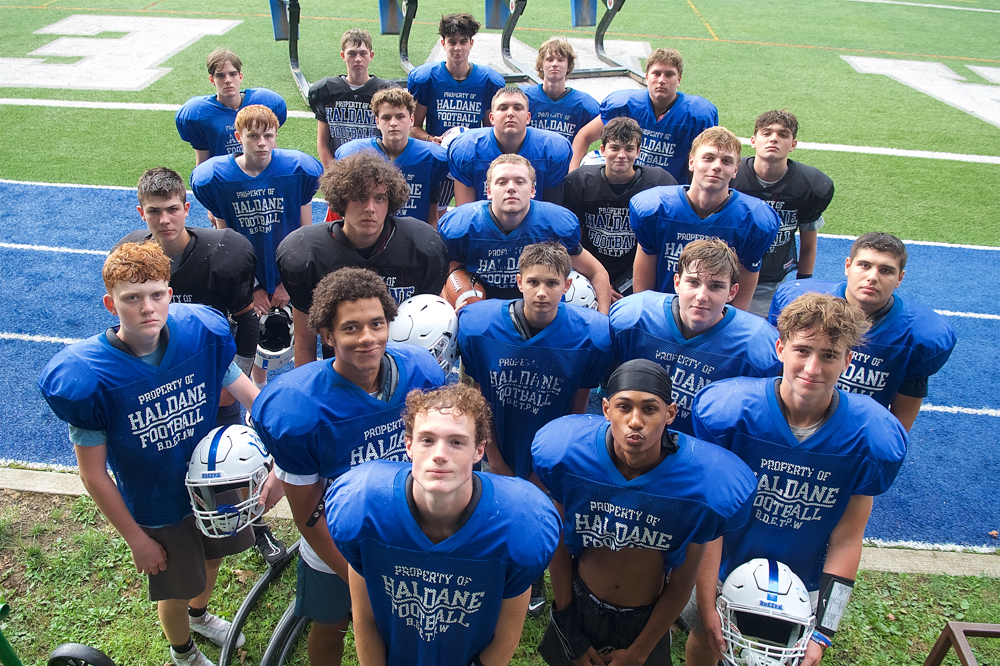 The Blue Devils hope to return to the regional tournament. (Photos by S. Pearlman)

Haldane Coach Ryan McConville is looking to a group of experienced and athletic returning players to guide this year’s edition of the Blue Devils football team through the regular season and into the playoff battle.

Haldane lost to Moriah in the first round of last year’s regional tournament after earning an at-large bid following a loss in the Section I, Class D title game to Tuckahoe. The team finished 6-4.

The Blue Devils open the season on Saturday (Sept. 10) at Irvington. Its home opener, against Albertus Magnus, is scheduled for 1:30 p.m. on Sept. 17. 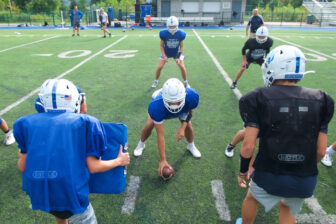 Haldane opens its season on Saturday at Irvington.

“We have guys returning who have played significant minutes in the sectionals and the regionals,” McConville said. “They’ve had a lot of playing time, and opportunities, so we’re excited about the experience they have.”

There are question marks, including the offensive line and secondary, but the team is hoping Van Tassel and Giachinta will provide a spark at the skill positions.

“Both of them started every game as sophomores,” McConville said. “Evan can run the ball, and he can also catch. And Ryan has improved the mental aspect of his game.

“We’re looking to replicate a lot of our explosive plays from last year,” he said. “We want to have tempo on offense, and our defense allowed just 16.5 points per game last year — that’s in the top three in our league. Our goal is to replicate that: Play fast and force turnovers.”

The Bulldogs had a solid season last fall — their first competing in Section IX after a move from Section I — going 5-3 before losing in the first round of the playoffs to Washingtonville.

“We have a lot of big, physical athletes,” said Phelan. “We’re young, with a lot of new players, and our success will be based around how we play in the trenches.”

Urbanak will take over as quarterback. “Danny works very hard,” Phelan said. “He went from being a soccer goalie and punter to being our QB, and making nice deep throws. And he makes good decisions. It will be interesting to see how we do with our taller playmakers on the outside. We have bigger receivers than we have had in the past, and we’re hoping with that size we can do some things, take advantage of some mismatches.”

The Bulldogs will be tested the first four weeks of the season, hosting Warwick Valley at 6 p.m. today (Sept. 9), followed by road games at Valley Central, Monroe-Woodbury and Goshen.